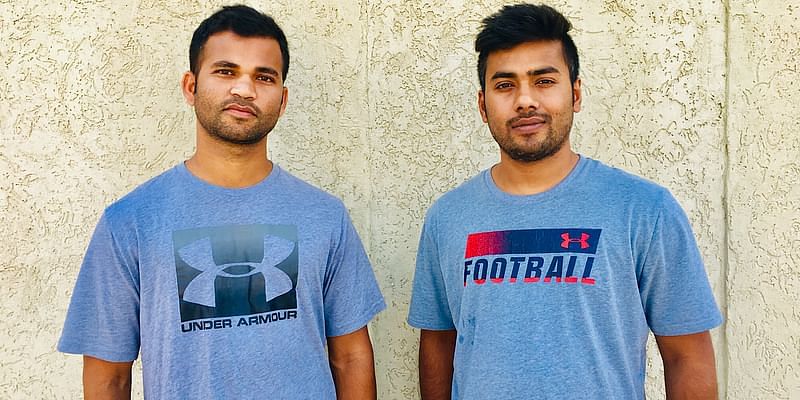 English is one of the most difficult languages to learn, both for learners and native speakers alike. It is also one of the most prominently used languages in India. However, despite English being the medium of instruction in most schools, not many students are able to master the language.

Bishnu Acharya, who hails from Bhubaneswar, Odisha, was no different. When he was preparing for his engineering entrance exam and later for GRE, he faced issues while preparing for the English language section.

“There is so much to learn in English and you need to know so much vocabulary to clear the exam. Many students study English in school across the country, but they still don’t have a good vocabulary,” says Bishnu.

He decided to solve this problem and started working on an app called Vocab Guru while still working as a senior data analyst at Google in Silicon Valley. He was joined by his schoolmate Neelachal Biswal as co-founder.

The Pune-based startup is an edtech platform for students between the ages of 10 and 35 years. Launched in 2019, the platform helps students get a command over the English language and vocabulary, which will help them perform better in competitive exams including GRE, CAT, and bank exams. It also offers overall personality development quizzes for interviews and client calls.

The platform is focused on improving the English language for students studying in schools and colleges through quizzes.

“At present, we offer grammar, comprehension, idioms and phrases, current affairs, among many other things for daily practice and also focus on personality development,” says Bishnu.

Once users log in to the platform, it gives options, including English lessons for exam preparation, classes for daily conversation, etc.

There are mostly quizzes and news articles at this point for students to practice. But live classes and video will be added soon as the product grows further, says Bishnu.

The business and plans ahead

Vocab Guru offers one free practice test in every vertical, and others can be accessed after paying. The paid programmes range between Rs 299 and Rs 999 offering night mode, access to all words and videos, word book, stories, and progress tracker among other things.

“The app is currently being used for English. But there can be many use cases like teaching the basics of Maths. Many students suffer in Maths because they do not understand the concepts. That would probably be the next addition to our app,” says Bishnu.

The startup is currently looking to raise money from investors and the funds will be used for marketing and acquiring more users for the platform, among many other things.

So far, the two founders have invested $100,000 and have raised $70,000 from angel investors. Times Internet and Amazon have also backed the app by providing marketing ad spaces and web services, respectively.

Vocab Guru, like many other edtech startups, recorded a rise in its userbase as pandemic-led lockdowns brought more students online.

However, as the product grows, the lean team is also facing a bigger challenge when it comes to adding new features. For instance, live classes can only be added after a few teachers are added. And teachers can only be onboarded after thorough interviews and training.

Doing this with a lean team takes a lot of effort and time as well, says Bishnu. This challenge is faced by most early-stage ventures who cannot afford to hire many people and grow their teams as they try to grow with less cash burn.

In 2020, Indian edtech startups raised $2 billion across 99 deals, according to YS Research. The sector — dominated by the likes of BYJU’S and Unacademy — is estimated to grow even further as more subsections are tapped apart from school education.

But Vocab Guru is looking to compete with specialised players including CueMath and Doubt Nut. Bishnu claims the app will soon be available on Reliance Jio’s app stores and will also be present in the telecom giant’s feature phones.

On a mission to be the ‘Affirm for B2B,’ Vartana secures $57M in debt, equity – TechCrunch

4 Amazing Ways to Earn Passive Income with Your Property

Why a Great Website Is Vital for Your Startup

Stonepeak invests €1B in Inspired as private schools bounce back