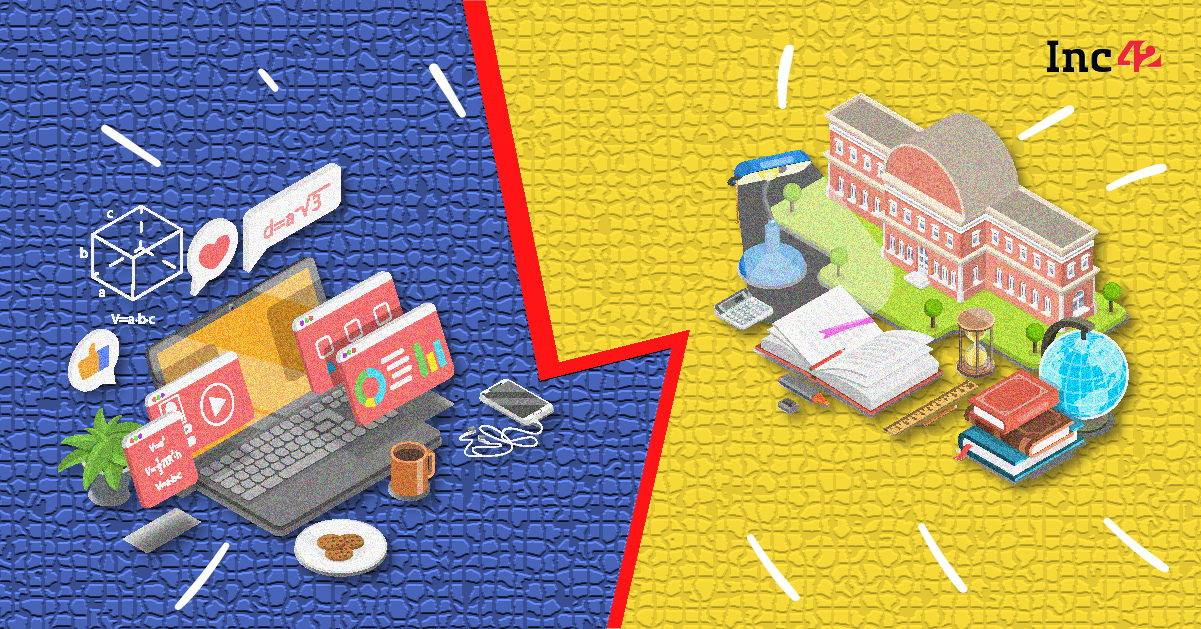 The ongoing battle between offline education centres and edtech companies is set to get fiercer as some of the top Indian coaching institutes and hybrid education centres are in the process of approaching the Prime Minister’s Office (PMO) against the edtech startups.

The coaching institutes are drafting a communication addressed to Prime Minister Narendra Modi and various other ministries, two sources aware of the development told Inc42.

The letter, as per the sources, will call for “key changes in the education policy” in the light of the recent foray of edtech giants like BYJU’S, Unacademy into offline education vertical.

One of the sources said that the coaching centres are allegedly violating India’s competition laws as well as following unethical marketing/ advertising practices, which involve poaching of students and teachers by offering deep discounts for courses and exorbitant salary increments, respectively.

“Some of these coaching institutes could be seen approaching the Competition Commission of India (CCI) for intervention, although that has not been finalised yet. The contention is not to put a legal heavy fight for the edtech companies, but to have in place a regulation/ policy which monitors the private tuitions market,” a source privy to the developments said.

The development comes after Congress Member of Parliament (MP) Karti Chidambaram last week said he had written a letter to the Serious Fraud Investigation Office (SFIO) to investigate the finances of edtech decacorn BYJU’S. The edtech giant has been in the news for not filing its FY21 results. BYJU’S had earlier said that it will file its financial results by July 15.

In the letter, Chidambaram said that various news reports have made “grave allegations” against the edtech startup.

Chidambaram said that after the announcement of $800 Mn fundraise in March 2022 by BYJU’S, with participation from CEO and cofounder Byju Raveendran, Sumeru Ventures, Vitruvian Partners and BlackRock, the edtech startup issued Series F preference shares to Vitruvian Partners, as per its regulatory filings. However, there is no such filing for Sumeru Ventures or BlackRock.

“This raises a question of the missing INR 2,500 Cr in the company’s funding,” the MP said.

The catch, according to the advertisements’ terms and conditions, was that only students enrolled/ registered with other coaching institutes would get the discount.

Unacademy’s sales and marketing team told Inc42 that it was an early-bird offer valid for only 15 days, and has now expired.

“It meant that in case a student, who has already paid annual fees to a rival coaching institute to the tune of Rs 1 lakh and above, wants to switch to Unacademy, since the top teachers have left those institutes, he/she will have to just pay INR 5,000 and study at Unacademy,” a sales representative of Unacademy said.

The sources said that such of advertisements have led to fresh discontent among educational institutions who have alleged that such practices are anti-competitive.

Although Unacademy now charges the same fees as other top institutes like Allen Career Institute for individual courses, various students in Kota told Inc42 that the edtech company still offers a 10% discount on courses if teachers refer the students.

A detailed questionnaire sent to Unacademy on the issue did not elicit any response till the time of publication of this copy.

Unacademy Vs Allen: Next Court Hearing On August 8

All eyes are also on the ongoing legal battle between Allen and its former teachers. Allen has filed a plea under Section 9 of the Arbitration and Conciliation Act against 20 of its former teachers, who left to join offline centres started by edtech startups, mostly Unacademy, in Jaipur Commercial Court.

The pleas said that teachers leaving Allen “has led to abandonment of students” in mid-sessions when crucial exams are underway.

“The Court has passed an interim order in favour of Allen in all 20 petitions restraining the respondents from using any IP, trade secret, study material of Allen. Disciplinary proceedings against the said faculty members are under underway for leaving the students in lurch,”  a source privy to the proceedings said.

During the last hearing on June 30, the teachers contested Allen’s pleas on the grounds of non-enforceability of several clauses in the employment contracts, which according to them are against the basic constitutional right of the employees, the sources told Inc42.

The teachers further told the court that Allen did not give a copy of the contract to them at the time of their appointment.

Last month, Allen cofounder and director Brajesh Maheshwari warned teachers against moving to offline coaching centres set up by the edtech players. Unacademy recently roped in several teachers who had been instrumental in Allen’s growth in the past.

In a video statement, Maheshwari claimed that Allen would take action against teachers who leave the company for edtech platforms, including blacklisting them from working with Allen or its partners again.

Maheshwari stated that the institute would also look to retaliate against any platform looking to poach teachers. He accused the teachers of being greedy and said that Allen has over 11,000 employees and that the departure of one or two teachers will not impact the company.

Nanonets Raises $10 Mn Funding In Series A Funding Round

The Startup Magazine Benefits of Hiring an Elder Abuse Lawyer

With $2.4M seed, Zing Data wants to put data analysis in the palm of your hand – TechCrunch

How Startups Can Get Funding