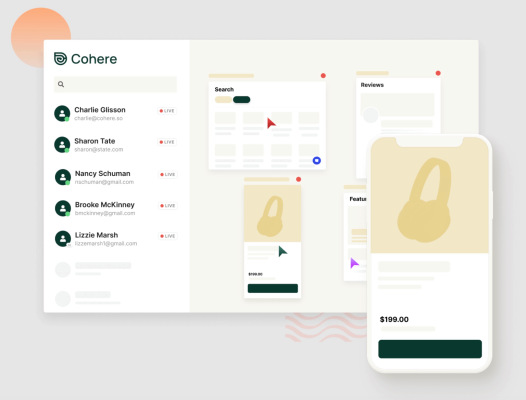 Existing remote desktop solutions like LogMeIn and TeamViewer can be complicated to set up and use, and can feel dated. A new startup called Cohere, now backed by $3.1 million in seed funding, aims to improve on the remote desktop and screen-sharing experience. With Cohere’s technology, businesses can help customers in seconds by taking instant control of their screen without any downloads or setup on the customer’s end.

That ease-of-use has already gained the startup over 50 paying customers for its product, including TC Disrupt 2020 winner Canix, CopyAI, Ramp and others. It also signed its first enterprise client with Podium.

The idea for Cohere actually emerged during the pandemic, during a hackathon focused on remote work. The team won the event and decided to take their project to Y Combinator for further development.

Essentially, Cohere is designed to make it easier for teams, whether small founders or large enterprises, to help solve their customers’ issues. Instead of requiring a software download or complicated install process, customers can just click a button on a website to allow remote control of their screen. This can save time, as the support person on the other end doesn’t have to ask a million questions about which screen the customer is on or what they see, or direct them where to click — they can just take over.

“It lets you see what people are seeing just like that, with no setup,” says Sengottuvelu. “You can just show them — just like you’re sitting next to them.” 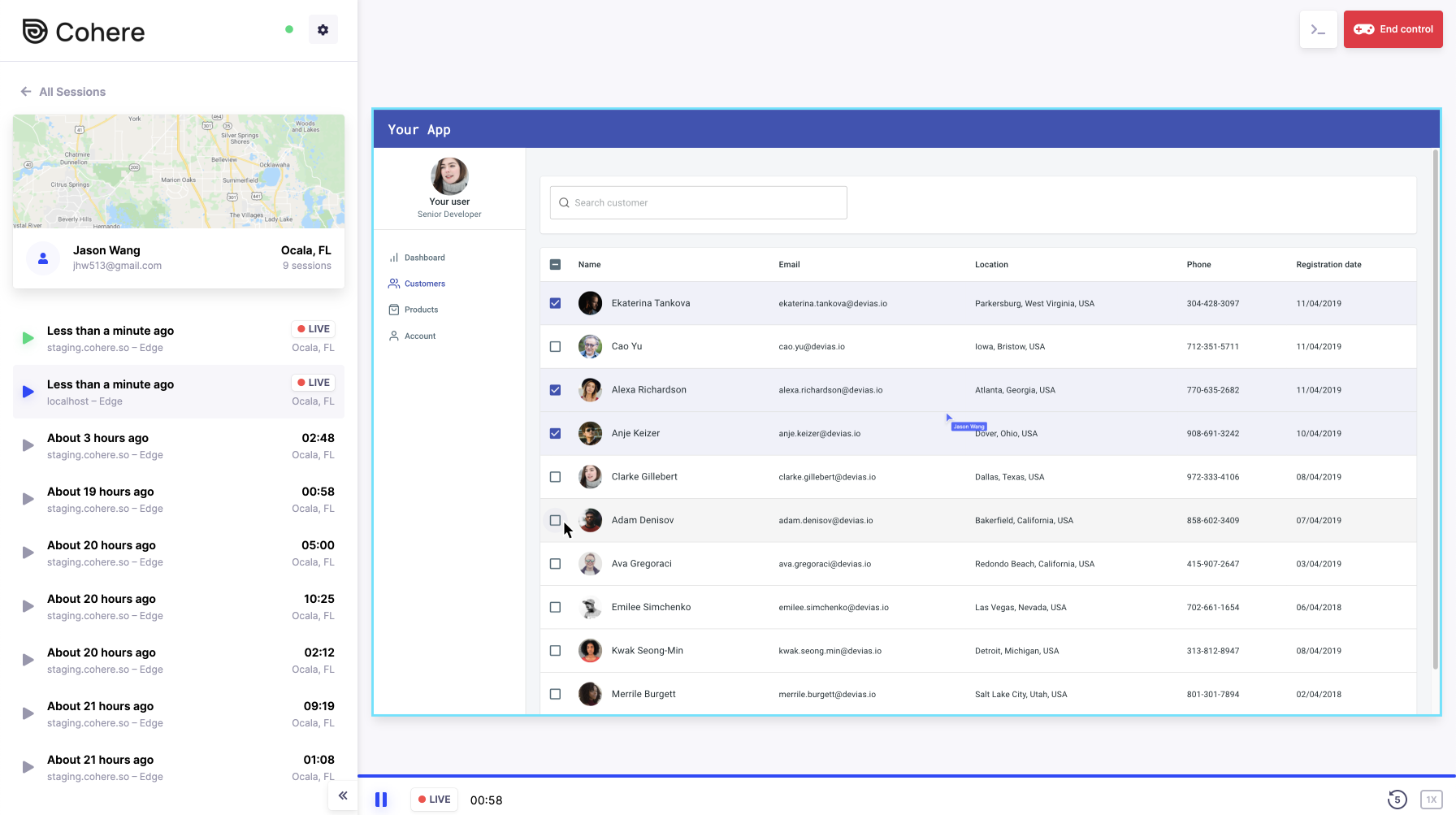 But what makes Cohere different is it’s not a full remote desktop solution where the person on the other end is taking over someone’s computer — the service instead only forwards the contents of the individual web page the person is currently viewing. The application developer, that is, can only view what a user is doing on their own website. They can’t switch tabs or minimize the browser to poke around in the user’s PC more broadly.

“We don’t operate on the pixel level, like a normal screen share does, where they take a picture of your screen 60 times a second and try to send it over the wire,” explains Lin.

The startup’s technology itself is based on capturing the web page’s state — a picture of the DOM, so to speak, for those who understand the terminology. It then leverages things like MutationObservers and WebSockets to make it possible to quickly see changes to the web pages in real time. Cohere also spent time to make sure it works with a range of web technologies and frameworks, including React, Iframe, Canvas, Vue, Angular and others. In time, it wants to expand support to more platforms and technologies.

“We capture the content of the page,” Lin says. “So, we are able to selectively filter out sensitive information like credit card info, passwords or Social Security numbers — any personally identifiable information,” he adds. 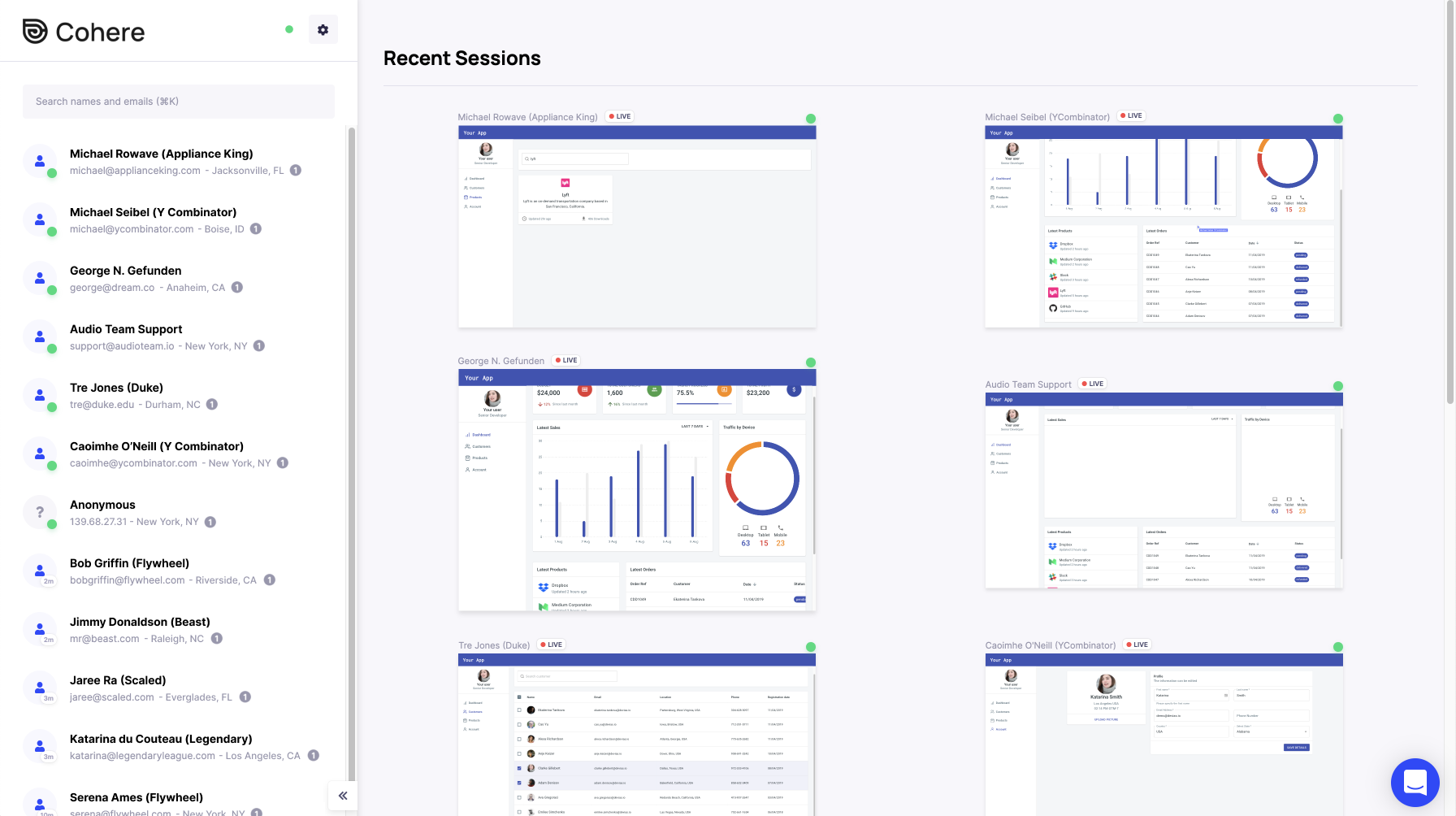 The remote viewer also can’t take control until the user accepts, and then the user can boot them at any time with a click of an “X” button at the top of the screen.

In addition to these security controls, Cohere is SOC 2 Type 1, GDPR and CCPA compliant.

At present, Cohere works on both desktop and mobile browsers, including Chrome, Firefox, Edge and Safari. And it’s designed to be integrated with a business’s existing tools, like Zendesk, Slack, Salesforce and Intercom, with more to come.

While the product to some extent competes with older remote desktop apps, its newer Cohere Replay feature allows businesses to go back in time to view their customer sessions retroactively. 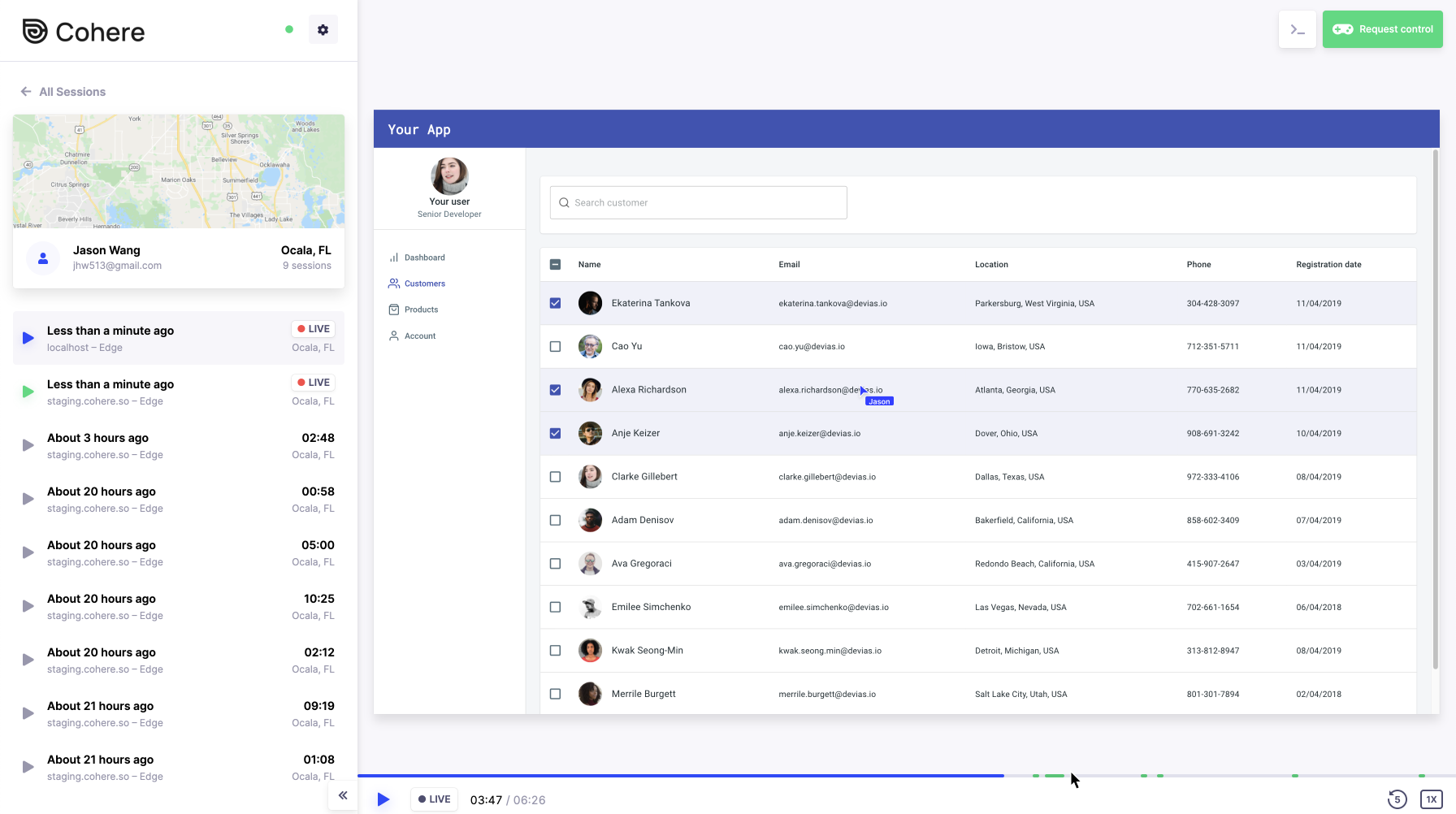 Because the product is limited to web apps and is not a full remote desktop solution it tends to be used primarily for things like customer support and user onboarding. Early-stage startups have also used it as they give tours to their first customers and learn from how the customers use the product in real time.

The paid service begins at $49 per user per month and is $39 for larger teams.

Cohere first launched around seven months ago, during its Y Combinator batch.

New York-based Cohere, currently consisting only of the three co-founders, will use the additional funds to hire in sales, engineering and product. It will also devote some capital to building out the enterprise sales process, and expand its integrations and use cases.

How to Audit Your Personal Finances

Insurance Companies Can Launch Products Without Prior Approval: IRDAI