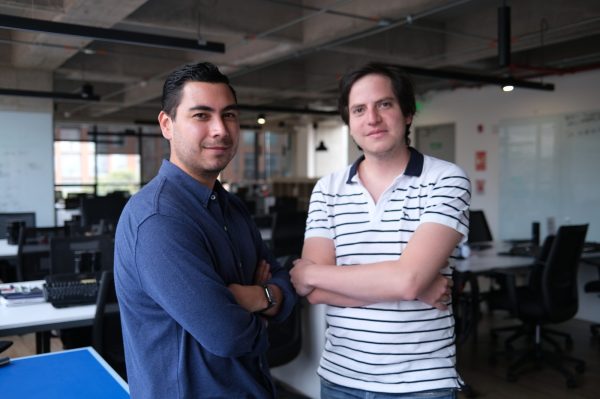 Infrastructure startups continue to attract venture dollars across the globe, especially in the case of payments infrastructure providers. No-code too also remains a draw. A startup that is a blend of the two can be found in Bogota, Colombia-based Simetrik, which just raised $20 million in a Series A funding round at a valuation “north of $100 million.”

The startup says its infrastructure “delivers greater control and transparency” over a company’s financial transactions by automating reconciliation through a no-code offering. In other words, ​​says co-founder and COO Santiago Gomez, the company’s software automates reconciliation for financial teams that have a high number of transactions and reports. It works by reconciling that financial information with the aim of providing “real-time visibility, traceability and cleaned information” to their finances.

“What makes us better than competitors is the fact that it is provided as a service, where finance teams are independent from tech teams in configuring a big data back end with a spreadsheet-like interface,” Gomez told TC.

The startup was founded in 2019 after a pivot from an e-commerce company called Ropeo that came out of Y Combinator’s Winter 2018 cohort. It has been growing 20% month-over-month in the past year and expects to end the year with about $10 million in annual recurring revenue, according to co-founder and CEO Alejandro Casas.

“We’re investing over 45% of our revenue and funding in developing product,” he said.

Simetrik recently began offering a payment methods orchestrator, which it says allows payment services companies to be able to connect directly to different payment methods. This has the potential to save the companies months of work and thousands of dollars in investment, according to Gomez.

“As the payment methods landscape becomes increasingly saturated and complex — from the proliferation of BNPL, issuers, wallets and loyalty programs to crypto-wallets and cash networks — payment orchestrators like Simetrik will be key for money movement and data ledgers,” Gomez said.

In the past two years since it launched, the startup says it has reconciled $75 billion of TPV (total portfolio value) per year. Today, it has 45 clients across 10 countries and is processing transactions in 25 countries. Customers include a number of high-growth Latin American entities such as Rappi, Mercado Libre, Bancolombia, Clip, Ualá, DLocal, Nubank, Oxxo and Payu. It also recently landed Chai Payments out of South Korea as a customer.

“The experience of working closely with payment and fintech companies made us realize that there are still many obstacles for companies that use many different types of payment methods to satisfy increasing demand,” Casas said. “We’re seeing rapid growth in the payment methods space at a global level, with new companies coming onto the market everyday.”

New York City-based FinTech Collective led the Series A financing, which also included participation from Tiger Global and Moore Capital, along with existing backers such as Cometa (which led the company’s seed round) and Monashees. Several angel investors, including — but not limited to — Addi CEO Santiago Suarez and Jason Pate, head of corporate strategy and development at Plaid, also put money in the round.

Carlos Alonso Torras, principal at FinTech Collective and the firm’s head of emerging markets, said his firm was drawn to the team’s “focus and tenacity.”

“The reconciliation technology already deployed by the company powerfully complements its vision of building a payment orchestration platform. Simetrik is uniquely positioned to build out the latter from such a vantage point, while possessing a deep understanding of the operational needs and processes of LatAms top tech players,” Torras told TC. “That is besides the no-code solution’s actual ability to automate reconciliation, which addresses a fundamental pain point within a region digitizing at breakneck speed.”

“Simetrik has built a foundation to scale aggressively, beyond Latin America,” he added.

The company says it will use its new capital in part toward hiring. One year ago, it had 72 employees. Presently, it has nearly 200, with plans to hire 100 more employees globally. It also plans to put the funds toward continuing to develop the orchestrator and expand into EMEA and APAC.

Licious Cofounder On The Secret Sauce Behind Its INR 1,000 Cr ARR

Early-stage investment heats up, and biggies want a piece of this pie

Asset financiers to the rescue as Bolt plans to sign-up 200,000 new drivers in Africa to meet growing demand for ride-hailing services – TechCrunch

Stripe is the latest fintech to falter, taking a 28% internal valuation cut – TechCrunch