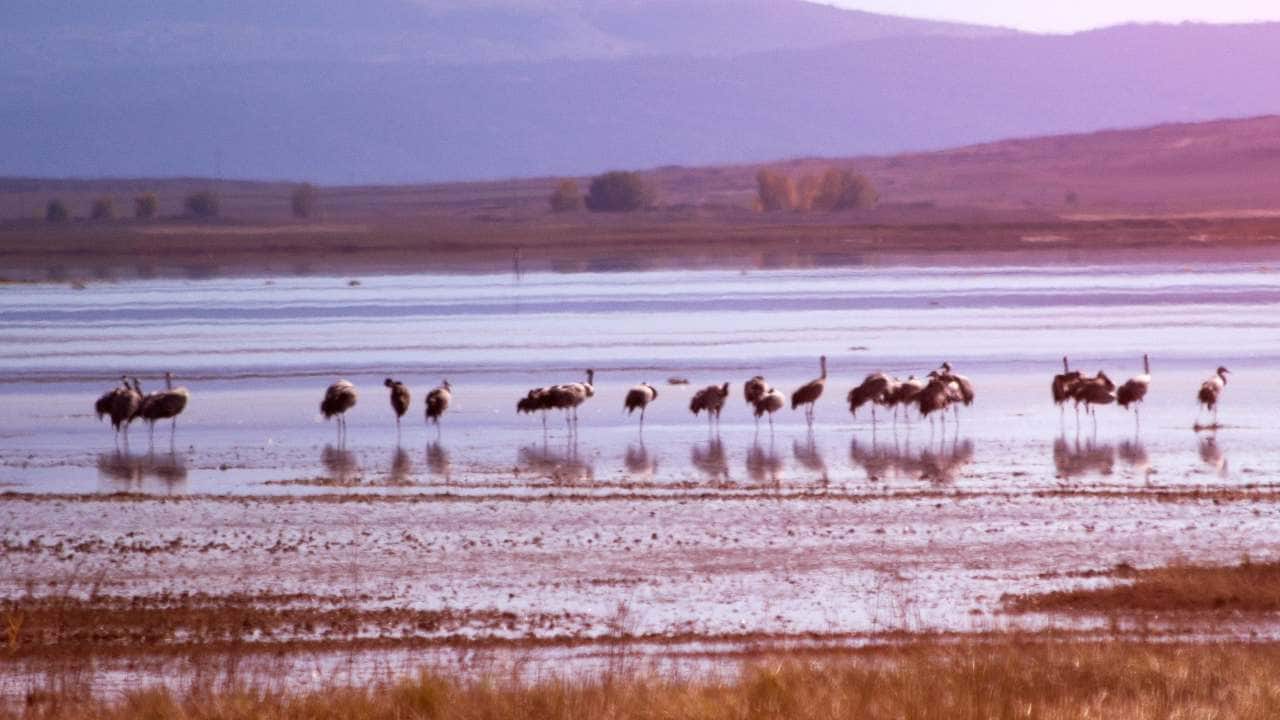 An “official” virtual opening of the COP15 meeting hosted by China will take place in mid-October this year, followed by face-to-face negotiations in southern China’s Kunming from April 25 to May 8, 2022.

Campaigners have for years called for an effective global agreement on halting biodiversity loss, similar to what the Paris Agreement lays out for climate change.

The draft proposed that at least 30 percent of land and marine species should also be protected through conservation areas.

With more than one million species facing extinction and the world failing to meet existing nature preservation targets, the need for an accord among the nearly 200 nations taking part in the talks is pressing.

Earlier this month, the UN unveiled a draft agreement for the summit calling for the preservation of at least 30 percent of land and oceans, along with other biodiversity targets.

The fruit of months of online discussions, the draft mapped out the route for humanity to be “living in harmony with nature” by 2050.

The draft outlined 21 targets and 10 “milestones” to be hit by 2030 to preserve biodiversity.

These include restoring at least 20 percent of degraded ecosystems and ensuring that existing intact wild areas are retained.

At least 30 percent of land and marine species should also be protected through conservation areas, the draft proposed.

The framework also called for more sustainable farming and fishing practices, including a two-thirds reduction in pesticide use, as well as “eliminating the discharge of plastic waste”.

“Addressing the challenge of halting ongoing losses of species and genetic diversity and the damage to our ecosystems will determine the well-being of humanity for generations to come,” UN biodiversity chief Elizabeth Maruma Mrema said after Wednesday’s announcement.

“Convening COP15 in two parts will enable maximum progress on the several remaining difficult issues prior to our conclusive face-to-face sessions in Kunming.”

The draft laid out specific funding targets, including the reduction of subsidies that are harmful to nature by at least $500 billion annually.

It also called for at least $200 billion each year in new and additional finance to implement the targets.

Originally meant to be held in October 2020, the summit was delayed by a year as the coronavirus swept across the planet.

But with the pandemic continuing to rage, the organisers have decided to postpone for a second time.

Green groups have however voiced scepticism that the text will survive the fraught negotiations.

Oscar Soria, campaign manager at pressure group Avaaz, told AFP that the figures laid out in the draft were “absolute minimum numbers”.

“If this draft survives the bargaining of the negotiations, the world will have a solid blueprint for biodiversity action,” he said.

Can the same mask used against COVID-19, keep me safe from the wildfire smoke?- Technology News, FP