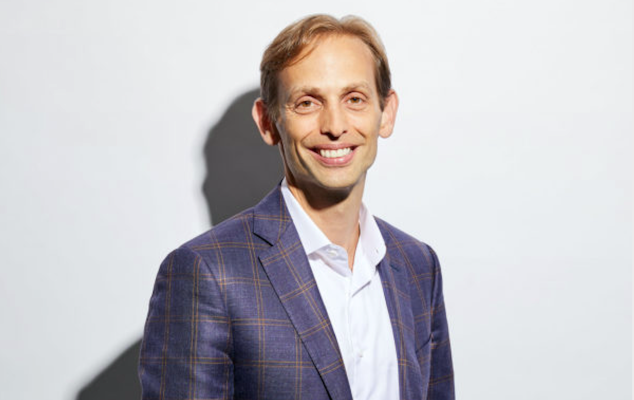 The investment firm Flagship Pioneering has incubated a lot of life sciences companies since it was founded in 2000. In fact, while a general partner with Flagship Pioneering over the last 15 years, David Berry has started more than 30 companies, five of which trade publicly right now: Seres Therapeutics, Sensen Bio, Evelo Biosciences, T2 Biosystems, and Axcella Health.

Berry is often a company’s first CEO, then transitions out of the company within 18 months. But he has no plans to leave his post as CEO of Valo Health, a three-year-old, Boston-based, 110-person drug discovery company that Berry and Flagship seem to think could become one of the firm’s most important companies yet. That’s notable, considering that Flagship incubated 11-year-old Moderna, which currently boasts a $50 billion market cap thanks in large part its coronavirus vaccine.

Perhaps it’s no surprise, given Berry’s and Flagship’s track record that Valo has attracted believers. Notably, today it is announcing a fresh $110 million in extended Series B financing from Koch Disruptive Industries that brings the round total to $300 million and the overall amount the young company has raised to more than $450 million.

Still, given that there are hundreds of drug discovery companies in the world seizing on the latest advancements in AI, machine learning and computation, it’s easy to wonder what’s so special about this one. We got Berry’s take during a chat with him yesterday, parts of which we are featuring below edited for length and clarity.

TC: Valo is trying to accelerate the creation of drugs, and it has a computational platform called Opal to do it faster and more effectively than many rivals. Is there a way to make it clearer to outsiders why this platform is so unique?

DB: First, from day one, we were operating on a different scale [than past Flagship Pioneering companies]. Typically, when you look at Flagship companies, there’s an [exclusive] initial commitment by Flagship of plus or minus $50 million. But because of the scale of the opportunity that we saw ahead of us with Valo, we actually started out by bringing in external financing partners as part of a Series A that was right around $100 million.

[Also unique is the] breadth of what we’re trying to achieve through our systematic approach to R&D, as opposed to a targeted approach to thinking about it. There’s been an historical challenge in life sciences in that companies are primarily viewed based on what their lead therapeutic asset looks like. But if you have the potential to change the scope, the scale, the potential, the speed, the probability of success, [and] the cost of developing drugs, you’re not going to look like a typical therapeutics company.

TC: So your focus on multiple therapeutic areas at once — oncology, neurodegenerative, and cardiovascular diseases — is a distinguishing element of the company. How are you tackling so much simultaneously?

DB: The legacy biopharma model is basically this point-to-point system [where up to 15 groups] do some work, and then they basically take the result of it and they throw it over a wall to another group that has its own framework. The model is intrinsically disintegrated. They use mice. They use cell lines. They use extracted organs. And those just don’t represent what a full, intact living human actually looks like, and they don’t reflect what the disease looks like in the context of that human.

What we’re doing is what I would call that next transformation . . enabled by high-quality human-centric data [that we analyze] in an end-to-end, but componentized manner. What I mean by that is we’ve created a single underlying architecture so that we’re using the same species, we’re using the same decision-making criteria. we’re using the same KPIs throughout the entirety of the R&D cascade, [and] we’re using the same bases of the core computation. We’re using the same self-reinforcing model to learn as we go. We have a local expression, because we have to perform a certain set of tasks in order to comply with the regulatory environment. But by doing it in this way as we do those tasks, we’re learning a lot more and we’re keeping that human centricity, so when we uncover for example, a new target in cardiovascular disease or neurodegenerative disease, it’s based on our human data. It’s not based on a dog model or mouse model or something along those lines. It’s not based on cells adapted to plastic in a lab.

TC: Where is that human data coming from? Is the data you’re feeing into Opal somehow better or different than what others are using?

DB: We haven’t we haven’t yet disclosed where our datasets are coming from, but we have reason to believe that the scale and quality of the data sets are substantially high. We have not seen data sets that compare in scope and size. We have announced one subset of our data lake, but I would call it a small subset through a data partnership we announced earlier. [Editor’s note: this is with a company called Global Genomics Group, which gives Valo access to a cardio-metabolic dataset.]

TC: You’ve been at this for a few years. Have you had any major breakthroughs?

DB: I believe what we’ve done over the last two years is build an incredibly strong technology basis and foundation [for] transformation. We’ve announced four therapeutic programs that we’ve launched thus far, and each represents not only something where we’ve been able to develop a therapeutic candidate in very short periods of time, but we’ve also been able to overcome issues that were historical barriers things that made developing those sorts of candidates much more difficult, and we were able to overcome those barriers in weeks.

TC: Can you elaborate on one of those therapies to underscore your point?

DB: One of the programs we announced is called NAMPT. What was really interesting about it is it’s a very powerful cancer target. The downside of it is it’s known to cause a very particular toxicological effect — it causes retinal toxicity — and what we wanted to figure out was whether we could get the benefit of the molecule by targeting the target but avoiding getting that molecule into the retina, which required a very specific design. Long story short, in a couple of weeks, we were able to achieve a molecule that had enough differentiation between the blood in the eye that it shouldn’t have any substantial effects.

TC: Are any of these four candidates heading into the market any time soon?

DB: I would love them to be in the market soon but they’re not yet there. We are expecting that with the financing in hand, we should ultimately have molecules in clinical trials, and ultimately we’re very excited to be able to transition some of the drugs that we’re developing into [viable offerings in the market].

TC: Would you sell then sell these to a big pharma company, or would Valo be marketing these itself?

DB: Both are viable potential paths. Because we’re developing a number of different therapeutics, it gives us flexibility in the way we think about our ultimate business model.

Info Edge Doubles Down On greytHR With Fresh Investment