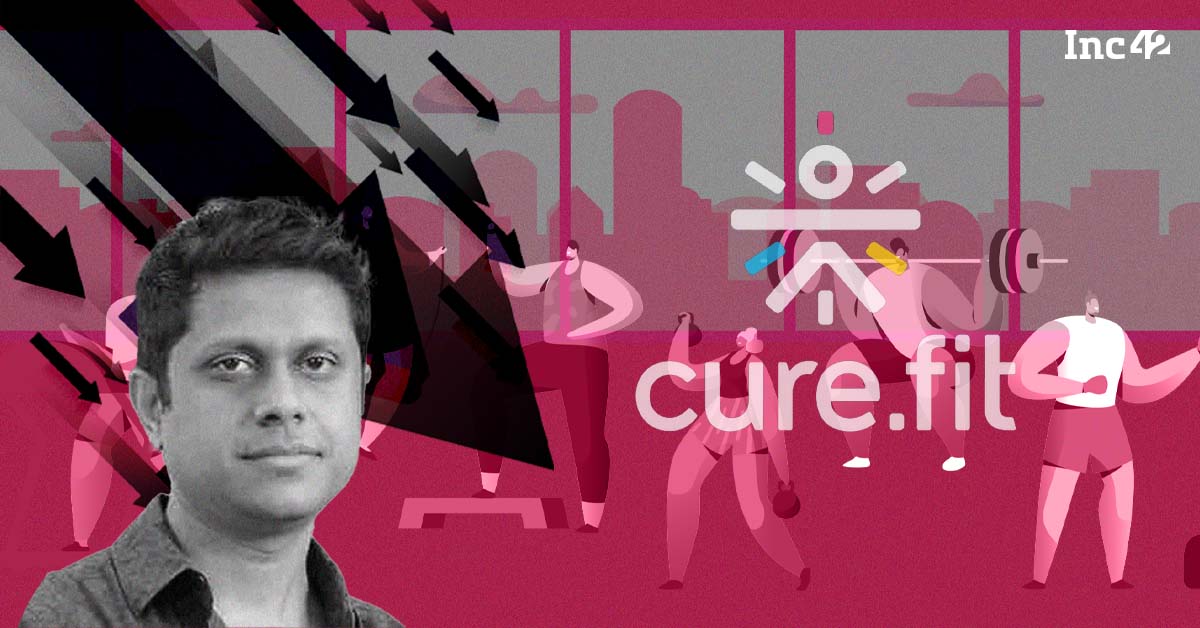 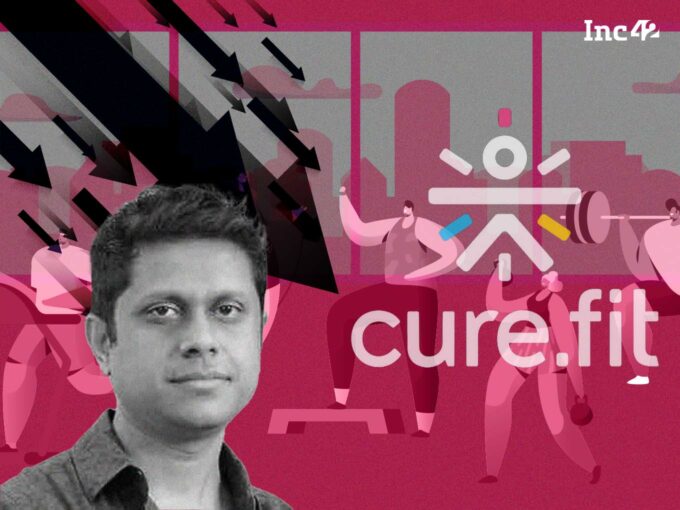 Zomato-backed fitness startup CureFit saw its sales revenue dwindle down by 67.4% in the financial year ending on March 31, 2021. Mukesh Bansal-led CureFit, which entered the unicorn club last year, posted a total revenue of INR 294.9 Cr in FY21, a noticeable fall from INR 567.4 Cr in FY20.

CureFit’s other income which comprises total interest income and net gain on sale of investments, liabilities, among others stood at INR 133.2 Cr. The startup in FY20, had generated INR 71.5 Cr from other sources of income.

While many startups in the country were witnessing over 2X rise in their topline, contact-first businesses such as fitness centres, hospitality, among others were heavily affected. The onset of COVID-19 in the early months of 2020 and the subsequent lockdowns resulted in Curefit shutting a large number of its fitness centers for the better half of the year as gyms were the first public spaces that were forced to shut with the onset of the pandemic. 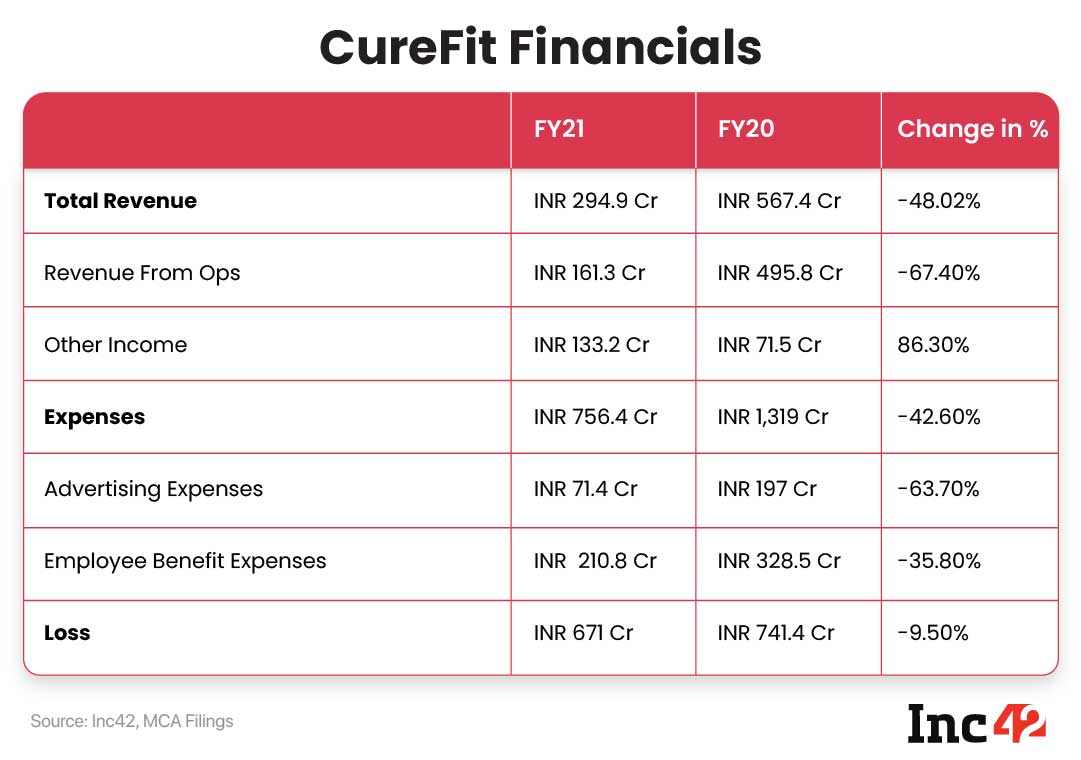 As the business remained shut for most of the year in 2020, Curefit’s expenses dropped to INR 756.4 Cr in FY21, from INR 1,319 Cr in FY20. The startup shed INR 210.8 Cr for its employee related expenses which consisted of salaries, gratuity, PF contributions, among others. It must be highlighted that in FY20, for employee benefit expenses, the startup has drained INR 328.5 Cr. This means the startup had to let go of a significant chunk of its employees in FY21, to tide over the COVID-induced crisis.

CureFit entered the unicorn club in December last year after raising $145 Mn at over $1.4 Bn valuation. The round was led by foodtech giant Zomato (in a cross selling deal) alongside Singapore’s sovereign fund Temasek and South Park Commons, among others. As a part of the deal, CureFit also acquired Zomato’s fitness facility arm Fitso for $50 Mn.

With this acquisition, CureFit has tapped into more than 140 fitness outlets of Gold Gym’s that is spread across 90 cities mostly in Tier 1, 2 and 3 towns. The startup had earlier acquired RPM Fitness, Fitkit, and Onefirplus, Urban Terrain, Fitness First, Tread, and Onyx.

Earlier last year, Ratan Tata’s Tata Digital in a bid to strengthen its superapp offering, invested $75 Mn, with Bansal joining Tata Digital as its president. Curefit competes against the likes of Healthians, Healthifyme, Shyft, among others.

Nagori, on the other hand, is completely vested in the sister brand CureFoods that appears to be a Thrasio-style model for food brands in India. Curefoods, a spin off of EatFit, runs more than 150 cloud kitchens across India. The cloud kitchen aggregator is presently operating in 15 cities, with brands such as Box8, Sparro, Frozen Bottle among others in its kitty.

Gujarat & Telangana Among Top Achievers In ‘Ease Of Doing Business’

The Amazing Gamechanging Features of the Neat Pad for Meetings

5 Pricing Strategies Every Small Business Should Use