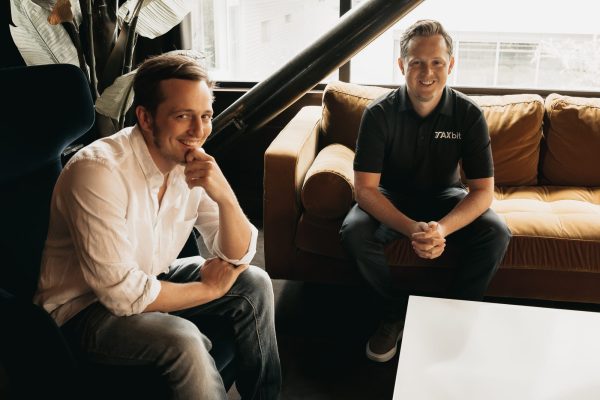 Just five months after raising a $100 million Series A, TaxBit announced today it has raised $130 million in a Series B round of funding.

The latest financing officially makes the Salt Lake City, Utah-based provider of crypto tax and accounting software a unicorn, with a valuation of $1.33 billion. It also brings the startup’s total raised to $230 million since brothers Austin and Justin Woodward founded the company with their cousin Brandon Woodward in 2017.

Since its early March raise, the company has tripled its headcount to about 100 people, launched an office in Seattle, deployed services with the IRS and inked partnerships with a number of digital asset platforms. For example, it’s connected to exchanges such as Coinbase, BlockFi and Gemini.

The digital economy’s need for tax and accounting software is growing with the industry as regulators require more formal reporting practices. As a result, TaxBit has seen impressive growth. In 2020, it issued over two million tax forms. This year, it is on track to issue over 50 million forms, according to Austin Woodward.

“The digital asset space experienced a watershed moment during the pandemic, resulting in an accelerated push toward digital payments and alternative stores of value,” Austin Woodward told TC. “The momentum of adoption across the digital economy is quickly becoming the new normal among the traditional financial institutions and disruptors.”

Indeed, the crypto world can be a very complex one and TaxBit’s products, designed by CPAs and tax attorneys, provide tax filing and accounting services to not just financial institutions but also to individuals and governments so they can “more easily” navigate those digital complexities.

Those products include Tax Center Suites, which was built for end users and automates back-office accounting functions for finance teams, and TaxBit Consumer, which aims to make filing taxes on digital asset investments “simple and painless, while equipping users with real-time directional insights to optimize their tax liability throughout the year.”

The startup also works with governmental agencies, including the IRS, to provide data analysis and tax calculation support for taxpayers with digital assets.

Dozens of financial institutions are integrating TaxBit’s Tax Center Suite technology, the latest being FTX US.

The company plans to use its new capital to scale its tax and accounting offerings across enterprise, consumer and government sectors. TaxBit also plans to double its headcount by year’s end and continue to open new offices in the U.S. and the United Kingdom. Long term, the company has plans for global expansion, with the U.K. “on the horizon and other jurisdictions to quickly follow,” Austin Woodward said.

Its investors are bullish on the company’s offerings, and potential.

Tom Loverro, general partner at IVP, believes TaxBit is in the right place at the right time. He’s taking a seat on the company’s board with the raise.

“Almost every company touching crypto needs tax reporting software. As we all saw with the recent legislation, crypto tax reporting obligations are only getting more rigorous,” he said.

And crypto-native companies are not the only ones that need tax reporting. Every fintech and financial institution that is rolling out a crypto offering does too, Loverro added.

“And don’t forget about state and federal governments here in the U.S. and abroad,” he said. “Then there is the buy side, which includes both consumers and institutions. It’s a deceptively large and rapidly growing market.”

Loverro went on to say that a common refrain that he hears with regards to anything crypto is “Why can’t [incumbent] just add that as a feature?”

As a former board observer for Coinbase, the investor can attest that crypto is “incredibly deep and complex.”

“Crypto requires intense dedication and focus. Calculating taxes on buying and selling a single lot of bitcoin may not be that complicated from a tax perspective but what about airdrops, staking and DeFi,” Loverro asked. “Things get pretty complex quickly!”

Nikhil Sachdev, managing partner at Insight Partners, points out that crypto is already a $1.5 trillion market and that is continually expanding as new asset classes begin transacting on blockchains.

“Our current tax, accounting and ERP software infrastructure isn’t equipped to manage this shift, yet TaxBit has built a platform to help manage tax compliance financial reporting on crypto transactions across industries,” Sachdev said. “TaxBit is the only scaled B2B solution across crypto taxes and already won contracts with blue chip logos.”

What Should You Look for in a Data Analytics Platform?

Eastman to invest up to €870M in France to accelerate circular economy; here’s how