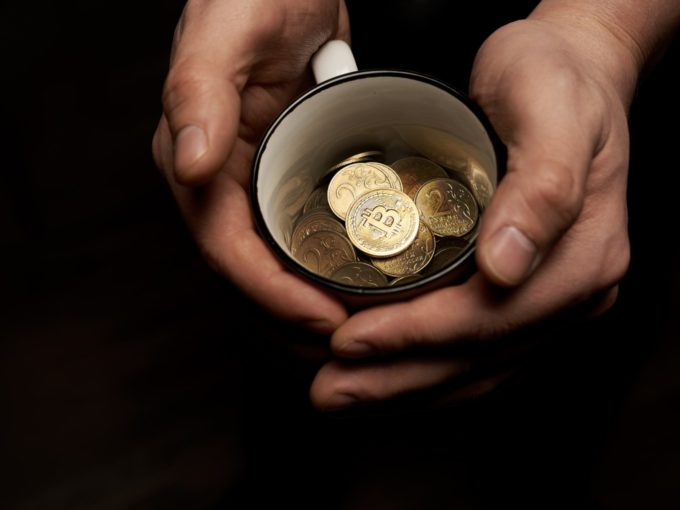 While the government’s reluctance towards regulating cryptocurrency continues, Indian crypto startups are going from strength to strength — if CoinSwitch Kuber raised $25 Mn at a $500 Mn valuation a couple of weeks back, WazirX claims to have hit $5.4 Bn in transaction volumes in April.

To put things in perspective, WazirX had processed crypto transactions worth $500 Mn in December 2020, which means it has achieved a 10X growth in just 5 months. There are other significant growth metrics too. For instance, its user base shot up by 50% to 3 Mn in April, and last week it saw crypto trades worth over  $380 Mn on its platform on a single day.

“A lot of factors have contributed to the growth. Be it the Supreme Court lifting a ban on facilitating transactions related to cryptocurrencies by banks, the pandemic, the global landscape becoming more crypto-friendly or our efforts to make the platform better by giving more options to the user by having 150+ tokens. As the industry is growing, it is natural that we will also grow,” said WazirX founder Nischal Shetty.

The cryptocurrency market has been surging amid the pandemic — global crypto market capitalisation has risen 10X from over $200 Bn in March last year to more than $2 Tn today —  but there is a fear that these digital assets are just pegged on sentiment and no real value is associated with cryptos.

Take, for example, Dogecoin. It is a crypto inspired by a meme and its makers created it as a joke. Over the past few months, propped up by Elon Musk’s hype-creation on Twitter, it has become the fourth most valuable coin with a market capitalisation of $64.7 Bn as of Tuesday (April 11).

According to media reports, the frenzy around Dogecoin was one of the key reasons that led to banks placing informal curbs on transactions related to crypto recently. However, digital payments regulator NPCI has said that it won’t place any such restrictions on virtual currencies.

Shetty, who tweeted earlier that banks are not being fair to 1.5 Cr crypto-holding Indians, told Inc42 “We should look at Dogecoin from a startup perspective. It might or might not become successful but we can’t pass a judgement beforehand. What we can do is educate our users so that they can make the right decisions.”

Given that crypto exchanges have recently seen some obstacles from banks processing transactions related to crypto trades, there is a feeling that banks are not really ready to support the industry. Shetty believes banks who refuse to join the crypto party now will lose a huge market. “Some banks have already come forward to work with the crypto ecosystem, although I can’t reveal names. These are the ones who may end up disrupting the sector and ending the monopoly of a select few banks.”

However, WazirX faced a severe lag on its mobile application and website on Tuesday (May 4), which led to several users complaining about losses worth thousands. The incident happened just as the price of Dogecoin began to rise rapidly. WazirX’s server was unable to process these transactions at the time. For many users, the delay in processing resulted in heavy losses.

When asked about this, Shetty defended saying that the platform saw an unprecedented rise in transaction volumes and the systems have been upgraded since. “On May 7, we handled transactions worth $380 Mn. That was a much bigger amount than the day the app crashed,” he added.

IndiaTech.Org — an industry association representing India’s consumer internet startups, unicorns and investors  — has proposed a five-point recommendation on boosting India’s cryptocurrency economy potential to 12 government departments such as the income tax department, ministry of corporate affairs, and other bodies including the Reserve Bank of India.

The proposals have been made to bring in more clarity over various aspects related to cryptocurrency investments, taxation, transaction traceability and money laundering. The association has also demanded that crypto companies be recognised as startups.

Speaking to Inc42, Rameesh Kailasam, CEO of IndiaTech.Org, said that the proposal has also made suggestions related to the nature and scale of crypto investments whether it’s an individual or a company investment and whether it is for short or long-term and so on.

Despite no clear cryptocurrency regulations, interest around cryptocurrency such as Ethereum, Dogecoin, Cardano (ADA) and others has piqued the interests of India’s fintech startups. The latest to join the bandwagon is INDMoney, which has added fractional cryptocurrency investments with its TechStars partnership.

Using the in-app INDCoins rewards, INDMoney users can invest in shares of cryptocurrencies such as Bitcoin, Ethereum, Dogecoin, Ripple, Cardano and Uniswap. Founder and CEO Ashish Kashyap told Inc42, “Cryptocurrency is the asset of the future. We feel that it will become an important element in the diversification of investment for our customers. And we have had many customers give us feedback about wanting to invest in crypto.”

The comment came amid ICICI Bank and other major banks cutting off banking and payment gateway services to crypto platforms in India. In an interview with ET, Zhao says lack of understanding among Indian regulators and regulatory inconsistency are potentially taking away multiple multi-billion-dollar companies from India.

One of the most ambitious and long-delayed cryptocurrency projects is finally ready to see the light of day, amid signs that it could add a new twist to the speculative frenzy in digital assets when trading officially started on Monday (April 10).

Dfinity is set to release what it calls “the internet computer”, a group of technologies intended to support a new generation of decentralised applications and services that are being developed in the blockchain world, reports FT.

The Best CRM Software You Should Consider Using in 2022