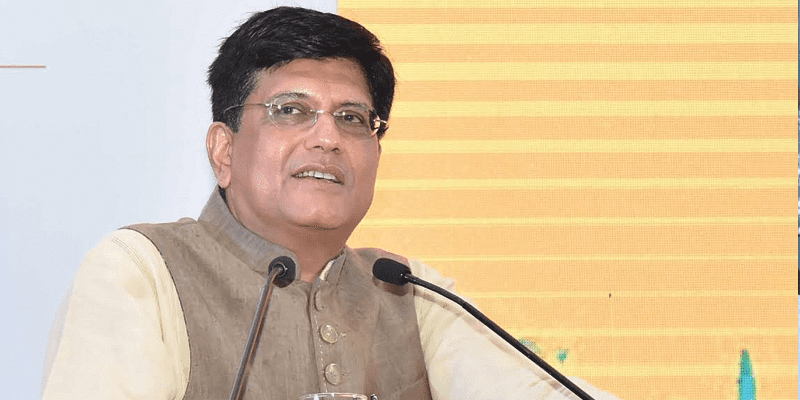 Food and Consumer Affairs Minister Piyush Goyal on Monday said the charges for testing quality of products should be reduced for micro, small, and medium enterprises (MSME), startups in their initial phase, and women entrepreneurs to encourage them to get their products certified and meet standards.

Goyal virtually presided over the third Governing Council meeting of the Bureau of Indian Standards (BIS), said an official statement.

Goyal, also the railways and commerce minister, said there is a need to change the approach of the country to standardisation.

“Prime Minister Shri Narendra Modi has given the three mantras for faster economic development, i.e. speed, skill, and scale. Now it is time to add the fourth dimension of ‘standard’ to this,” he said.

The fee for testing of standards should be reduced substantially “throughout” for MSMEs and in the initial years for startups and women entrepreneurs, the minister said.

This will encourage them to get their products certified and also spur ease of doing business, he said.

Goyal directed BIS to go for massive expansion and modernisation of testing labs, so that entrepreneurs don’t have to travel far to get the testing and certification of standards.

“We have to ensure that no one has to travel far for quality check for want of testing labs,” he said.

Goyal said the products manufactured in India should be of international standards, whether it is manufactured for the local market or for exports. The quality should not be diluted to give advantage to any person or institution, whether private or government, he said.

He said that it is a challenge for BIS to fast-track the standard-setting processes, especially for these programmes of national priority.

BIS must, therefore, ensure that its technical committees develop the required new standards in the quickest possible time for products where none exist, or review and revise existing standards whenever required, the minister said.

Goyal reviewed the process of making Indian standards and their implementation with officials from BIS, different ministries, and regulators, among others.

Wide-ranging discussions were held on how standards are set and what can be done to make their implementation/enforcement better. It was emphasised that a “One Nation One Standard” and Indian Standard be set as per global benchmarks.

Goyal instructed BIS to create a customer charter to usher in the highest transparency in its certification process and inspections.

The bureau is operating more than 37,000 product certification licences all over the country, with 55 new products covered for the first time under the Product Certification Scheme since April 1, 2020.

A consumer engagement portal has been launched to facilitate interaction with consumer organisations/groups for conducting consumer-oriented programmes and activities of BIS.

An upgraded version of the Android mobile app, BIS CARE, is in place to facilitate stakeholders to verify authenticity of ISI mark, registered jewellers, and marked electronic goods under the Compulsory Registration Scheme.

The meeting was attended by Minister of State for Consumer Affairs, Food, and Public Distribution Raosaheb Patil Danve and Department of Consumer Affairs Secretary Leena Nandan.

Squarespace files for a direct listing on the NYSE – TechCrunch