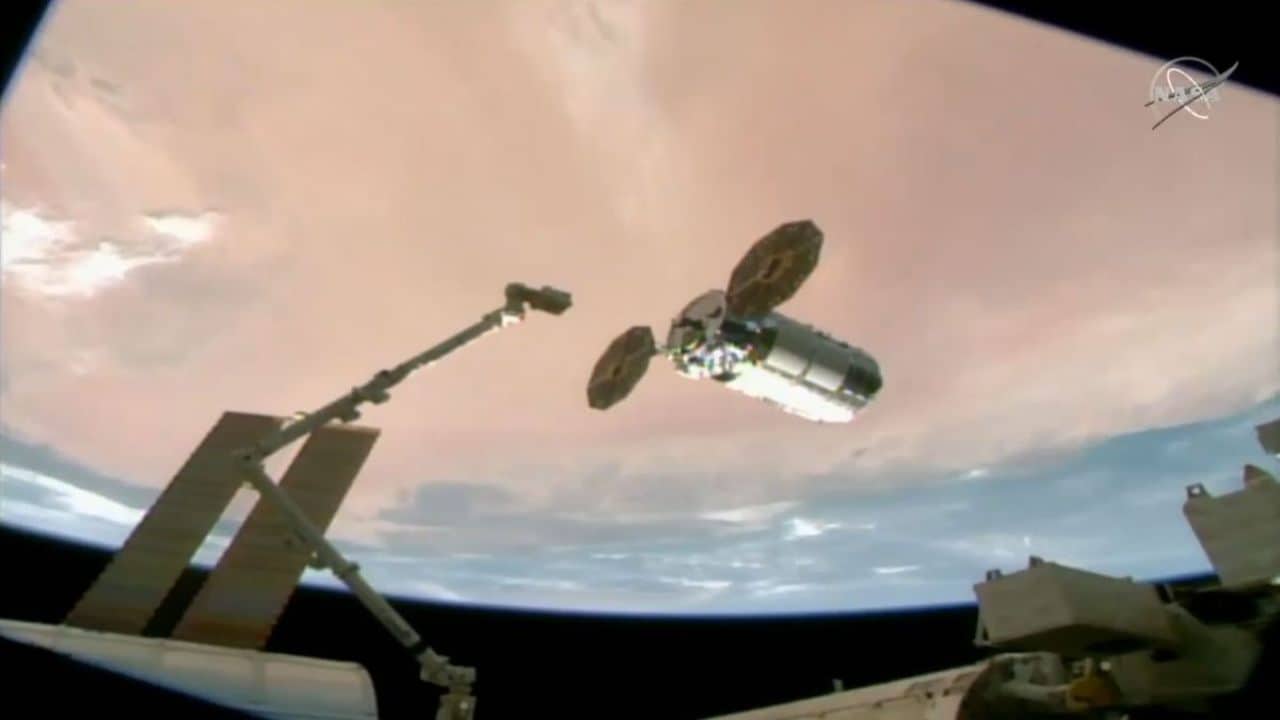 The Cygnus cargo ship arrived at the International Space Station on 22 February, carrying within it, an advanced supercomputer as well as an artificial retina experiment. According to a report by Space.com, the Northrop Grumman Cygnus NG-15 spacecraft bearing experiments and over 3,719 kilograms of supplies, reached up to orbiting complex at 4.38 am EST. As per the report the spacecraft is named after Katherine Johnson, a Black NASA mathematician and ‘Hidden Figure’ who is best known for assisting with the first human moon-landing mission, Apollo 11, in 1969.

Noguchi was assisted in this endeavour by NASA Expedition 64 astronaut and flight engineer Michael Hopkins, NASA said in a blog post. NASA issues a second update on the spacecraft where they said that at 7.16 EST, ground controllers berthed the spacecraft to the Earth-facing port of the Unity module, where it was  locked into place for a mission that will last until May. The Cygnus NG-15 cargo ship arrives at the International Space Station on 22 Feb 2021 in this view from a camera on the station’s exterior. Image: NASA TV

As per NASA, the highlights of science investigations aboard this Cygnus include an experiment by LambdaVision called Protein-Based Artificial Retina Manufacturing uses a light-activated protein to replace the function of damaged cells in the eye.

The Cygnus cargo also packs in an investigation concerning worm muscle strength, and the NASA A-HoSS investigation that puts to the test tools planned for use on the crewed Artemis II mission that will orbit the Moon. Built as the primary radiation detection system for the Orion spacecraft, the Hybrid Electronic Radiation Assessor (HERA) was modified for operation on the space station.