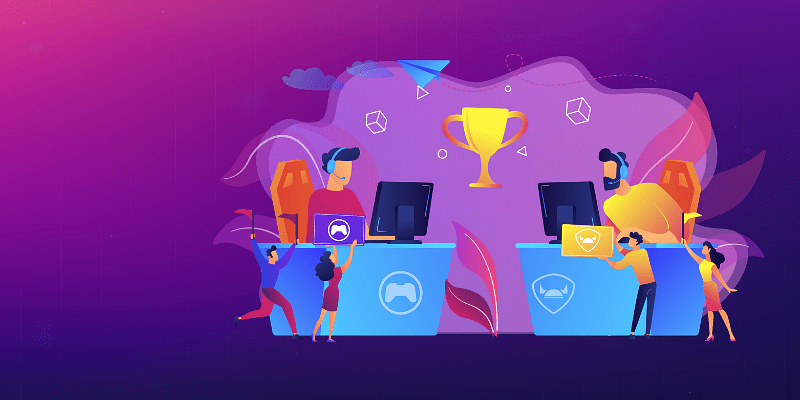 From the first video game models built in the 1950s to the hardware models of the 1970s, going on to the 1990s riding on the internet, the online gaming market is booming today.

The global online gaming market, which earned $62 billion in 2020, is expected to be at $300 billion by 2026. The market share is evenly split between US and China at 24 percent each, Asia-Pacific minus China at 23 percent, Europe, Middle East, and Africa at 23 percent, and the rest split between Latin America (4 percent) and Canada (2 percent).

The Indian startup scene has truly come alive in the past couple of years with multiple gaming platforms that have attracted investments of $1 billion valuations at $7 billion.

Despite the immense growth potential for startups here, the Indian online gaming world is unfortunately misunderstood by the government authorities and has attracted a great deal of scrutiny and inconsistency of applicability of laws amongst different states.

It is important for governments to understand the online gaming world and its five different verticals before taking a blanketed view, which is primarily motivated at targeting betting and gambling.

eSports are skill-based games played in “video game” formats; these are conducted in both online and/or offline formats as tournaments or competitions. These include electronic forms of sports like cricket, football, shooting etc. that can be live telecasted and may or may not involve participation fee or cash prizes.

eSports is recognised by the International Olympic Committee and Olympic Council of Asia, with India winning a medal in Asian Games 2018. The next Asian Games in 2022 may also have eSports as a medal event.

In OFS, participants create their own virtual teams on online platforms that comprise of actual real players and are fully dependent on their performance and play statistics in real life. These are, therefore, completely different from all other forms of online games. Multiple legal rulings have held certain formats as a predominantly game of skill and the NITI Aayog even issued draft guidelines for this sector.

OFS can be played for free or real money, which is usually small in value per player. These platforms currently follow certain codes of conduct and principles based on legal positions. They also adhere to the Advertising Standards Council of India (ASCI) guidelines on responsible real-money gaming advertising.

OSCGS comprise a vast number of online games that require a combination of physical skills such as quick responsiveness, dexterity, and mental skills such as attention, logic, knowledge of the game, quick thinking etc.

OSCGS may be derivates of real-world games that are recognised as sports such as carrom, chess, billiards, snooker, pool, or may be a derivate of real-world indoor games such as ludo, snakes & ladder, scrabble etc. They also involve significant knowledge-based games such as quizzes similar to a KBC or even educational/competitive subject-based quiz formats.

OSCGS may also consist of games with no real-world linkages like Candy Crush and Temple Run. There also exist online card-based games such as Call Break, Game of Spades etc. Some OSCGS games such as ludo can become skill-based with necessary tweaks in rules and format.

Money in OSCGS is usually small in value per player. OSCGS also have their own code of conduct and adhere to ASCI guidelines on responsible real-money gaming advertising.

A very popular card game, rummy is also considered a game of skill as it depends on memorising discarded cards and calculating the probability of getting the winnable cards from the undistributed deck. Rummy can be played for free or for money; the stakes can be low to high, depending on what the platform permits.

This online form of the offline game involves a combination of some skill and luck wherein players may play with real money. In poker, a player must still fundamentally call the bet, raise the bet, or concede. It is usually played at homes, clubs, and casinos and online over the internet with real monies and stakes, which can be low to high depending on what the platform permits.

While most governments are of the view that they are not against any form of skill-based games and also ones that do not involve money, it however appears that their primary focus is to crack down on illegal gambling and betting. However, in this process they end up punishing every online platform where some form of money is involved – this is unfair to this legitimately emerging startup ecosystem.

The NITI Aayog’s final guidelines are awaited eagerly by the OFS industry and the OSCGS industry is equally eager to have guidelines that will grant them much-needed regularity, clarity, and consistency across India when adopted by all states. It is important that authorities understand the differences and take an informed approach while pursuing their endeavour to target gambling and betting.

Why Paytm’s Deepak Abbot and Nitin Misra relooked at the $1.5T gold assets that Indians own

After RBI Embargo On PaytmPayments Bank, Stock Crashes By 13%