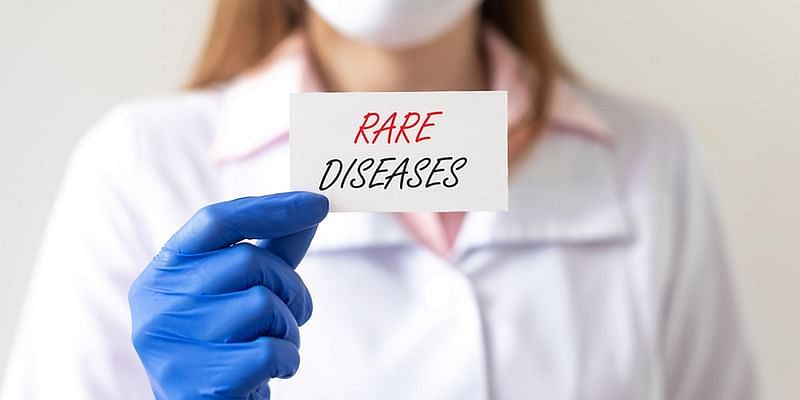 The Delhi High Court has constituted an expert committee to assess and find solutions on various aspects, including how to immediately provide treatment and therapy options to patients suffering from rare diseases including Duchenne Muscular Dystrophy (DMD) and Hunter’s syndromes.

The high court said the committee shall also discuss steps to be taken to indigenise the development of the therapies in India and reasonable timelines required to be followed thereof.

The panel shall also discuss whether accelerated approval processes can be considered especially in view of the research currently being undertaken in India for DMD and immediate concrete proposals for crowdfunding of the costs of treatment for children with rare diseases.

DMD, one of the various forms of muscular dystrophy, is a rare genetic disease that almost exclusively affects boys and causes progressive weakness.

Justice Prathiba M Singh said the central government ought to explore the confidential proposal which is being put forward by US-based M/s Sarepta Therapeutics, which manufactures the experimental drug used for treatment of DMD, for the purpose of making the therapy available for children who are suffering from it.

The high court’s order came on various pleas filed on behalf of children suffering from rare diseases, including DMD and Mucopolysaccharidosis II or MPS II (Hunter Syndrome), and seeking direction to the Centre to provide them uninterrupted and free of cost treatment as the therapy is very expensive.

MPS II is a rare disease that is passed on in families and it mainly affects boys as their bodies cannot break down a kind of sugar that builds the bones, skin, tendons, and other tissues.

In order to undertake a comprehensive assessment of the issues and for recommending a timeline-based solution, the court has constituted a committee headed by Dr Renu Swarup, Secretary of Department of Biotechnology, Government of India; doctors of AIIMS, Sir Ganga Ram Hospital, Chief Scientific Officer of Dystrophy Annihilation Research Trust, Director of Institute of Child Health, Deputy Secretary of Ministry of Health and Family Welfare and others.

The court asked the committee to submit its report on March 12 and listed the matter for further hearing on March 15.

It said that a specific affidavit shall be filed by the Centre specifying the budget for health in the last five years and whether any part of the budget has been unused and can be used for the purpose of treatment of the petitioner children or the indigenous development of therapies for the treatment of rare diseases.

The clear stand of the Union of India appears to be that until the policy gets notified and the e-platform for crowdfunding is created, there can be no crowdfunding that can be explored. However, orally Dr Pulkesh Singh for the Ministry of Health, Union of India, has mentioned that he has written to four organisations to arrange for funding for treatment of the said patients, it noted in the order.

The court also noted that there are various organisations and companies which are conducting clinical trials for DMD therapies.

The high court had earlier directed the Centre to finalise by March 31 its new National Health Policy for Rare Diseases of 2020 and make operational the digital platform envisaged under it for crowdfunding of the expensive medicines and treatment for rare illnesses.

The court had also noted in its order that the earlier policy on rare diseases of 2017 was kept in abeyance from December 2018 onwards and the new policy was still awaiting comments from the public and other stakeholders.

Crypto Similar To ‘A World Of Caribbean Pirates’ Without A Watchdog: CEA

Tesla Can Make EVs In India But Shouldn’t Import From China: Gadkari