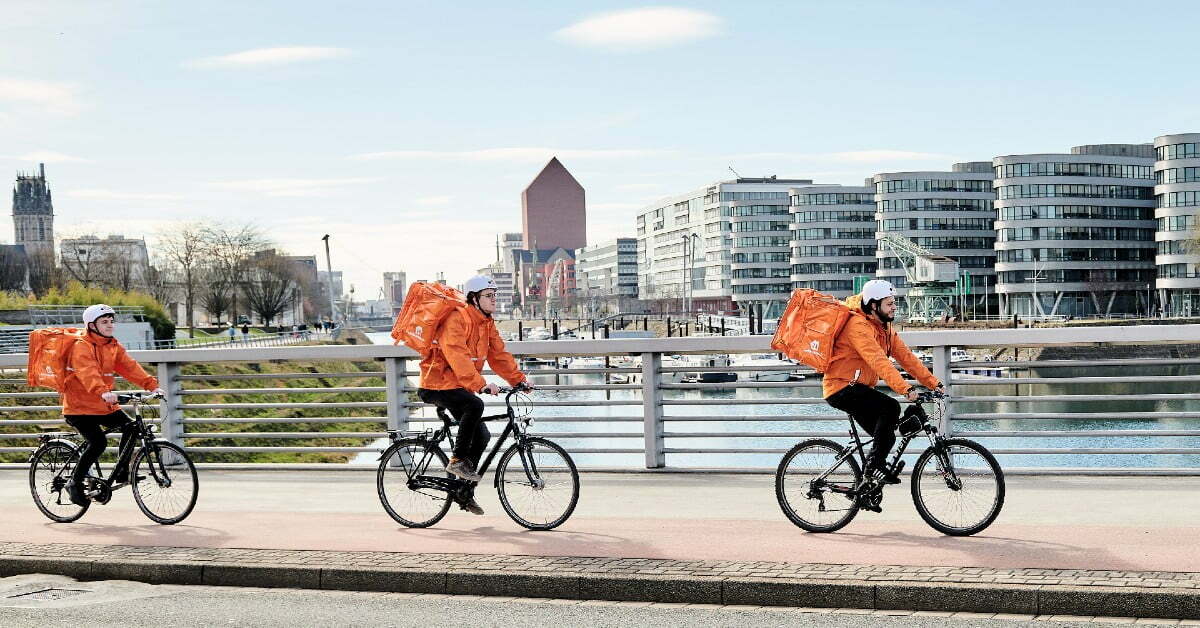 Gig workers, their employers and labour unions around the world have been debating over whether these gig workers should be reclassified as employees. Gig workers are independent contractors or online platform workers driving the shared economy by delivering your food or picking you up in their own cars. However, they often do so at the expense of safety.

Just Eat Takeaway, the largest online food ordering and delivery company based in Amsterdam, Netherlands, could now be facing a similar heat from its gig workers that has passed the likes of Uber. Ömür Sönmez, a former rider with Thuisbezorgd, the Dutch entity of Just Eat Takeaway, has accused the company of wrongful termination. The firing could lead to delivery workers organising at one of the largest food delivery companies.

Ömür Sönmez’s story will resonate with gig workers who lost work during the pandemic and struggled to find a footing afterwards. He claims to have joined Thuisbezorgd as a delivery worker in November 2020 after losing freelance work. In a post titled “Ömür Sönmez, Thuisbezorgd: overworked, underpaid, organising” published on 26th November, 2021, Sönmez described his work experience as a “failed combination of action film and drama.”

The post is critical of his workplace and questions some of the practises that remain common in the gig economy. For instance, Ömür Sönmez questions the use of his personal phone and data plan to see order details and deliver them, since it is being used to complete work for his employer. He is raising this question after multiple accidents where he says the phones “regularly fall during work”.

The post further adds that “Thuisbezorgd refuses to arrange any sensible protection for it or pay for damage”.

He speaks about the month of February when the Netherlands experienced extreme weather and people didn’t want to venture out onto the streets. He says the delivery workers at Thuisbezorgd were forced to make deliveries and adds that he had “umpteenth traffic accident” and even claims that the steering wheel smashed into his collarbone.

He then goes on to explain the financial toil caused by the gig worker role by saying that he only received 70 per cent of his wages because of his sickness. He further adds that this is typical for the life of a bicycle courier working with platforms like Gorillas, Uber Eats and Thuisbezorgd. In order to raise his concerns, he decided to organise and started Radical Riders.

Sönmez goes on to add that he was fired by his supervisor on 7th January and they cited his story as the reason. “The reason they gave me was the fact I shared my story on the Radical Riders website,” he says. The firing apparently came after a demonstration was planned on 29th January in protest of practises from major delivery companies in the country. He even claims that the hub manager saw the protest at the Gorillas head office and even expressed his discontent with his story.

“Thuisbezorgd.nl values good employership, this is one of our key principles and we don’t recognise the image that is created here. Our people are the heart of the business and we are keen to maintain an open dialogue on issues that are important to our employees and are having ongoing conversations with them. This is something that we have been doing for years and we are in regular conversations with similar initiatives like Radical Riders,” says the company spokesperson in an emailed response.

Sönmez says the idea of Radical Riders originated at Thuisbezorgd as a platform for home delivery couriers to raise their concerns. He started the union initiative with his colleague Dante at Thuisbezorgd and Joe Hill from Gorillas. The post also raises a concerning trend of managers never being in the picture and the app warning riders based on their performance metrics.

In an interview with NRC, the 24-year-old Ömür Sönmez says, “There is a lot of fear among the delivery drivers. You have short contracts, many employees are very young or dependent on their job.”

The story told by Sönmez about multiple bicycle accidents, being unable to work temporarily and being cut back on his salary, aligns with some of the experiences narrated by delivery workers for Uber and other big gig employers, in the US and other major markets.

Sönmez reportedly violated the Delivery Manual, a 49-page document highlighting all the rules and regulations for Thuisbezorgd deliverers. The manual strictly prohibits a delivery person from posting negative statements about “consumers, colleagues or other entities” on social media. “Violation of this policy may result in disciplinary action,” the document reads.

The post by Sönmez is also concerning when you consider the fact that Just Eat Takeaway employs most of the couriers or delivery partners in Europe. It is in stark contrast to its American counterparts like Uber who refuse to reclassify their drivers as employees. Jitse Groen, CEO of JustEatTakeaway.com, once even criticised Uber CEO Dara Khosrowshahi on Twitter by saying, “Uber should do things legally”.

Last week, Uber reached an agreement with Canada’s largest services-sector union to offer employee-like benefits to contractors (or gig workers) on its platform. Uber and United Food and Commercial Workers Canada (UFCW) announced plans to jointly lobby Canada’s provincial governments to pass labour reforms that will guarantee minimum earnings of 120 per cent of local minimum wage, according to Reuters.

Ömür Sönmez and his Radical Riders tribe seek a similar solution to this growing problem impacting many gig workers around the world. Radical Riders is asking for a minimum wage of €15 per hour. They are also expecting decent workplace facilities, access to working bikes with front and rear lights and working brakes. Lastly, they are asking for work breaks and end to a practice where the app pushes an alert asking if they are on a break when they are actually waiting for their next order.

Silicon Canals has reached out to Ömür Sönmez and Radical Riders to seek their comment on the matter. However, the storm seems to be brewing in the Dutch gig economy that had long prided itself for being different from their American counterparts.

Why You Should Begin a Morning Routine

Why Cannabis is the New Go-To Startup Business