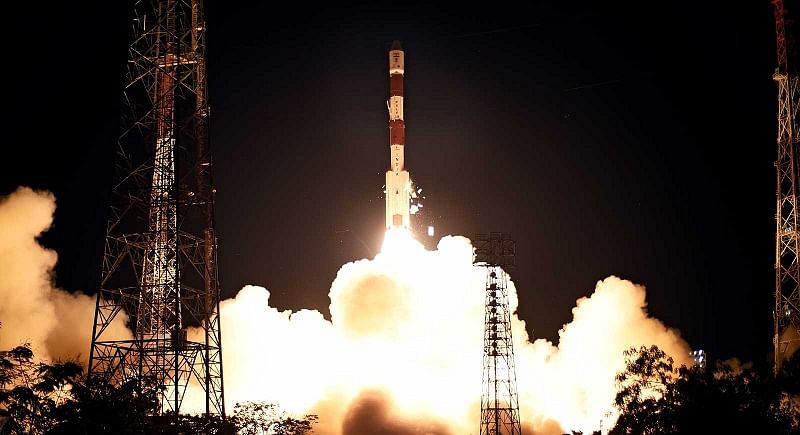 The year 2020 saw the announcement of new reforms in India’s space sector, which were likely to bring ‘a new era for tech entrepreneurs and exciting opportunities for private players’.

In May 2020, Finance Minister Nirmala Sitharaman announced the inclusion of private players in the space sector to tap the potential of space technology. This was followed by the formation of an autonomous nodal agency, Indian National Space Promotion and Authorisation Centre (IN-SPACe), an extension of ISRO, to include private players in space-related activities.

Since then, India’s spacetech sector – backed by favourable government policy, local expertise, and investor scrutiny – has grabbed the limelight.

Several players such as Pixxel, Agnikul Cosmos, and Skyroot Aerospace have already partnered with Department of Space (DoS) and ISRO, for furthering development in the spacetech sector.

While the year has brought in public-private partnership opportunities, the pandemic also led to delays in some of India’s most awaited space missions, including Gaganyaan, India’s maiden human spaceflight, and moon mission Chandrayaan- 3.

But, with so much happening on the spacetech front, there’s plenty to look forward to. YourStory brings to you a list of space missions planned by ISRO in the next few years.

There has been a lot of buzz around India’s maiden human spaceflight Gaganyaan, which was expected to be launched this year. But the mission has been delayed due to COVID-19 and isn’t likely to take off anytime soon.

Jitendra Singh, Union Minister of State for Department of Space, has said Gaganyaan is not likely to be launched before 2023. Last month, in a written statement to Lok Sabha, he said, “First unmanned mission is planned in December 2021. Second unmanned flight is planned in 2022-23, followed by human space flight demonstration.”

The minister said the preliminary design of the Gaganyaan system had been completed. ISRO is working with seven DRDO labs for the design and development of human-centric products, and with academic institutes to develop microgravity payloads.

ISRO chief K Sivan has said that India’s third mission to the moon is likely to be launched in 2022.

The lunar mission was initially planned to be launched in 2021, but has been postponed due to the impact of COVID-19.

Last month, in an interview with PTI, Dr Sivan said the third mission will have the same configuration, including a lander and a small rover, as Chandrayaan-2. However, it will not have an orbiter.

He added that the third mission would also attempt to make a soft landing as was attempted in the previous mission. Chandrayaan-3 will also reportedly target the same landing site, about 70.9 degrees south of the lunar equator.

Chandrayaan-2 attempted a soft landing, but the lander Vikram hard-landed on September 7, 2019. If Chandrayaan-3 is successful, India will become the fourth country to soft-land on the lunar surface.

While official dates are yet to be announced, several media reports have claimed the second Mars mission is scheduled for 2024.

ISRO has also called for Announcement of Opportunity for the second Mars mission. It is addressed for all organisations involved in planetary exploration studies

In an official statement, the space agency invited proposals from the scientific community to address the open science problems. It also revealed that the payload capability of the proposed satellite is likely to be 100kg and 100W.

The first Mars Orbiter Mission was launched in 2013, making India the first Asian country to enter the Martian Orbit and fourth in the world after NASA (US), ESA (17 European countries), and Roscosmos (Russia).

According to reports, Mangalyaan-1, which entered the Mars orbit in 2014, is still operating and sending data.

ISRO is now also looking to make its first visit to the brightest planet in our solar system, Venus. Shukrayaan-1, a proposed orbiter to Venus, is expected to be launched either in 2024 or 2026. According to PTI reports, the Indian space agency was initially aiming to launch in 2023, but the mission has been delayed due to the pandemic.

The Venus optimal launch window – when the planet is closest to Earth – comes in about every 19 months.

In December 2020, Dr Sivan told PTI that ISRO is was yet to finalise the payloads for the Venus mission and work was in progress. The report also revealed that the space agency had shortlisted 20 experiment proposals for the mission, which will study the planet for more than four years. The proposals included “collaborative contributions” from Russia, France, Sweden, and Germany.

To date, United States, Soviet Union, and European Space Agency have visited Earth’s twin planet. If successful, Shukrayaan-1 will help us learn more about the surface and atmosphere of Venus.

India’s ambitious maiden solar mission, Aditya-L1, was first announced in 2008 to study the nearly perfect sphere of hot plasma, the Sun. Aditya- L1 was conceived as a 400kg class satellite carrying its main payload, the Visible Emission Line Coronagraph (VELC), according to an official ISRO statement.

The satellite is expected to be inserted into a halo orbit around the Lagrangian point 1 (L1) of the Sun-Earth system, which is 1.5 million km from the Earth. Aditya-L1 is expected to study the solar corona, the outermost part of the Sun’s atmosphere.

The VELC payload will be deployed to study the diagnostic parameters of solar corona, dynamics, origin of Coronal Mass Ejections, and magnetic field measurement of the solar corona.

The space agency initially aimed to launch the mission in 2019-2020, but it has been delayed. The mission might be launched in 2022.

Apart from these missions, India is also working to launch its own space station.

ISRO is focusing on international collaboration for future space missions, and is working with NASA on the launch of NISAR, a joint Earth-observing mission. The mission is mainly aimed at collecting data in three Earth science domains, including ecosystems, deformation of Earth’s crust, and cryospheric sciences. The mission was flagged off by Dr Sivan on March 4.

With so many exciting developments in the Indian spacetech sector, which mission are you most looking forward to?

UK’s BII to invest in Mahindra EV unit at $9.1B valuation

[Funding alert] Urban Company raises $255M in Series F round at $2.1B valuation