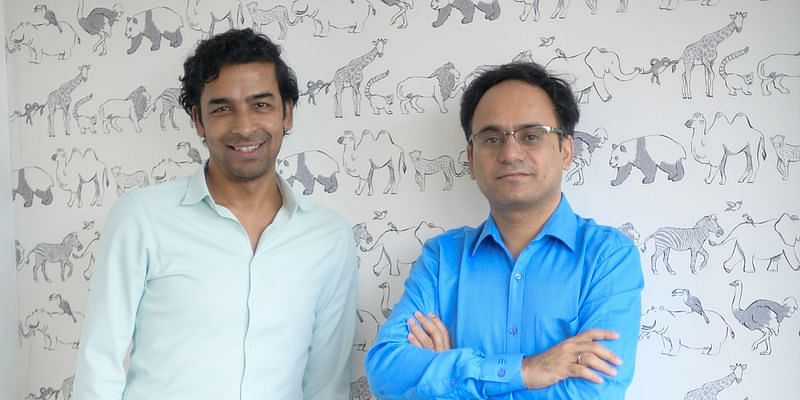 It’s a whole new world now! The coronavirus pandemic has changed the way we think about several things, including how we view the inside of our homes. With people being forced to work from home, the need for larger and better spaces has also increased.

Thirty-three-year-old Arun, a techie working for a large IT firm, says: “For close to two-to-three months, I was working out of my bed, and the lack of a separate work and living space was starting to get to me. Not to forget, the posture and health issues I started facing.”

Making this possible for customers are home interior solution startups like Livspace. Founded in 2016 by Ramakant Sharma and Anuj Srivastava, Livspace is a three-sided marketplace and design automation platform that connects homeowners, certified designers, and vendors. It is backed by TPG Growth, Goldman

While the pandemic impacted the business during the lockdown, Livspace says the market has been slowly and surely opening up. Since May 2020, the startup said it has been experiencing 4x faster recovery. It has been managing over 5,100 homes since unlock started, and the demand from homeowners is back to pre-COVID levels, with over 1,20,000 requests since the opening up of cities. In September 2020, the startup also raised $90 million in funding.

While the Bengaluru-based startup is seeing an upward swing today, between March and June 2020, Livspace faced its own set of challenges. In May 2020, the startup laid off 450 employees. Ramakant explains the company was seeing monthly revenue of $18 million to $20 million in March 2020, and a monthly run rate of $200 million to $240 million.

This significantly dropped with the lockdown. In April, the founders gave up their salary, the leadership team relinquished their annual bonuses, and introduced success-based variable pay across the board. But the company soon started seeing a shift.

“From small to big retailers, the shift towards digital has seen a seven to eight year leap in the past six to seven months. One of the biggest shifts we have seen is that people are willing to remodel and design completely online, without meeting people. There is an adoption of video and audio calls. My sense is that this is a permanent shift,” explains Ramakant.

He adds that close to 50 percent of their bookings are now being done remotely. Previously, this number was negligible. But that doesn’t mean walk-ins have stopped. “Direct walk-in traffic in our experience centers has fully recovered,” he says.

The reason there is a growing shift to digital players like Livspace is a strong supply-side disruption. While most people depend on independent contractors, designers, and workmen, the lockdown has disrupted their business completely and many have gone back to their hometowns. The hardware and supply stores were also shut during the lockdown.

“In the month of June 2020, if someone wanted to renovate a room in Bengaluru, consumers had little option as most of the unorganised players were not accessible. We also bring in certain reliability as we have processes in place like temperature checks, people wearing masks, etc.,” adds Ramakant.

It is not just Livspace. There is Sequoia-backed Wakefit that is looking at home solutions, and also HomeLane that is significantly disrupting the home interior solutions market. A 2019 RedSeer Consulting report suggested that the home and living market in India stood at $28 billion, and was set to reach $50 billion in five years.

Nicholas Cator of Venturi Partners, which recently invested $90 million in Livspace’s Series D funding round, says, “I have known Ramakant and Anuj for three to four years now. What stands out for the founders are extremely complementary and the team is also strong. It is also a large industry in India, valued at $15 billion. It is still largely unorganised with little professional organised players. Livspace has found a unique way to organise a largely unorganised space, and provide value to the end consumer.”

“In whatever part of the world you maybe, you have three things you have to see when you are renovating a flat. First, it is going to be more expensive than the price quoted by someone else. Designers don’t have all the elements, so it is always 20 percent lesser than the original value. Secondly, it always takes longer, and thirdly, you have to always manage multiple contractors who end up passing the buck. So, Livspace brings in a fully-integrated system with complete guarantee and experience,” says Nicolas.

He explains that this makes Livspace unique not just for India but also on a global scale. To further organise the largely unorganised space, Livspace launched Neo, its proprietary design-to-manufacturing-to-installation platform, last year.

It will also be investing $30 million to scale the platform in the next few years. The funds will be utilised for further development of the technology and to launch multiple private labels in the modular solutions space across 30 markets in India and Southeast Asia.

Ramakant says the vertical renovation space has different elements like the private labels under Neo, especially underage the kitchen segment. We can cater to a kitchen starting from Rs 1 lakh to Rs 30 lakh. We are launching more brands to give more choices,” adds Ramakant.

The idea is to expand to multiple brands or solutions and to give consumers choices. The team plans to launch in 30 more cities, and is also looking to expand to Tier-II cities such as Kochi, Ahmedabad, Jaipur, and others in the next 12-18 months.

Internationally, Livspace is expanding to the APAC region and is evaluating countries such as Australia, Malaysia, and Indonesia. It opened its Singapore business in October 2019 and reported an annual gross revenue run rate of $20 million in the first four months of launch. It has over 350+ brands and vendors on its platform and has partnerships with some of the biggest brands including Ikea.

“There is a dearth of brands and the idea is to bring brands in everything to do with homes,” says Ramakant.

AAWAZ’21 at Muktaangan by Usha farms