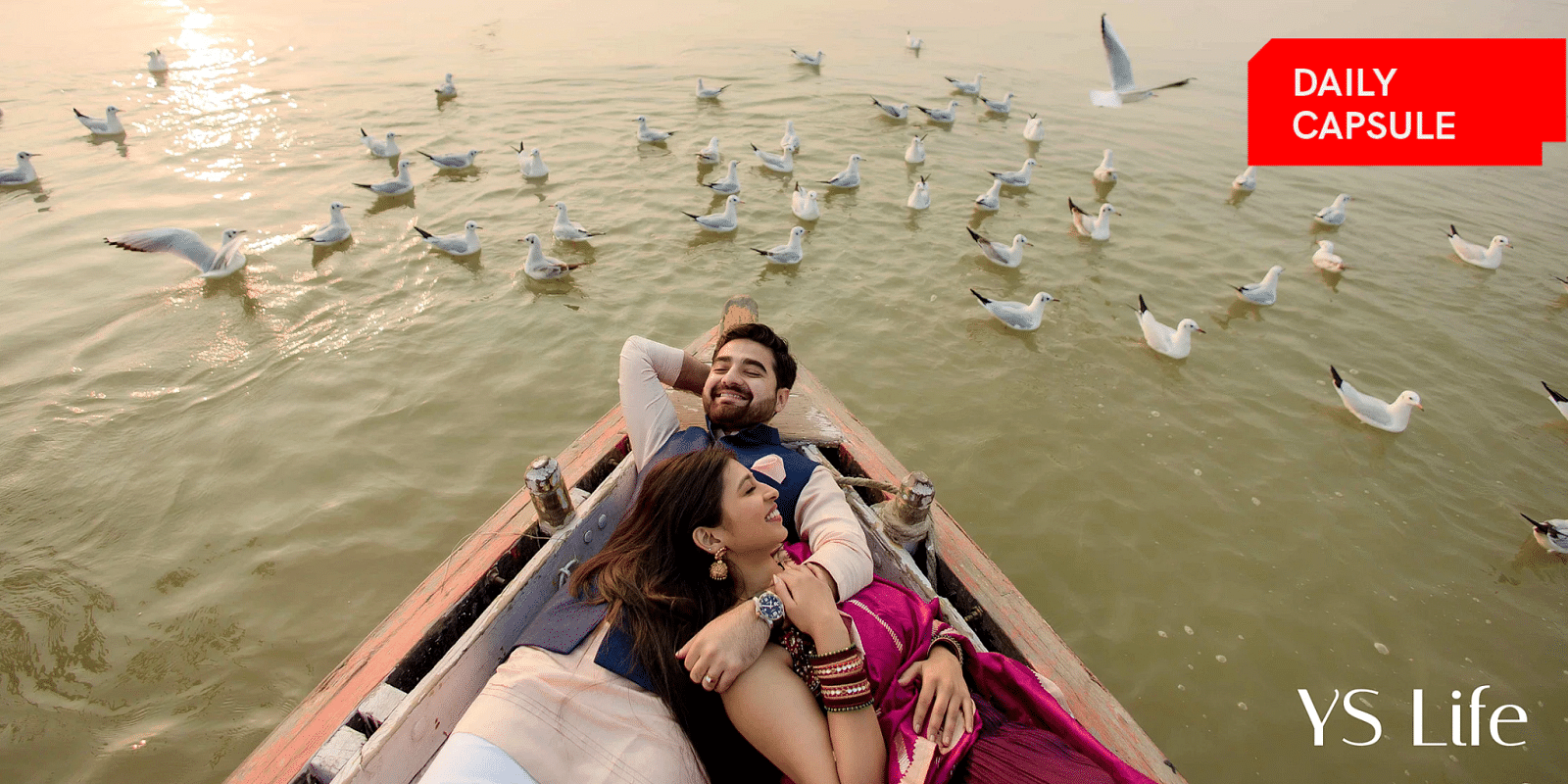 If you have ever been denied entry somewhere, you have something in common with Roger Federer.

The tennis legend was recently stopped by a security guard from entering Wimbledon, who asked to see his membership card, which Federer had misplaced. Guess winning the tournament eight times isn’t enough.

Meanwhile, The Washington Post examined over 1,200 different scenarios for climate change over the coming century. Here are the results.

Not gonna lie, it is kinda terrifying but not all is lost yet. Fingers crossed!

Lastly, here’s our curtain raiser to help all you extroverts out there have an exciting weekend.

Here’s your trivia for today: When was the first edition of Encyclopædia Britannica published?

Destination weddings are back, and how!

With people now taking off to every part of the globe post-COVID, ‘tis the season for baraatis to arrive on a jet plane to a larger-than-life wedding set against a backdrop of panoramic views.

Wedding planners are pulling out all stops when it comes to the big fat Indian weddings as YS Life discovered, after peeking into the diaries of planners, curators, and designers, and a bride and groom, too!

In a concrete jungle like Mumbai, life is a headlong rush into traffic snarls and congested roads. Therefore, eating out at a place that brings you closer to nature seems like a much-needed respite from urban drudgery.

Perhaps this is what Virat Kohli had in mind when he set up his one8 Commune restaurant in Mumbai.

GCC economies and the metaverse

The metaverse has the potential to transform key sectors in the Middle East, particularly GCC (Gulf Cooperation Council). It could contribute close to $15 billion to GCC economies by 2030, says a report by Strategy&, part of the PwC network.

Although it is at a nascent stage—with underlying structures still being developed—over the past year, the metaverse’s ability to change the way we look at the world and use the internet has come to the fore.

When was the first edition of Encyclopædia Britannica published?

We would love to hear from you! To let us know what you liked and disliked about our newsletter, please mail nslfeedback@yourstory.com.

Myntra bullish on this year’s End of Reason Sale as people return to offices, colleges

No vaccination drive in Maha from May 1; restrictions extended