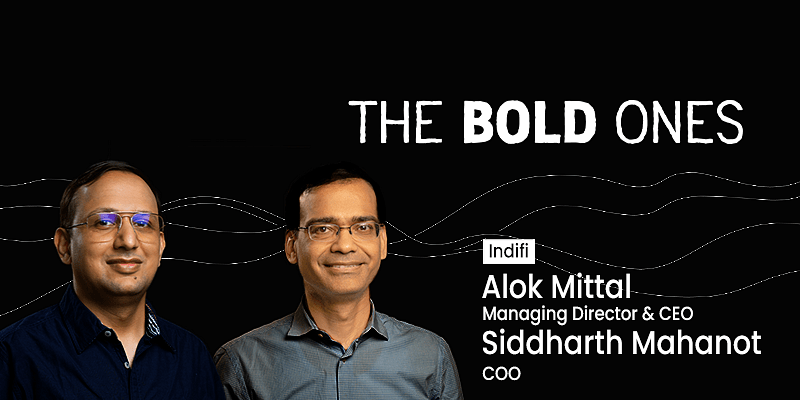 “If we were the land of farmers 50 years ago, today we are very much a land of small businesses,” says Alok Mittal, MD and CEO, Indifi.

Filling a critical gap in India’s lending landscape, Indifi has emerged as an enabler for startups and small businesses to seek seamless access to funding. The digital financial services company offers business loans to micro, small, and medium enterprises (MSMEs) that have limited access to credit from financial institutions.

“There are millions of small businesses that are really powering this economy. They were not getting the equity financing, media limelight, and weren’t being celebrated as entrepreneurs. I wanted to assist this part of the economy,” says Alok in the video.

Leaders of Indifi, Alok Mittal and Siddharth Mahanot, are among the entrepreneurs whose stories are captured in Omidyar Network India’s newly launched video series titled ‘The Bold Ones – Innovating for the Next Half Billion’. A compilation of 11 short videos, the series captures power-packed stories of entrepreneurs who are building for the 500 million-plus Indians that are coming online for the first time via their mobile phones — a segment often referred to as the ‘Next Half Billion’ or NHB.

“It’s painful to see almost 60 million entrepreneurs who are out there, who don’t have access to capital, and hence can’t grow their businesses,” says Alok while mentioning that small businesses “are the real engines of economic growth in India”.

“We give unsecured business credits for the business needs of MSMEs,” says Siddharth Mahanot, COO, Indifi, while mentioning that lending to small businesses is one of the most underserved segments in the country.

Indifi’s technology platform gathers and analyses data of businesses from various sources and draws insights to judge their credit worthiness, their past, and current performance in context of the industry they are operating in. This differentiated approach helps find businesses that are low on risk and high on promise, thus opening up possibilities for those who earlier had no access to short or long-term business funding.

“More than 40 percent of our customers are entrepreneurs who have not received a business loan before they came to us. We find pockets of underserved entrepreneurs, specifically in Tier IIand III cities. That’s the key focus area for us. Today we serve more than 300 towns and cities in the country, all in a remote model,” adds Alok.

Indifi has also supported many aspiring and new women entrepreneurs, thereby enabling them to take a step forward in gaining financial independence.

Bridging a gap with technology and entrepreneurial spirit

“We are probably the only lender in the country which services customers in 400+ cities without having any physical footprint, and we’ve been able to do this because of substantial use of technology,” says Siddharth.

Offering tailored loans for travel, hotel, ecommerce, restaurant, trading, and retail businesses, Indifi spans over eight industries and has more than 80 partners. The platform has collaborated with top players such as Amazon, Flipkart, Swiggy, Zomato, etc.

“We are going through a phase where our society and the economic status of the people will transform over the next 20 years. I am confident that it’ll be the entrepreneurs who’ll do it [foster economic growth]. So do you want to be a bystander or do you want to go out and play the game?,” asks Alok while reiterating the power of entrepreneurship.

To know more about the personal and professional challenges, and the success that Indifi’s leaders’ experienced, watch the video here.

The 11-part series is live on theboldones.in. Additionally, the series is also available on Omidyar Network India’s YouTube channel and social media handles.

Google Vice President Caesar Sengupta to step down from the company