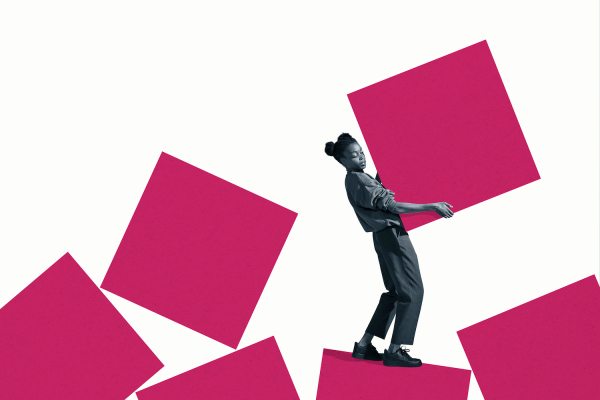 As startups and venture capital grow in tandem, fundraising has gone from a formal affair on Sand Hill Road to a process that can happen anywhere from Twitter to Zoom.

While fundraising may no longer require a trip to California, it might depend on whether you got an invite to a private audio app. And while you may not need to be an insider, second-time founders — largely male and white — still have a competitive advantage.

The growing complexity of fundraising has the opportunity to make tech either inclusive or exclusive. For new founders looking to raise money, let’s dismantle the myths about raising your first check and instead focus on how investors and other successful founders describe the nuance needed to secure money.

What makes my business venture-worthy?

This question is existential, but it should be at the forefront throughout your journey as a founder. Elizabeth Yin, founding partner of Hustle Fund, says startups should be able to hit one of two goals: reach $100 million ARR by its fifth year or get to $1 billion in valuation in the same time period.

“This is hard to do. And most businesses will never get there — not for a lack of trying — but there’s a lot of luck whether your idea has that much demand that quickly,” she added.

“I think you will know in the first year or two how ‘easy’ or ‘hard’ it is to get customers and whether you think on that trajectory you can get to $100 million a year in a few years,” Yin said. “And if it’s really hard, it doesn’t mean you throw in the towel. … There are many great companies that are not VC-backable where the founders will make a lot of money, but it just means you need to think through where to get your financing. Perhaps it’s from angels. Perhaps it’s from revenue-based financing funds. Perhaps it’s from customer crowdfunding.”

While VC is the flashy gold medal, the rapid growth of emerging fund managers means that a first check can be piecemealed together from a variety of different sources. The options for financing are seemingly endless: syndicates, public crowdfunding, VC firms, accelerators, debt financing, rolling funds, and, for the profitable few, bootstrapping.

“When people go around saying, ‘Do you want to run a VC-backable company?’ that feels weird — you don’t necessarily get to pick how fast you can grow — the market just may or may not be there,” Yin said. “There’s a lot of luck with that.”

Leslie Feinzaig, founder of Female Founders Collective, said that beyond economics, the hardest part of knowing whether your startup makes sense as a VC-backed business is understanding your own goals as an entrepreneur.

Can Fintech Drive BFSI Employment In The Post Pandemic World?