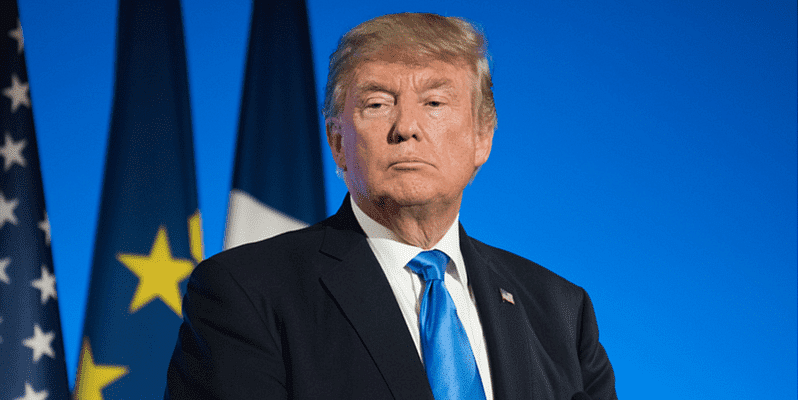 According to a regulatory filing, Former US President Donald Trump‘s Truth Media & Technology Group (TMTG) can raise up to $50 million in convertible notes before it merges with a blank-cheque acquisition firm. TMTG is the parent company of social media platform Truth Social that launched to much fanfare in February 2022.

TMTG is set to raise $1.25 billion in funding when it merges with Digital World Acquisition Corp (DWAC), a deal that was signed in October 2021. However, due to regulatory concerns, the merger has been on hold while it is investigated, and the money cannot be accessed until it is complete.

Until then, Trump’s social media platform is reliant on selling convertible promissory notes worth up to $50 million to maintain operations. It has already raised $38.2 million as of March 31, and filed an operating loss of $4.3 million for 2021.

Despite a furious start, Truth Social has seen a less convincing growth pattern since its launch. Interestingly, the filing also showed that Donald Trump cannot repost his Truth Social messages on other platforms for at least six hours after posting them on Truth Social.

Trump announced the social media platform after being suspended from Twitter in the aftermath of January 6, 2021, protests at Capitol Hill in Washington D.C. Trump has previously said that he would not return to Twitter even if this suspension was lifted.

Despite claims from both Elon Musk and Jack Dorsey to do so, Trump has not commented on this situation.

The revealing filing was submitted by DWAC, a special purpose acquisition company that aims to take Trump’s parent company TMTG public once the merger is authorised. DWAC said that it expects to close the deal in the second half of 2022.

With $3B expected in 2021, Singapore is becoming a fintech capital – TechCrunch

Why did Bill.com pay $2.5B for Divvy? – TechCrunch