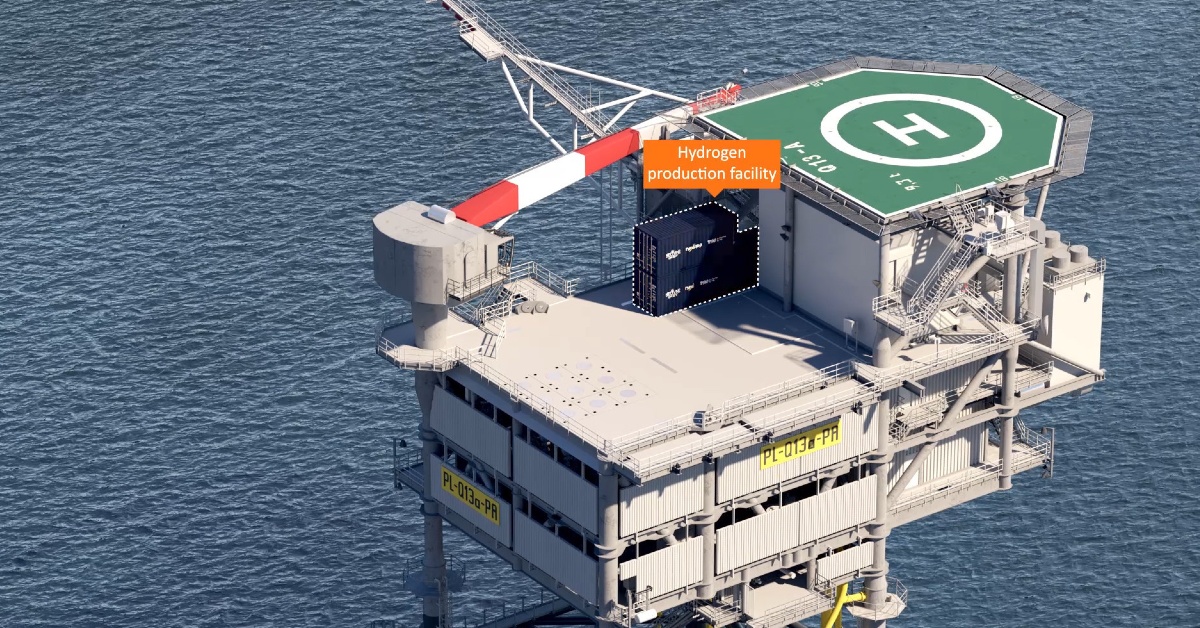 In order to achieve that, energy innovation is set to take place off the coast of Scheveningen, the Netherlands. Green hydrogen will be produced offshore on an operational platform, and the pilot project is known as PosHYdon.

In a recent development, UK’s Neptune Energy announced that it will host the world’s first offshore green hydrogen project on an operational oil or gas platform, using a facility in the Dutch North Sea.

The company announced that the PosHYdon project has been awarded a subsidy of €3.6M from the Netherlands Enterprise Agency (RVO) to start up all activities for this pilot.

The project is an initiative of Nexstep, the Dutch association for decommissioning and reuse, and TNO, the Netherlands organisation for applied scientific research, in close collaboration with the industry.

Neptune Energy is an independent oil and gas exploration and production company with a regional focus on the North Sea, North Africa, and Asia Pacific. With 50 years of experience from activities in 11 countries, Neptune’s aim is to create an international independent E&P company within the next five years.

An exploration & production (E&P) company finds and extracts the raw materials used in the energy business.

Speaking about PosHYdon, Rene Peters, Business Director Gas Technologies TNO and initiator of the North Sea Energy Program, says, “PosHYdon is the ultimate example of system integration in the North Sea. In many studies, hydrogen is considered the missing link in the energy transition, with many talking about all the opportunities. But here, right off the coast of Scheveningen, it will actually take place.”

He explains, “PosHYdon will teach us a lot about the next steps that need to be taken towards safe, large-scale green hydrogen production at sea. Offshore green hydrogen production will enable large-scale wind farms to be developed far out at sea. Wind energy is then directly converted to green hydrogen and can be transported through the existing gas infrastructure. As a result, offshore wind projects can be realised faster at significantly lower costs for society. I am therefore very happy that we can now progress with PosHYdon.”

Besides the Netherlands Enterprise Agency, the remaining budget will be funded by the consortium partners. They include Nel Hydrogen, InVesta, Hatenboer, IV-Offshore & Energy and Emerson Automation Solutions.

Speaking about the project, Jacqueline Vaessen, MD of Nexstep, national platform for reuse and decommissioning, says, “Together with a number of operators and TNO, this idea arose about two years ago from a brainstorming session of the ‘Re-purpose’ working group within Nexstep. We looked at what the best location would be to host this pilot and then arrived at Neptune Energy’s Q13a-A, since that platform is already fully electrified using green electricity. Then the pioneering and search for suitable consortium partners began. This award is a crown for preparatory work. I am therefore extremely proud PosHYdon is now ready for this important next phase.”

PosHYdon looks to integrate three energy systems in the Dutch North Sea: offshore wind, offshore gas, and offshore hydrogen. And this will involve the installation of a hydrogen producing plant on the Neptune Energy-operated Q13a-A platform. The Q13a-A is a fully electrified platform in the Dutch North Sea, located approx 13 kilometres off the coast of Scheveningen (The Hague).

Electricity generated by offshore wind turbines will be used to power the hydrogen plant on the Q13a-A platform, converting seawater into demineralised water, then into hydrogen via electrolysis.

The aim of the pilot is to gain experience in integrating working energy systems at sea and the production of hydrogen in an offshore environment. Additionally, in this project the efficiency of an electrolyser with a variable supply from offshore wind will be tested, and at the same time, knowledge and insights on the costs for the offshore installation as well as maintenance costs will be obtained.

The green hydrogen will be mixed with the gas and transported via the existing gas pipeline to the coast. The 1 MW electrolyser will produce a maximum of 400 kilogrammes of green hydrogen per day.

5 Incidents When Should You Talk To A Financial Advisor?

The Thirteen Fastest Ways To Boost Traffic To Your Website