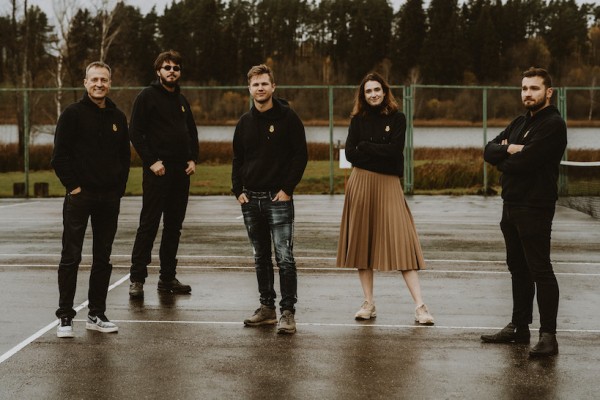 There are plenty of competitors in so-called FMS (Farm Management Software), but so far no global dominant leader has emerged. Agrivi has raised $7.3 million, Granular $24.9 million and FarmLogs $37 million. So there’s clearly plenty of scope for more.

Now Estonia-based eAgronom, another FMS startup, has closed a $7.4 million Series A round led by Yolo Investments and ZGI Capital. Also participating was Trind VC, Iron Wolf Capital and United Angels VC. EAgronom is also the recipient of a $600,000 EU grant, and had previously raised $12 million in backing from investors.

Given that agriculture is one of the major sources of global emissions today, with this funding, eAgronom says it aims to create a farming-based carbon credits platform. It will also expand to new markets (including outside of the EU), and improve its carbon tracking technologies. It will also launch a web3-based DAO called Solid World to help farmers and other carbon projects finance CO2 sequestration.

Because soils constitute the largest carbon sink outside oceans, the planet is going to need sustainable farming practices to deal with the climate crisis.

Given that carbon offsetting has experienced a lack of transparency and measurability, eAgronom believes that a blockchain solution will introduce more accountability.

It currently has as clients 1,500 agribusinesses that cover more than a million hectares of arable land across Europe.

In a statement, Robin Saluoks, co-founder and CEO of eAgronom, said: “Through our experience helping farmers with technology, we are uniquely positioned to capture the global agri-carbon opportunity… To fight climate change, we have to provide transparent tracking and access to capital to all nature-based companies…. We aim to become the leading developer of high-quality carbon credits.”

Saluoks told me that his aim is to “decarbonize agriculture, and this will be achieved through a combination of regulation, incentives, R&D and consumer behavior. Our startup sits firmly in the incentives category, but we think the strongest competition comes from within the incentives category: trying to convince corporate ESG initiatives to support agriculture, which means eAgronom is competing for corporate ESG budgets. ESG practitioners have multiple options for offsetting carbon emissions, and this startup wants to be their first choice.”

He says the end goals are cleaner food production and fewer greenhouse gases.

Tim Heath, general partner at Yolo Investments, said: “Many companies want to be in web3, but eAgronom and Solid World DAO have actual applications. Voluntary carbon markets lack transparency and liquidity, and blockchain is the best technology for providing both. We are excited to use our experience in crypto to support the company.”

Normunds Igolnieks, general partner at ZGI Capital, said: “Monitoring software and farmer networks give the company a head start and strategic advantage. Combined with the global movement toward net zero, eAgronom is an exciting business to be a part of.”

The bright side of fintech funding results – TechCrunch

Foods to Add to Your Allotment This Spring

3 Tips for startups to last in this pandemic