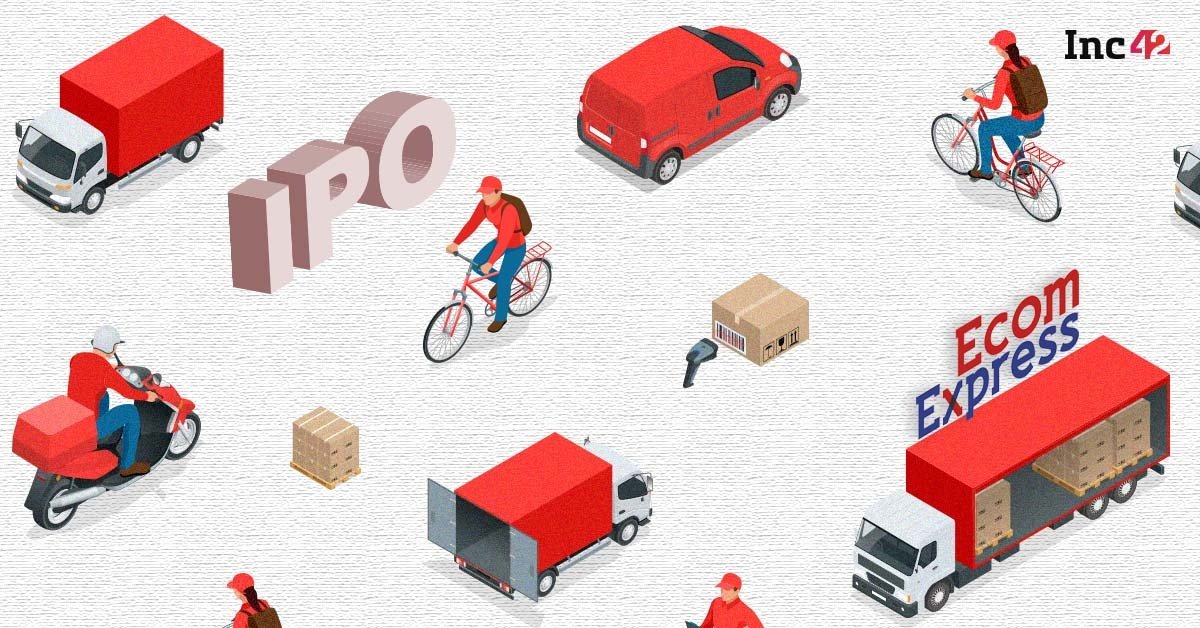 Other IPO-bound startups that have postponed listing plans include: BoAt, OYO, FirstCry, MobiKwik, among others

In February 2022, Inc42 had exclusively reported that logistics startup Ecom Express was heading for an initial public offering of INR 4,680 Cr – with a fresh issue size of INR 2,160 Cr and OFS worth INR 2,700 Cr.

Now, according to reports, Ecom Express has joined the list of IPO-bound startups waiting for the bear market storm to pass. Instead, the Delhi NCR-based startup is looking to raise funds from private equity and venture capital investors. Ecom Express has reportedly pitched to investors for a round of $100 Mn – $150 Mn capital infusion.

ET quoting sources, stated that the company is working with investment banks JM Financial and Barclays to raise funds from private investors, and is looking to benchmark itself against Delhivery. A valuation has not been finalised yet, the report added.

It is interesting to note that Ecom Express is the third-largest logistics startup in India, only next to Delhivery and close to XpressBees. While Delhivery has listed on the bourses (by waiting for the market to stabilise and then eventually listing at a lower offer), XpressBees’s sister company FirstCry has also postponed IPO plans.

The market volatility, global slump in equities and the fear of a global war have made the roadmap for several upcoming IPOs unclear.

Waiting Out The Storm Or Reducing Offer Size?

The euphoria of startup IPOs died down after the 11 listed startups flaked their performances. Following that, many startups which intended to come out with IPO deferred their public issues.

For instance, PharmEasy and MobiKwik have filed their DRHPs with SEBI last year and received the final clearance, but they have not set dates for their IPOs. OYO too has received in-principal approval from SEBI for its INR 8,430 Cr IPO. The startup will need to file an updated DRHP, but is reportedly mulling slashing the offer by 50%, and has set no date to go public.

Can your startup support a research-based workflow? – TechCrunch

UPI Clocks In INR 8.26 Lakh Cr Worth Transactions In December 2021