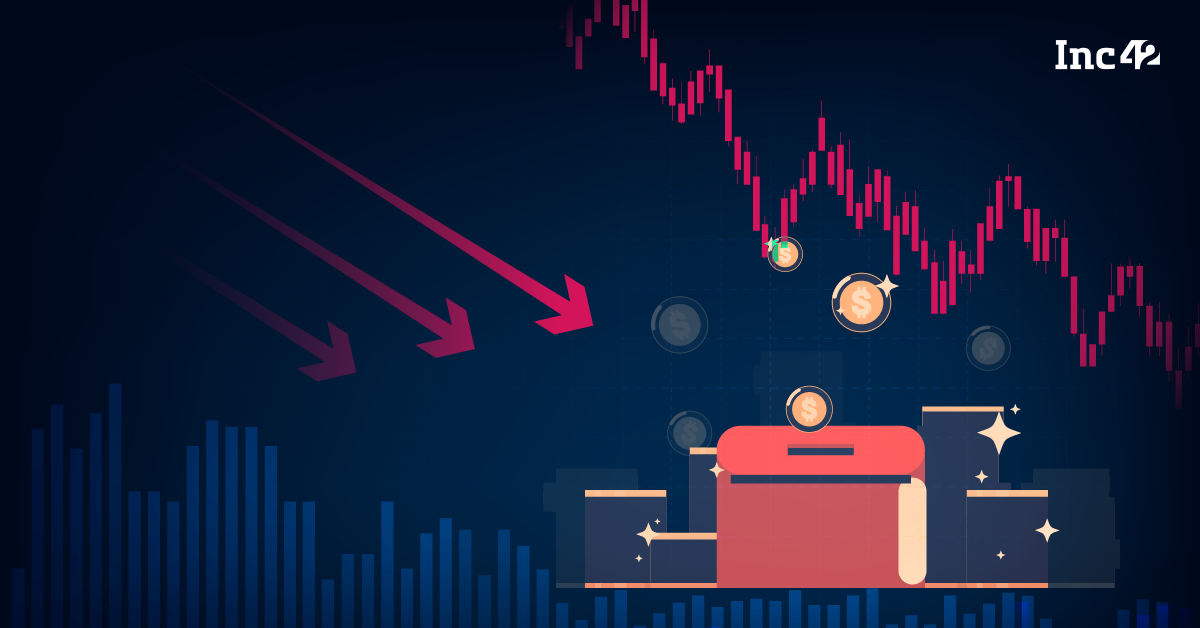 The average ticket size for ecommerce funding in Q2 2022 was $18.6 Mn, falling 86% over the last three quarters

India’s startup ecosystem is at a crossroads right now, with startup valuations and funding going down steeply over the past six months. This trend has impacted almost all new-age tech startups across sectors.

The ecommerce sector is one of the consumer internet sectors which took a significant hit in terms of deal flow and funds infusion in H1 2022.

The funding for ecommerce startups has been on a continuous decline for the past three consecutive quarters. 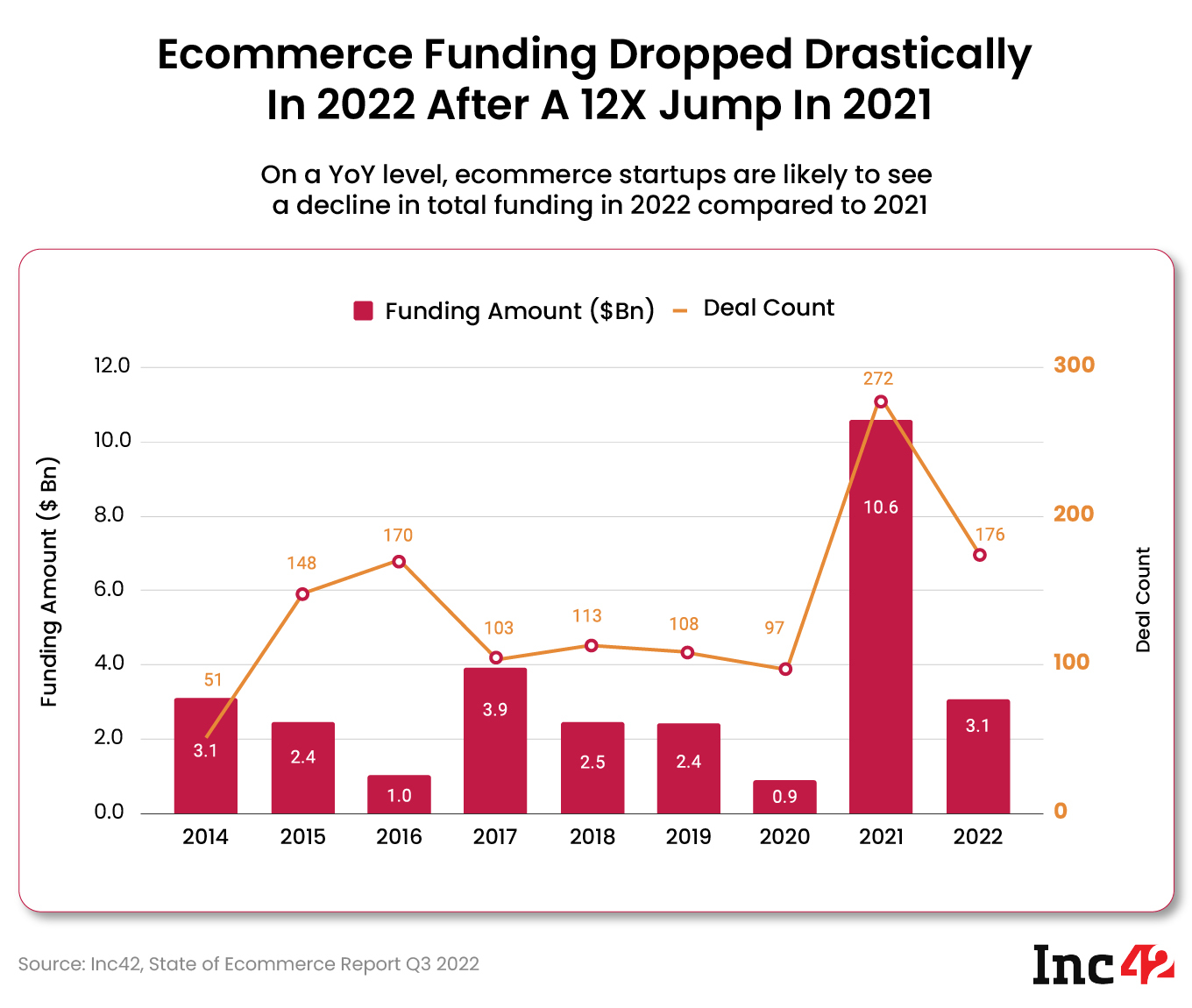 Having raised $42 Bn in startup funding in 2021, the stakeholders had high hopes for 2022. However, the global macroeconomic scenario changed in the first quarter of 2022, impacting public equity and private equity markets alike and resulting in a slowdown in startup funding.

Investors in India have also taken a more cautious approach in terms of startup funding, placing smaller bets than 2021 and reevaluating startup valuations. While some in the industry call the current situation a downturn, for others it is merely a correction.

Either way, the impact is clear. Indian startups managed to raise around $1.1 Bn in August 2022, the same as July 2022, which was the worst month for startup funding on record since January 2021. Since February 2022, Indian startup funding has been declining steadily (except June, when the funding increased). The same has been the case for ecommerce funding as well.

The year 2021 saw mega deals happen in ecommerce by the bucketloads, however, in 2022, investors have looked to invest in startups that have high growth potential but are still in the early stages of their lifetime. 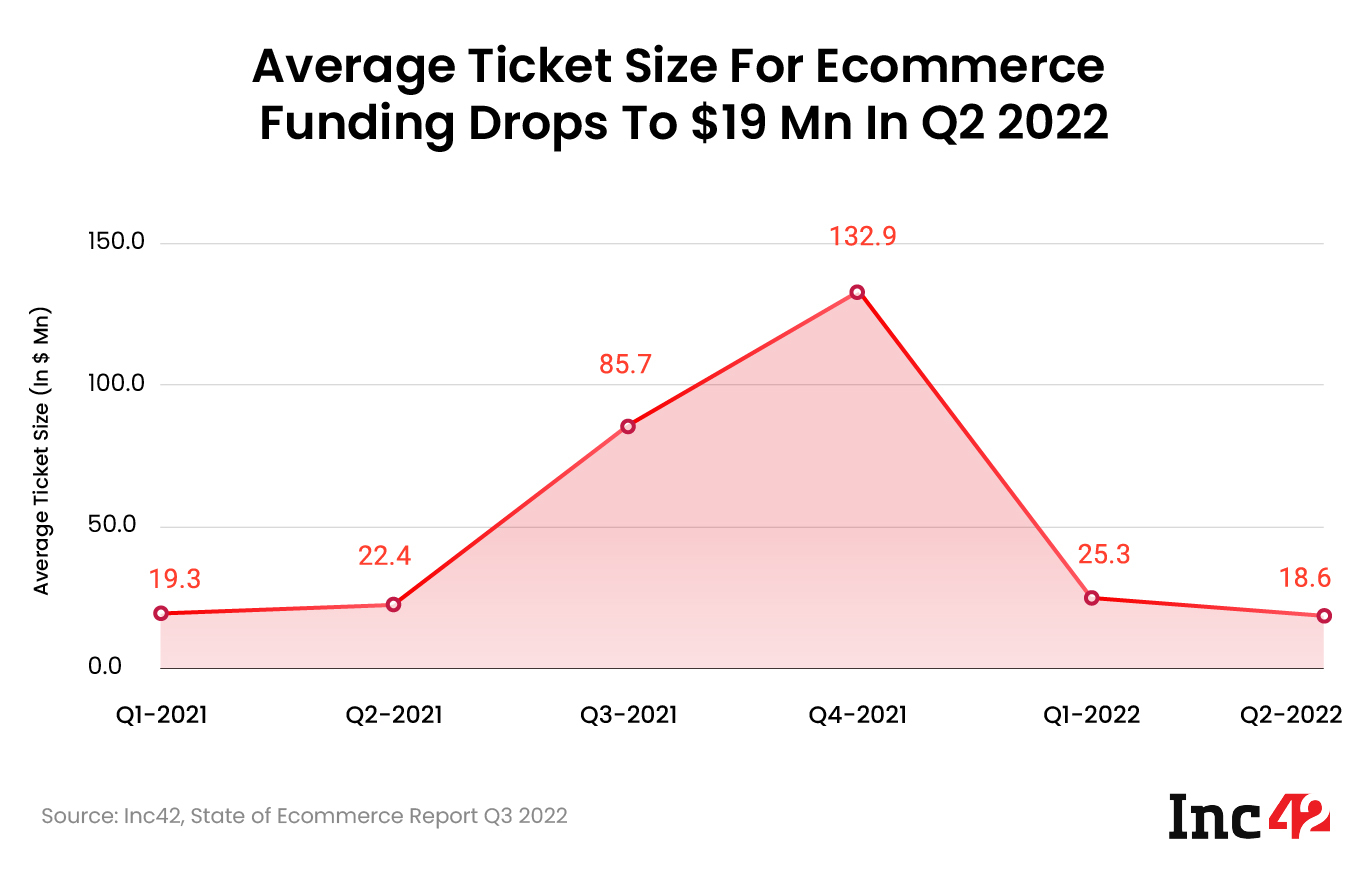 However, there’s a catch. The story becomes more interesting if we break down the average ticket size into its components – the funding amount and the funding deals.

In Q2 2022, only four mega deals took place in the ecommerce sector, worth a total of $408 Mn. While the ratio here is quite dramatic as well – 5% deals accounting for 34% funding – it implies more homogeneity in terms of funding distribution throughout the 79 rounds that were closed during the quarter.

Indian ecommerce startups have raised a collective $30.35 Bn across 1,282 deals between 2014 and H1 2022, according to Inc42’s ‘The State of Indian Startup Ecosystem Report, 2022’. The marketplace subsector saw the highest level of funding activity during this period, accounting for $16.2 Bn or more than half of the total ecommerce funding in India. 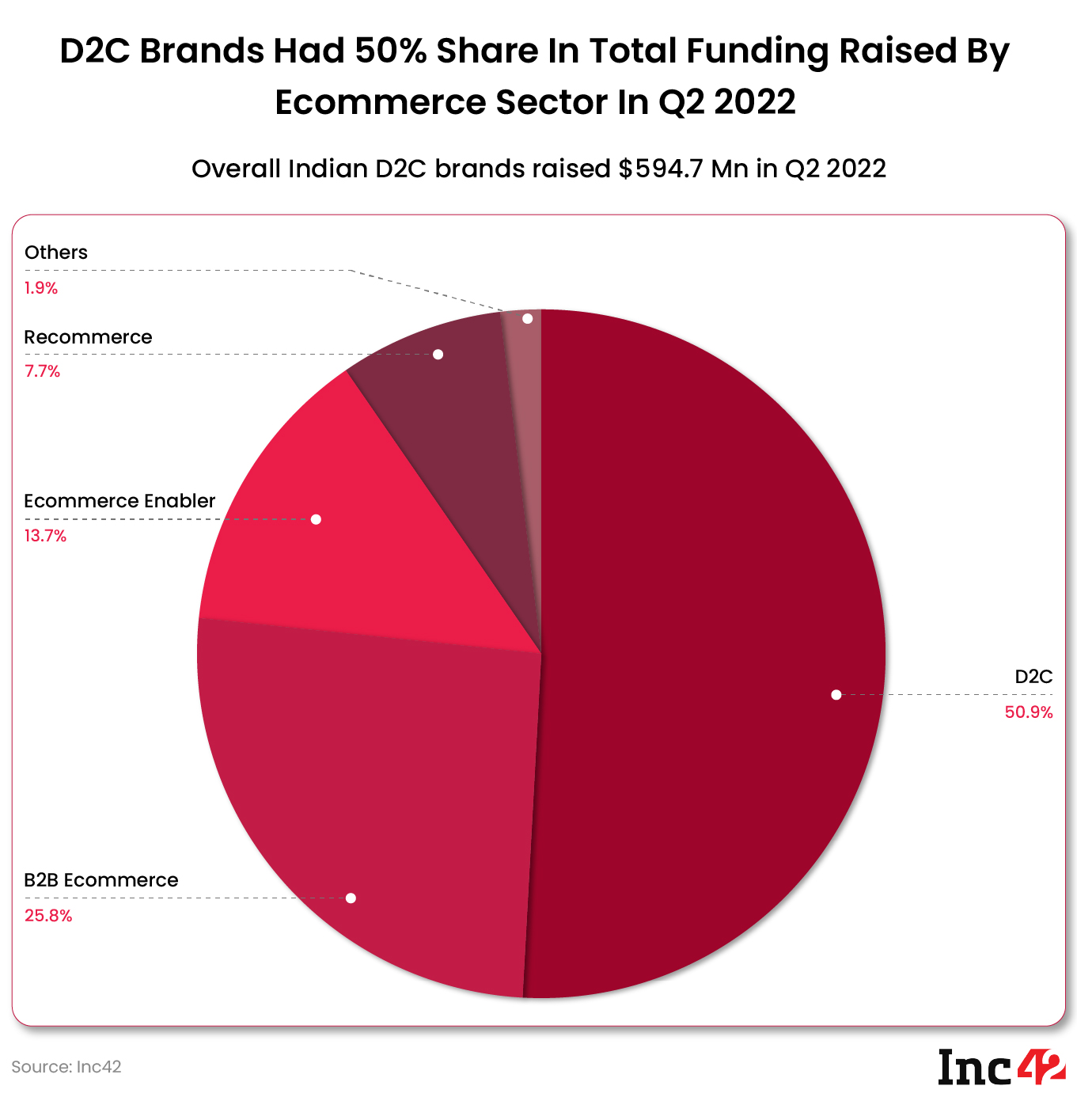 B2B ecommerce came in second in terms of funding raised since 2014 with $4.2 Bn. D2C was the third-most funded ecommerce subsector, with Indian D2C startups securing $3.1 Bn in funding between 2014 and H1 2022.

In terms of funding in the last quarter, D2C stood head and shoulders above the rest of the ecommerce subsectors. In Q2 2022, Indian D2C startups raised $599.7 Mn, almost twice as much as the B2B sector.

D2C saw a 10% quarter-on-quarter (QoQ) decline in funding activity in Q2 2022. However, the funding increased 195% YoY in D2C startups, reflecting the increased investor interest in the subsector. The average ticket size increased 13% QoQ to $14.9 Mn during the same quarter.

Opportunities & Challenges Ahead For Ecommerce

The ecommerce ecosystem has produced the highest number of unicorns in the country at 23, with fintech a close second at 22. Out of these 23 unicorns, Nykaa went public last year. Ecommerce unicorns have raised $28.6 Bn in funding (about 94% of all ecommerce funding between 2014 and H1 2022) and are collectively valued at $86 Bn.

At the same time, there are 16 soonicorns in the Indian ecommerce ecosystem, valued collectively at $5.3 Bn.

Speaking about the total market opportunity, Anup Jain, managing partner at Orios Venture Partners, told Inc42 that ecommerce penetration will continue to increase, but will have a strong correlation with the pace of urbanisation in the country.

“This is because urbanisation leads to population density and congestion and that produces a problem of convenience and crunch on time during day-to-day living where ecommerce becomes relevant, as a solution,” he added.

The government’s Open Network for Digital Commerce (ONDC) initiative is expected to further boost ecommerce penetration in the country. The network will use open technology and infrastructure to enable digital commerce to reach more geographies.

Besides, the Indian government is also working on the draft ecommerce rules and Consumer Protection (E-Commerce) Rules, 2020 for the sector.

Amid the funding winter and the ongoing work for a regulatory framework for the sector, ecommerce startups will have to innovate to find product-market fit faster, reduce cash burn and go profitable.

While ‘growth at all costs has become the norm in India’s startup ecosystem, funding and valuations are going through a correction, prompting a rethink of strategies being followed by Indian startups in general, not just ecommerce.

US venture capitalists have never had so much spare cash – TechCrunch

How Does Fiat on Ramp Work? What Are the Benefits?

The SaaS selloff is steepening – TechCrunch