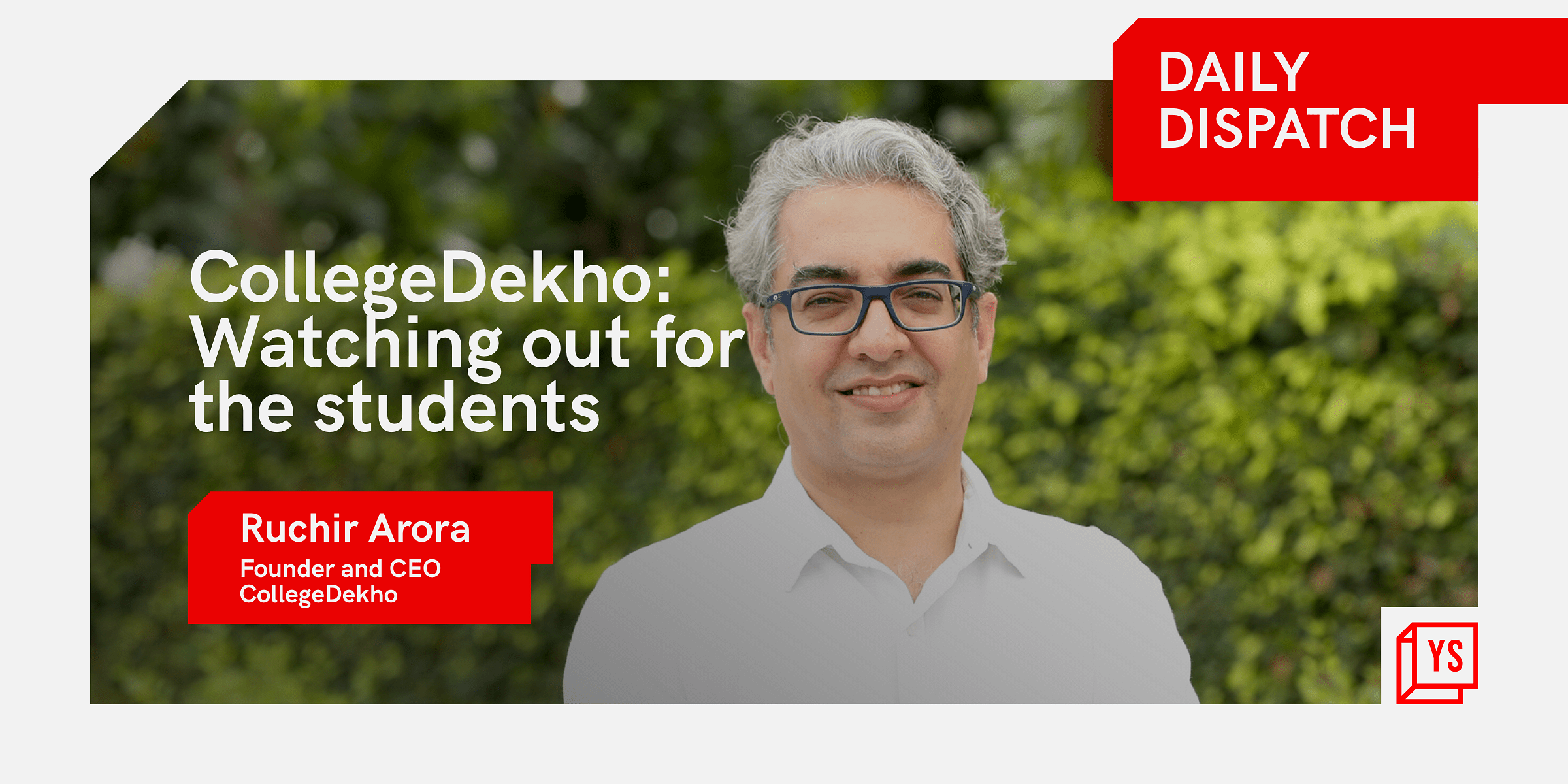 Founded in 2015, CollegeDekho is an online higher education and college admissions platform. Earlier this month, the Gurugram-based company raised $35 million in a Series B round of funding led by Winter Capital, ETS Strategic Capital, Calega and existing investor Man Capital.

Speaking about what the company intends to do with the capital, Ruchir Arora, Founder and CEO, CollegeDekho says that the funds will be used to accelerate growth, given that the platform became profitable last year. Additionally, CollegeDekho is also going to invest in more student services and technology.

“When we started the company in 2015, our aim was always to create a large higher education ecosystem,” he says.

With the overwhelming number of colleges and universities in India, it becomes very difficult for the students to choose a course. CollegeDekho helps solve this problem, the founder says. The company has created a unique common application platform where students can apply to multiple universities and colleges from a single platform.

Ruchir adds that CollegeDekho has also explored synergies overseas and acquired Scholarship Facilitation Services which helps students to primarily go to the US. The company also explored the student financing and student loans space. “For us, the next part of the vision was how we can help these students in continued learning while they are in college or are graduating out of college,” he says.

The company, according to the founder, is now building an ecosystem to help the students with continued learning.

Commenting on targets, Ruchir shares that the company plans to double, and even triple, its existing numbers to about a hundred thousand admissions in the next one year or so. “We are also trying to increase options for students to choose from on our platform,” he says. Currently, there are 1,000 colleges on the platform and they want that number to go up to 5,000 in the next two years.

“We are looking to get into the space of learning and we’re assuming at least 15-20 percent of our students will end up using our learning platform,” says Ruchir.

Lastly, he shares that in the Indian edtech space, which has players such as upGrad and BYJU’S, CollegeDekho is making a place for itself by helping students while they are studying or are just about to graduate.

“Roughly about five lakh students have applied through our platform in the last 3-4 years,” says Ruchir. The learning space in the country is large and CollegeDekho aims to get close to achieving what the bigger players have achieved in the industry.

Facebook to publish interim compliance report as per IT rules on Jul 2, final report on Jul 15