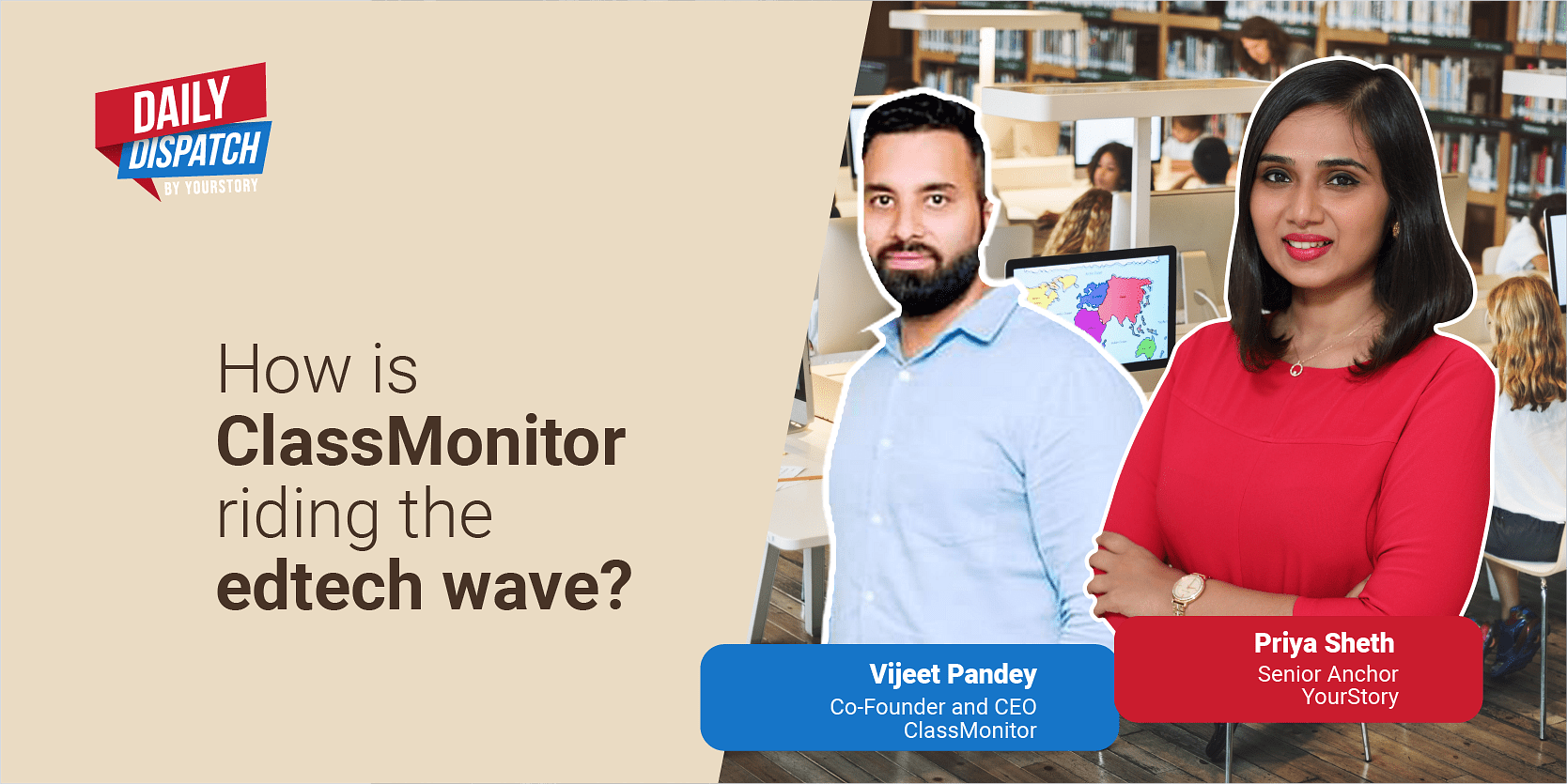 Founded in 2016, ﻿ClassMonitor﻿ is an edtech platform headquartered in Indore that makes learning easy and engaging for children using activity-based learning kits. Vijeet Pandey, Co-founder and CEO, ClassMonitor tells in a conversation with YS that the brand has seen tremendous growth and evolution in the last 12 months.

In the last 12-14 months, the company has managed to deliver and dispatch their kits to more than 5,000 PIN codes across India, and as well as 14 countries, shares Vijeet. In 2020, the company saw a 5x growth and they aim to take that figure up to 10x in this financial year. “As a brand, we have grown and we have managed to reach out to the smallest of cities in India,” he says.

Vijeet shares that ClassMonitor initially entered the market as a parent-teacher communication platform. Eventually, the company evolved into the ClassMonitor learning kit. Post that, the brand was hitting large numbers and volume, indicating that the name was working for the market and so they stuck by it.

He mentions that as of now, the company has a presence in around 600+ cities in India. Around 65 percent of the contribution comes from the top cities, but there is also a lot of demand from the small cities and towns as well. In terms of expansion, ClassMonitor’s current focus is India but the company has recently started operations in the US and Dubai.

“We are getting a lot of organic demand from these two countries, so we are now looking at a focused effort in growing there,” says Vijeet.

He adds that the brand is currently catering to the age group of 1-8 years and the majority of the volume is coming from the age bracket of 1-5 years. In the long run, ClassMonitor aims to expand its product range to cater to the age group of 0-12 years.

He adds that currently, the company is investing heavily in the content team to develop the content. For the age group of 0-6, the company is planning on sticking to their pedagogy of keeping the kids away from mobile phones, and for the age group of 6-12 years, it is building AI/ML-enabled technology that can be directly used by children. The key focus areas are penetrating deeper into the market, building better content, and increasing marketing efforts.

Additionally, ClassMonitor has live class programmes for parents and educators, along with involving children under six years old. For children above that age, the live classes target the kids directly, explains Vijeet.

ClassMonitor has partnered with them to improve their content and teaching methods. The third channel is a distribution network of 200+ mothers who are official distributors of the brand’s products across India.

Vijeet mentions that presently, the company has been receiving decent margins on their products. “Right now, we are not chasing investors for funds,” he says. The company is sufficiently funded to run operations for the next 14 to 18 months. However, they are in talks with a couple of venture capital firms for their Series A round.

“I don’t want to rush it, to be honest. We want to raise the fund when we feel like we are prepared,” says Vijeet.

What Is Direct Mail Marketing and How Can It Benefit My Business?

5 Tips For Setting Up A Successful Pop-Up Store