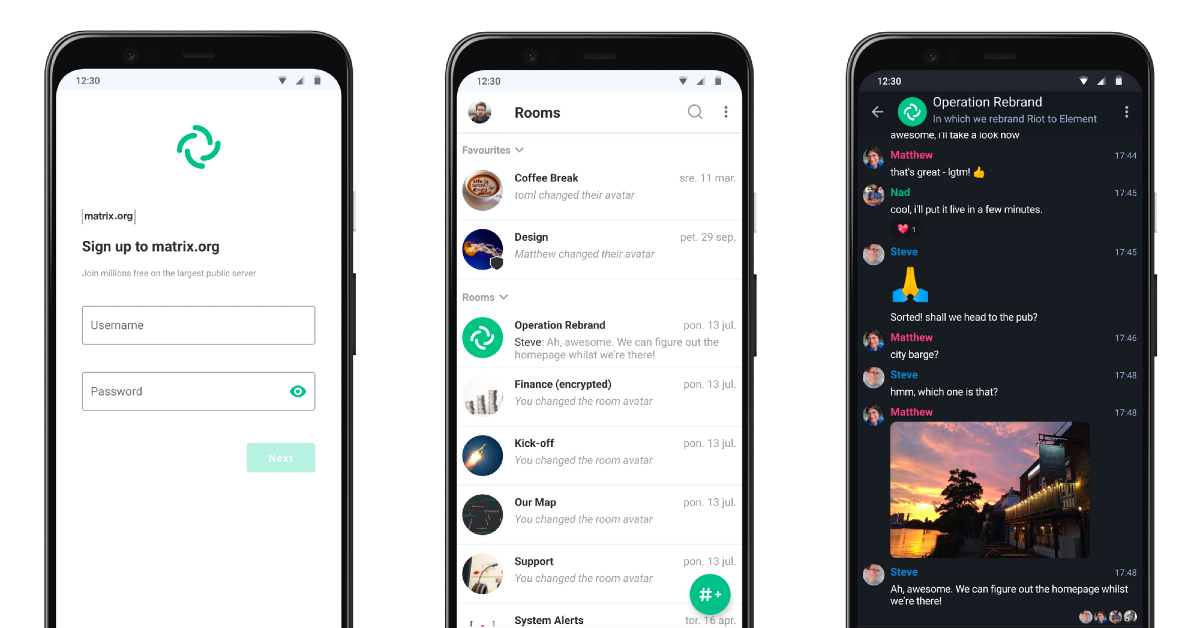 The age of decentralised communication is upon us! Element, the startup behind the end-to-end encrypted team messaging platform powered by the Matrix protocol, has raised $30M (approx €25.4M) in funding in the Series B round.

The round is led by Protocol Labs (the creators of libp2p, IPFS, Filecoin, and more) and Metaplanet – the investment fund set up by Jaan Tallinn, co-founder of Skype. Others including Automattic and Notion also participated in the round. To date, the company has raised $48 million in funding.

The company will be using the funds to build out new features, expand in the enterprise market and take Matrix fully mainstream.

“The coming months will prove critical as we transform towards this brave new world. The new funds will be spent on taking Element’s polish to the next level – while fully funding P2P Matrix work, Decentralised VoIP/Video conferencing, and Decentralised Reputation at last,” says Amandine Le Pape, co-founder of Element.

Element is a decentralised, open-source team communication app built on Matrix protocol. It’s worth mentioning that Element co-founders, Matthew Hodgson and Amandine Le Pape, were involved in the development of the Matrix protocol.

Matrix, the not-for-profit protocol is open source, which allows anyone to run their own secure collaboration and messaging server. The global Matrix network has got 35 million users spread over about 76 thousand servers. According to the company, Matrix protocol has seen 190% growth in the past year.

“In the public sector, more and more governments and NGOs (hopefully to be announced soon!) are joining the UK, the US, France and Germany in building on Matrix. Only last week we saw gematik, the German national health agency, announce all of Germany’s healthcare will use Matrix for messaging going forwards,” says Amandine Le Pape.

Recently, the company has renewed its contract with the French government to provide secure tools for 5.5 million civil servants as well. Currently, there are over 150 apps available, which can be locally managed.

“Element could be self-sufficient at this point if we wanted to, funding basic Matrix and Element development via revenue from EMS hosting, EMS services, and support contracts for nation-scale deployments such as France and Germany,” says Le Pape.

The future of supply chains depends on frictionless logistics with collaboration

Want To Switch Your Current Job? Here’s How to Do It Correctly

HOW TO MANAGE SMALL BUSINESS ACCOUNTS