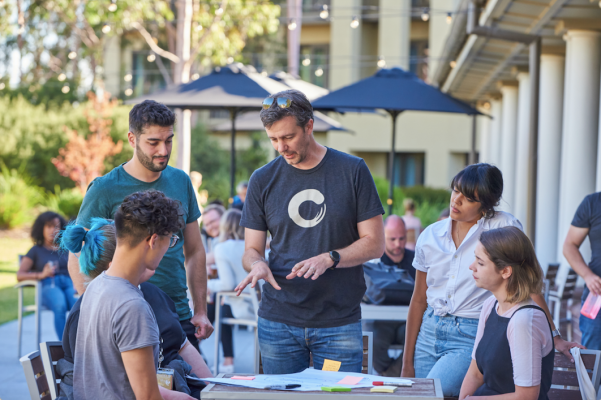 Culture Amp was founded in 2009 to let companies conduct anonymous employee surveys, but since then, its focus has expanded to helping employers turn the data they collect into action. The company announced today it has raised $100 million in Series F funding, led by returning investors Sequoia Capital India and TDM Growth Partners. The round bumps Culture Amp’s valuation to $1.5 billion, more than double what it was after the company’s Series D in 2019.

Culture Amp is now used by more than 4,000 organizations with a total of 25 million employees. Its clients range in size from about 20 to 30 people to more than 150,000 employees, and include Salesforce, Unilever, PwC, KIND, SoulCycle and BigCommerce.

From its start as a survey platform, Culture Amp has grown to encompass analytics for managers, like turnover prediction and team goal tracking. It also has a sizable online community where users can connect and book workshops, including ones run by diversity, equity and inclusion experts. Culture Amp recently held a virtual version of Culture First, its annual event, with over 20,000 participants.

Founder and chief executive officer Didier Elzinga told TC that he sees Culture Amp’s Series F as a “validation of the HR space in general.”

“I think for a long time, the HR space and HR tech space have been viewed as not that interesting or important, but what we see now is that people are the most important thing that most companies have, so what can we do to craft their experiences,” he added. “I think it’s a really interesting step for the space as a whole, for an organization like Culture Amp to have made it to this level of revenue, fundraising and valuation.”

The company still has most of its funds from its Series E, but the new round will allow it to “work at a whole other level of scale,” Elzinga said. Culture Amp launched in Australia, and about two-thirds of its revenue comes from the United States. It is also growing in Europe, so some of its new funding will be used on its dual data centers. Elzinga added that the raise also gives Culture Amp a warchest to spend on acquisitions.

Over the past year and a half, employers have dealt with two major issues: a remote workforce coping with the COVID-19 pandemic and growing calls for diversity, equity and inclusion.

Culture Amp saw more employers addressing DEI in surveys; for example, the number of companies who asked employees questions like do they “build teams that are diverse” increased about 30% in 2020. Clients have access to surveys created with behavioral psychologists, including ones designed to see if women, people of color or people who use English as a second language are feeling disengaged and, if so, how to help them.

To understand the pandemic’s impact, the platform introduced well-being templates, asking if employees are feeling overwhelmed, how they feel about messaging from company leaders and gauging their willingness to return to the office.

Surveys are answered anonymously and data is aggregated to protect the privacy of individual employees. To help companies act on the results they get, Culture Amp provides what it calls an “Inspiration Engine,” or practices that have worked for other companies.

Since Culture Amp works with a large group of employers, it is able to create benchmarks by industry, size and region. This allows companies to see how their employee engagement compares to others in the same space.

Another feature, Skills Coach, is based on behavioral science research and helps managers develop “soft skills” through two-minute interactive exercises that are delivered by Slack or email.

“The experience that employees have is the thing we want to up level, but the way we want to do it and what we’re focused on is lifting managers’ capability to delivery that employee experience,” Elzinga said. Skills Coach was designed to fit into busy workdays and its usage has tripled over the past year, he added.

“We think that for all the progress we have made, we’re still at the beginning of actually delivering on that employee experience,” he added. “I think the last two years have shown us how important mental well-being is, how important diversity and inclusion is, and how important it is for leaders to truly listen to their people and then to act on that and follow up.”

Other employee feedback platforms include Lattice, Glint and Qualtrics. Elzinga said the main way Culture Amp differentiates is its team of “People Scientists,” or organizational and behavioral psychologists who design surveys, work in its product team as analysts and serve as consultants for clients.

“We see ourselves at the point now where we have enough data that we can start to do primary research on a lot of these issues and we’re looking at how can the data we are developing help inform the space in general, not just ‘here’s what our customers are doing,’ but research that shows how this correlates to that in a situation,” said Elzinga. “The people science component is a hugely important to us.”

In a statement about its investment in Culture Amp, TDM Growth Partners co-founder Hamish Corlett said, “Organizations are living in a world of unprecedented change, and the last 12 months have only accelerated this. We have seen first hand the power that Culture Amp’s unrivaled data set and unique insights have inside boardrooms globally, and we expect this only to amplify in the coming years.”

Pitch, a platform for making and sharing presentations, raises $85M on a $600M valuation – TechCrunch

Logistics And Big Data: How To Gain Core Competency In A Digital Ecosystem

IPO-Bound Paytm To Expand ESOP Pool By 65% With 3.7 Cr Shares