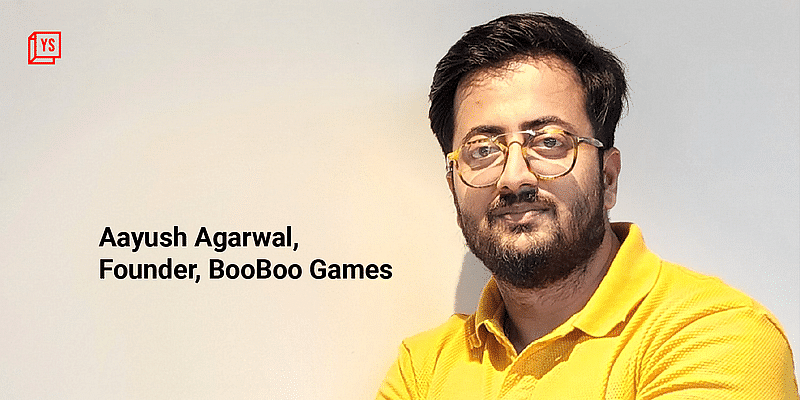 While gaming became more popular due to the pandemic-led lockdown, Aayush Agarwal was no stranger to it.

Aayush explains that the journey began six years ago when he stumbled upon a gaming conference happening in the same location where he was attending a pharmacy conference.

“I was in Hyderabad for a pharma conference for the company I was working with at that time. I got free a bit early that evening and there was a gaming conference happening at the same hotel. I attended the conference and realised how big the gaming opportunity was. I had dinners with a few people from Nazara and other prominent gaming companies and was totally mesmerised by the sector,” says Aayush.

“The switch from pharmacy to gaming happened completely by fluke,” he says.

It wasn’t long before Aayush found himself deep in the gaming universe. After six months of research, he started Zhakaas Games LLP with a close friend in 2018. The itch to be a founder remained and soon Aayush was onto the next thing. He built a company yet again, this time with his own funds in March 2020. His wife Mahek Agarwal became the co-founder and also the inspiration behind the company’s name ‘BooBoo Games’.

BooBoo Games Pvt Ltd operates in the hyper casual gaming sector. This means the games created by the firm can be played by people between the age of 5 and 75. It also makes games for other gaming companies and markets. At Zhakaas Games, initially, the founders were outsourcing game developments. Since it would increase the cost at BooBoo Games, Aayush decided to have an in-house development team.

The firm started with six members. But soon, Aayush encountered a challenge. “It took us about a year and a half to build a team of 25 in Ahmedabad,” he says.

BooBoo Games makes around 20 games a month across genres. Part of its strategy is to keep the volume of games high, in order to increase the chances of landing on a viral title. Roughly, it takes two weeks for BooBoo Games to make one title.

“Instead of spending a lot of time on creating one game, we feel the more games we make there would be a wider scope for one of them becoming a huge phenomenon,” says Aayush.

The inspiration for these games can come from anywhere. Aayush says it could even come from a TikTok trend. “My wife is always on social media and she keeps suggesting ideas for new games. When Squid Game became a huge success, a lot of gaming companies were creating games based on themes from the show,” he says.

Pillow Fight Leagues was the result. BooBoo Games counts many more such titles in its portfolio like Roller Coaster Ride, Pillow Fight League, Pool Guard Stack, and Water My Farm, besides 300 other hyper casual game titles.

Besides games, in-game advertisements also generate revenue for the company. BooBoo Games made Rs 1.88 crore revenue from games and advertisements in FY2020-21 and Rs 4.55 crore in FY2021-22.

Once a bootstrapped firm, it is now looking to raise $1 million, out of which $165,000 has already been raised. These funds will be used for developing games in metaverse, blockchain, and non-fungible token, among other sectors.

Driven by a young demographic, supported by growth in digital infrastructure, India’s gaming industry, which is valued at $885 million, is expected to grow at 41.6% (FY20-21), according to a report released by Maple Capital Advisors in August 2020.

YOUKRAFT Secures $10 Mn To Serve Through A National Level App

Differences Between Gig Workers and the Contingent Workforce

FDI equity inflows dip 6% during April-June to $16.6B: DPIIT