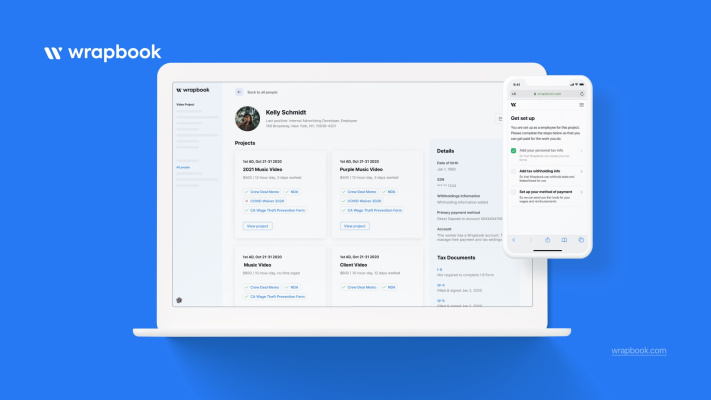 Wrapbook, a startup that simplifies the payroll process for TV, film and commercial productions, has raised $27 million in Series A funding from noteworthy names from both the tech and entertainment worlds.

The round was led by Andreessen Horowitz, with participation from Equal Ventures and Uncork Capital, as well as from WndrCo (the investment and holding company led by DreamWorks and Quibi founder/co-founder Jeffrey Katzenberg) and from CAA co-founder Michael Ovitz.

“It’s time we bring production financial services into the 21st century,” Katzenberg said in a statement. “We need a technology solution that will address the increasing complexities of production onboarding, pay and insuring cast and crew, only exacerbated by COVID-19, and I believe that Wrapbook delivers.”

Wrapbook co-founder and CEO Ali Javid explained that entertainment payroll has remained a largely old-fashioned, paper-based process, which be particularly difficult to track as cast and crew move from project to project, up to 30 times in single year. Wrapbook digitizes and simplifies the process — electronically collecting all the forms and signatures needed at the beginning of production, handling payroll itself, creating a dashboard to track payments and also making it easy to obtain the necessary insurance. 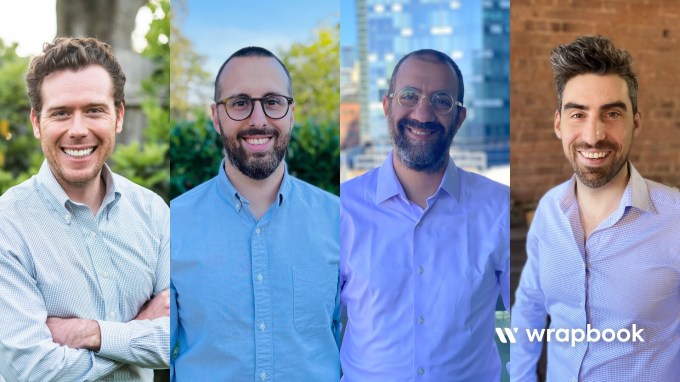 Although the startup was founded in 2018, Javid told me that demand has increased dramatically as production resumed during the pandemic, with COVID-19 “totally” changing the industry’s culture and prompting production companies to say, “Hey, if there’s an easier, faster way to do this from my house, then yeah let’s look at it.”

Javid also described the Wrapbook platform as a “a vertical fintech solution that’s growing really fast in an industry that we understand really well and not many others have thought about.” In fact, he said the company’s revenue grew 7x in 2020.

And while Wrapbook’s direct customers are the production companies, co-founder and CMO Cameron Woodward (who previously worked in filmmaking insurance and commercial production) said that the team has also focused on creating a good experience for the cast and crew who get paid through the platform — a growing number of them (12% thus far) have used their Wrapbook profiles to get paid on multiple productions. 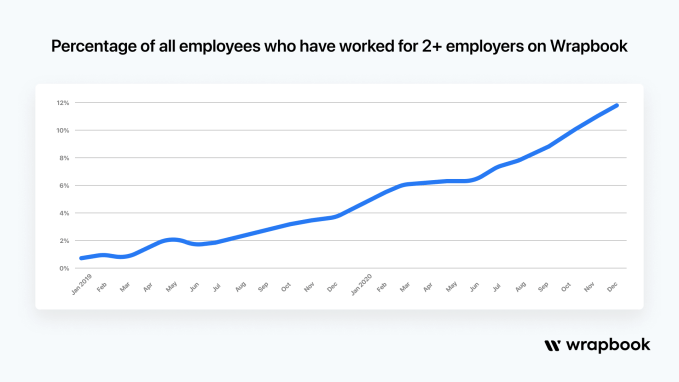 The startup previously raised $3.6 million in seed funding. Looking ahead, Javid and Woodward said that Wrapbook’s solution could eventually be adopted in other project-based industries. But for now, they see plenty of opportunity to continue growing within entertainment alone — they estimated that the industry currently sees $200 billion in annual payments.

“We’re going to double down on what’s working and build things out based on what customers have asked for within entertainment,” Javid said. “To that end, we’re working towards hiring 100 people in the next 12 months.”

The Benefits of Branding Your Work Van

Invest in our planet: Here’s how these 8 European tech companies are stepping up to celebrate Earth Day 2022

Mexican unicorn Kavak raises a $485M Series D at a $4B valuation. – TechCrunch