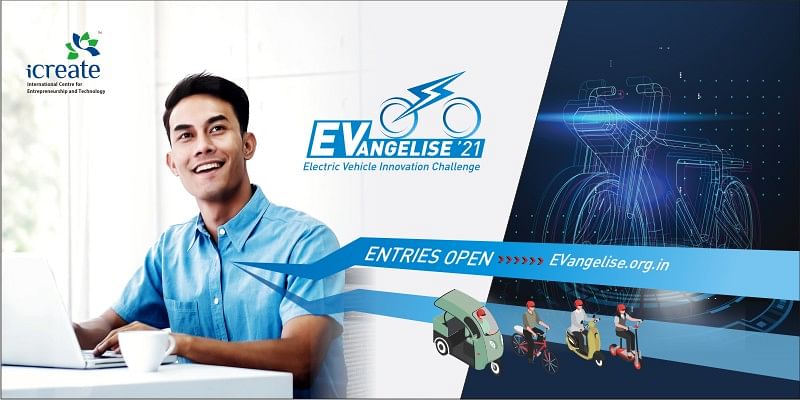 The global EV market witnessed an average growth of 43 percent annually over the last five years. India too is at the cusp of a decisive breakthrough in the sector. The disruption can be gauged from how Ola e-scooter received a record-breaking 1 lakh pre-bookings in just 24 hours. The entry of new and dynamic players like Ola and Ather promises a strong growth rate in the next few years.

The Government of India has laid out an ambitious plan to accelerate the adoption of EVs in India. A budget of Rs 10,000 crore has been declared under phase 2 of FAME (Faster Adoption and Manufacturing of (Hybrid &) Electric Vehicles in India.

Addressing the Amazon’s Smbhav Summit, Nitin Gadkari, Union minister for roads and transport and highways said, “India is moving ahead towards making electric vehicles. In due course of time we will be the number one electric vehicle maker in the world. All reputed brands are present in India.” It is important to build an end-to-end ecosystem offering support to entrepreneurial innovation to achieve these ambitious targets.

In line with the government’s vision, innovation-based startup incubator iCreate (International Centre for Technology and Entrepreneurship) has launched EVangelise – a challenge aimed at bringing some of the brightest minds into the EV industry mainstream. It is open to students, independent innovators, researchers, startups as well as EV enthusiasts from anywhere in the world. The inaugural edition of EVangelise kicked off on 15 July and is currently inviting applications for multiple stages. At each stage, applicants get a chance to learn from the best in the industry along with some exciting monetary rewards. Spanning 7 months, EVangelise will help shape the dreams of many EV innovators into reality.

iCreate is an already established incubator with a track record of transforming tech innovations into successful business models. Over the past few years, iCreate has been supporting multiple projects in the EV space. From battery management systems to autonomous driving systems, iCreate has so far supported 389 innovators and helped them connect with a larger market in the industry.

Speaking about EVangelise, Anupam Jalote, CEO, iCreate said, “At EVangelise, applicants will get a chance to reinvent technologies found in top-of-the-line EVs and make them available in low cost two and three-wheelers.”

Calling it a rare opportunity for all the participants, Payal Patel, Project Officer, iCreate, said “Being part of EVangelise, you will work on your technology and compete with the best in the world. You will succeed or learn, but you will not fail.”

What’s in it for the participants?

EVangelise is inviting breakthrough innovations aimed at building, designing and increasing the efficiency of two and three wheelers EVs. Enthusiasts with innovations and ideas in EV sub-components can participate. With this challenge, iCreate aims to provide long-term competitive advantage to manufacturers. Supporting EV sub-component manufacturing at a domestic level can go a long way in making India a global powerhouse in this segment. Moreover, self-reliance in terms of manufacturing will ensure quality standards and price effectiveness at the same time, with manufacturers needing to address many challenges, from range anxiety to performance and efficiency.

Based on the stage of the innovation, applicants can enter the challenge at either the idea, design or build stage. The winners at each stage will be assured of cash prizes. The top 3 winners will also get an assured incubation support of Rs 50 lakh, access to a large market and mentorship by industry experts. The challenge will conclude with a grand event in Kevadia against the backdrop of the Statue of Unity, where select participants will get a chance to showcase their innovation to industry leaders and VCs.

While finalists from the innovation challenge will get a host of opportunities such as monetary rewards, incubation support, mentorship, a chance to feature in the innovation expo, EV manufacturers, including global players, will get to participate in the Statue of Unity EV Race at Kevadia. Several government luminaries and industry leaders are set to mark their presence at the event.

On the way to becoming self-reliant

This is a decade for India to dominate in the electric vehicle landscape. From manufacturing to consumption, roping in entrepreneurial energy and providing them with the right resources will be a turning point in the sector. It is a well-timed opportunity for EV innovators and startups to not only get the needed financial support but also establish a name for themselves in the global EV market.

Your innovation could power the next electric vehicle running on the roads of India. The applications for various stages of the challenge are open. For details and registration, visit: https://www.evangelise.org.in/

How Social Data Can Help You Develop Buyer Personas

This National Startup Day, look ahead to the future

Open to IPO for Flipkart but no specific timeline: Walmart