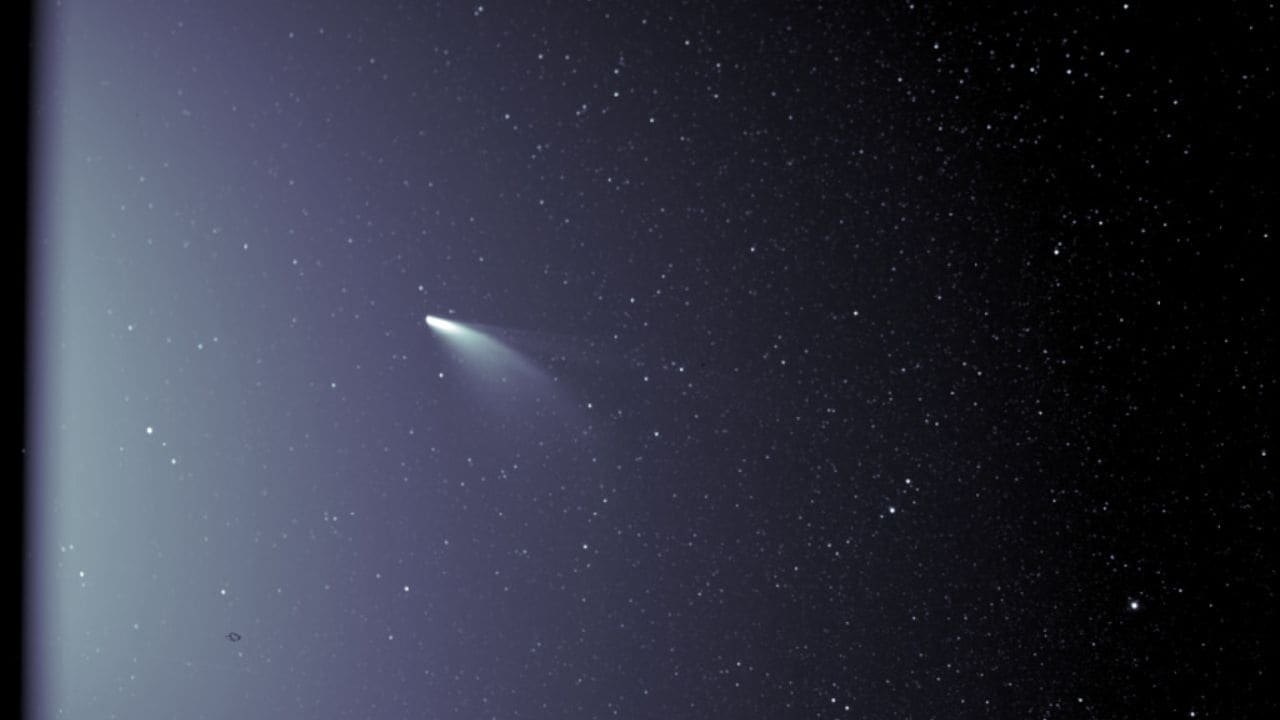 Comets are made up of gases, rock, and dust that revolve around the Sun. Unlike the mostly circular orbits of the planets, comets have a lop-sided orbit. They are the biggest attractions for astronomers in the world. They can have orbital spans as small as two to three years to 70,000 years.  Researchers conducted a meteor shower survey and have found that can detect meteor showers from the debris in the path of comets that pass close to Earth orbit and are known to return as infrequent as once every 4,000 years.

This new study was conducted by Search for Extraterrestrial Intelligence (SETI) Institute was published in the journal Icarus.

An unprocessed image from the WISPR instrument on NASA’s Parker Solar Probe shows the comet NEOWISE as of 5 July 2020, soon after its closest approach to the Sun. representational Image. Image: NASA Goddard

A space rock that penetrates the Earth’s atmosphere is a meteor. The resistance of the air causes it to become heated as it falls toward Earth and we call it a “shooting star.” When multiple meteors zip through the atmosphere at the same time, we call it a meteor shower, NASA explains.

Jenniskens, who currently heads the Cameras for Allsky Meteor Surveillance (CAMS) project, detects the visible meteors in the night sky using low-light video security cameras. He finds out the direction from which comet debris is entering Earth’s atmosphere, and the camera is a big help to measure their route and orbit line.

The number of triangulated meteors increased significantly in recent years due to the new research networks created in Australia, Namibia, and Chile. The entry of these countries helped in finding better images of the meteor showers in the night sky.

The researchers found at least nine new matches between meteor showers and long-period comets and six potential matches. According to a report by Space.com, the study looks for comets that are responsible for unusual meteor showers like the sigma Virginids in December and the Pegasids in July, which are caused by debris from comets C/1846 J1 Brorsen and C/1979 Y1 Bradfield, respectively.

“Until recently, we only knew five long-period comets to be parent bodies to one of our meteor showers but now we identified nine more, and perhaps as many as 15,” confirms Jenniskens.

“In the future, with more observations, we may be able to detect fainter showers and trace the orbit of parent comets on even longer orbits,” he added.

Long-period comets have orbital periods longer than 200 years and their orbits are highly elliptical.

While comets make up a small fraction of things that impact Earth, history has shown that it can cause some of the biggest damage.

introduced for people to get personalised playlists- Technology News, FP