After releasing the results from Phase 2 human trials of its COVID-19 vaccine Covaxin in India, Bharat Biotech has now begun testing an intranasal vaccine in different parts of the country. The Phase I trial, according to the company, will take place in Patna, Chennai, Hyderabad, and Nagpur. The intranasal vaccine, called BBV154, is being tested to prevent infection and transmission of COVID-19. If the vaccinated individual is infected, the vaccine is also meant to prevent the progression of COVID-19 disease. Only time will tell if this vaccine will have the success Bharat Biotech’s other COVID-19 vaccine, Covaxin, which was found 80.4 percent effective in preventing COVID-19 disease.

While the trials have begun, here is what you need to know about this new form of vaccine.

Hyderabad-based Bharat Biotech is working on the first intranasal vaccine for COVID-19 in India, in collaboration with Precision Virologics, a startup incubated at the Washington University School of Medicine in St Louis, US. The vaccine was developed by Washington University professors David Curiel – a cancer biologist, and Michael Diamond – a viral immunologist, according to a St Louis Post Dispatch report.

The Phase I trial was conducted by the US startup at the University’s Vaccine & Treatment Evaluation Unit in St Louis. After this is completed, Bharat Biotech will also conduct trials in India. If both trials return favourable results, Bharat Biotech will subsequently manufacture the vaccine, having bought the rights to distribute the vaccine to all global markets except the USA, Japan and Europe. 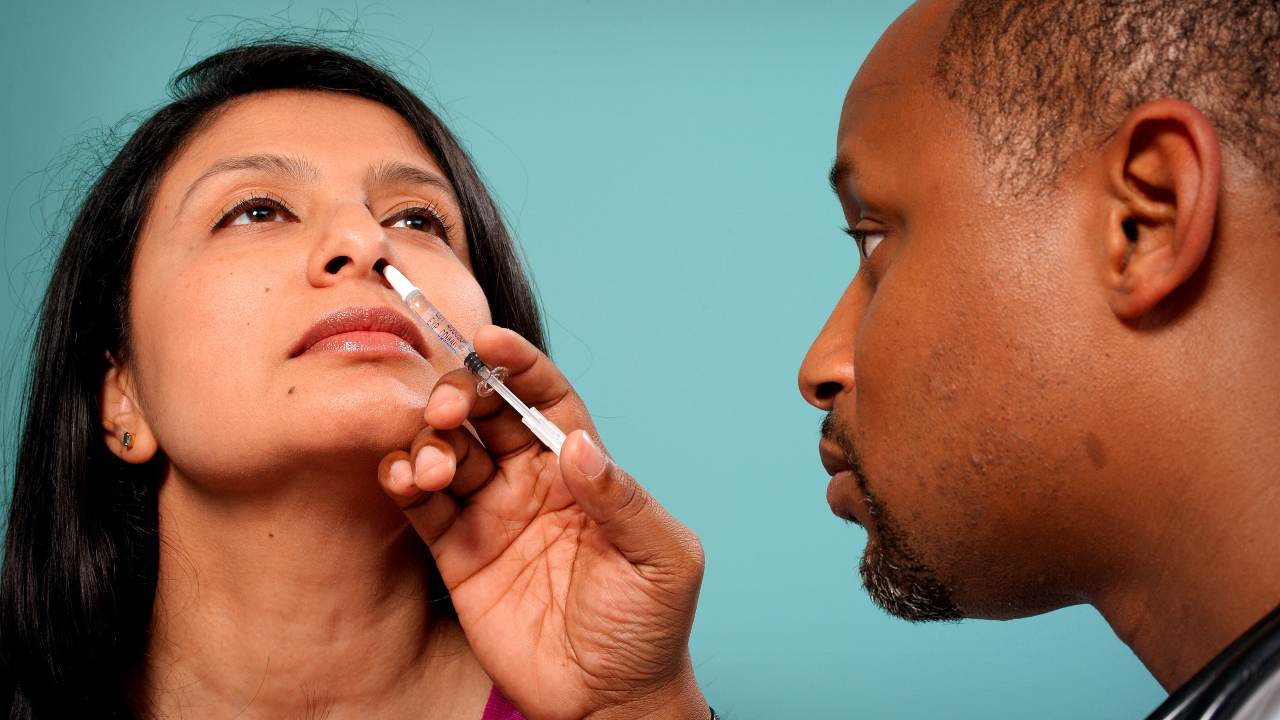 The nasal application has several advantages as it only requires a single dose in a much smaller quantity than an injection.

More information on the technology that will be used and data from the animal studies have been published in the journal Cell, and in an editorial in Nature.

The results show that BBV154 provided “unprecedented levels of protection in mice studies.”

The most common ways for COVID-19 to spread is by air – either by larger droplets via close contact or by smaller droplets called aerosols. The SARS-CoV-2 virus generally enters the body via the nose. Intranasal vaccines are administered via the nose rather than injected into the skin. By conducting the vaccination in this way, the vaccine targets the virus present in the mucous in the nose, where the highest loads of the SARS-CoV-2 virus are also likely present.

The nasal vaccine can be given via a spray, a syringe with no needle or nose drops. According to a Times of India report, when the vaccine is administered with a nasal spray, it intercepts the virus locally (in the nose) and prompts the immune system to make proteins in the blood known as antibodies that can combat an infectious organism.

Bharat Biotech’s nasal vaccine is an adenovirus vector vaccine, made from a weakened version of the common cold virus that was originally sourced from chimpanzees. It has been modified to resemble and target the coronavirus. Along with the Covishield vaccine being developed by AstraZeneca and the Oxford University and manufactured by Serum Institute of India, Covaxin is being administered to Indians under a phased vaccination drive – the largest in the world.

According to the Nature report, during the animal trials, the mice who were given a single dose of the nasal vaccine were “fully protected from SARS-CoV-2 with virtually no sign of the virus in their upper or lower airways.”

On the other hand, mice that were injected with the vaccine were only partially-protected.

The nasal vaccine has many advantages over an injection since it requires a single dose that is much smaller than for an injection, according to a St Louise Post report. A nasal vaccine will also be “easier to administer” since it involves spray and minimal training. It will also be beneficial for both children and adults who might be afraid of needles.

India’s apex drug regulator, the Drugs Controller General of India (CDSCO), approved Bharat Biotech’s planned Phase I and Phase II trials of the nasal vaccine last month. The subject expert committee (SEC) of CDSCO added a recommendation for the company to produce safety and immunogenicity data from a Phase I trial in 75 volunteers. That said, other reports have quoted a higher number – around 150–175 – volunteers in the Phase 1 study.

“A nasal vaccine candidate has been identified. It has come for consideration for phase 1 and phase 2 trials. If it works then it could be a game-changer,” VK Paul, a Niti Aayog member (health) told the Indian Express.

Forty-two days after the nasal spray has been administered, an interim analysis will be conducted of results. To take part in the vaccine trials, the volunteer must be a healthy adult with no comorbidities and should not have been infected with COVID-19. 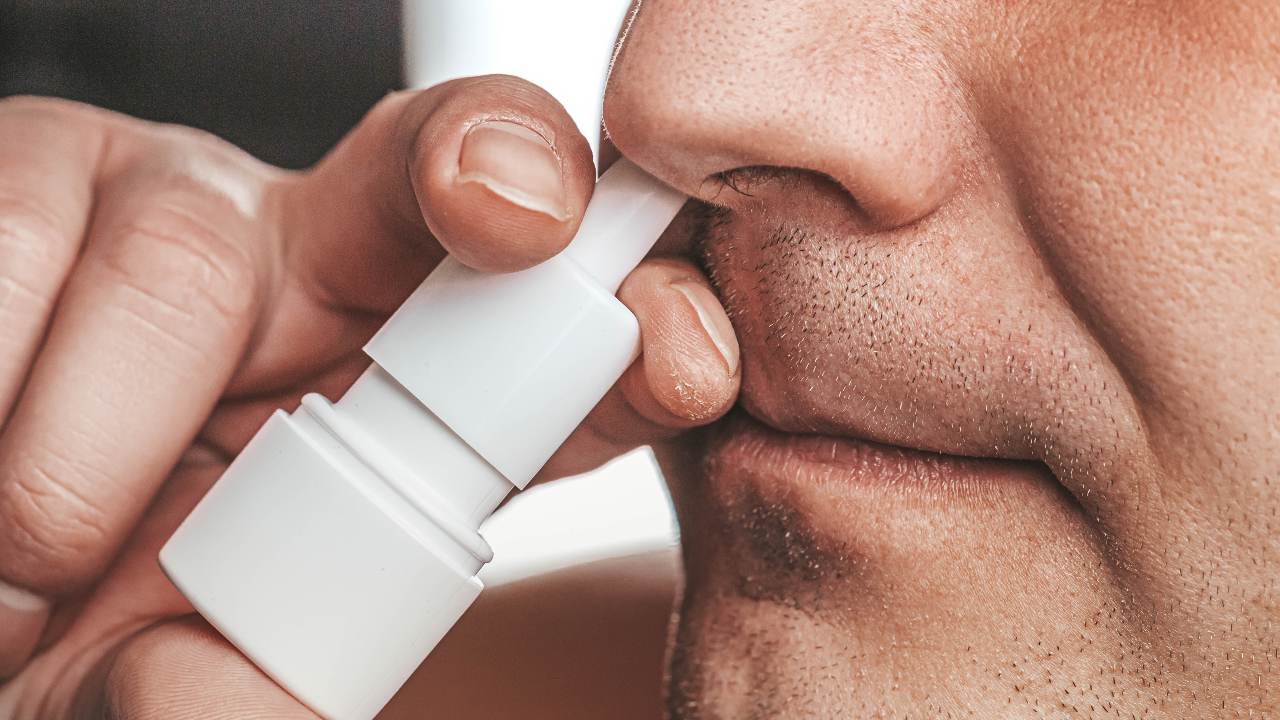 Four countries around the world are working on different intranasal vaccines.

Other nasal vaccines in development

Three other countries around the world are also conducting trials for intranasal vaccines. Along with India, a US company called Altimmune is developing a nasal spray called AdCOVID. It claims that the vaccine will be effective in preventing COVID-19 transmissions, especially in children. They have begun trials on a group of 180 volunteers with ages ranging from 18-55 years old.

In the UK, Codagenix’s nasal vaccine, COVI-VAC, has entered Phase 1 clinical trials and 48 volunteers are being tested upon. The vaccine recognized the whole virus and not just the spike proteins. This vaccine is being developed in collaboration with the Serum Institute of India.

Not one to be left behind, China is also working on an intranasal vaccine. Beijing Wantai Biological Pharmacy Enterprise along with Xiamen University and Hong Kong University are working together. The Phase I trial of this vaccine has been approved and began in November 2020. The intranasal spray is made up of weakened flu viruses such as H1N1, H3N2 and B with genetic segments of COVID-19’s Spike protein. 100 volunteers were enrolled in Phase 1 and it supposed to take a year to complete.

New Microsoft Word to get smarter as it ca now predict what users are typing- Technology News, FP