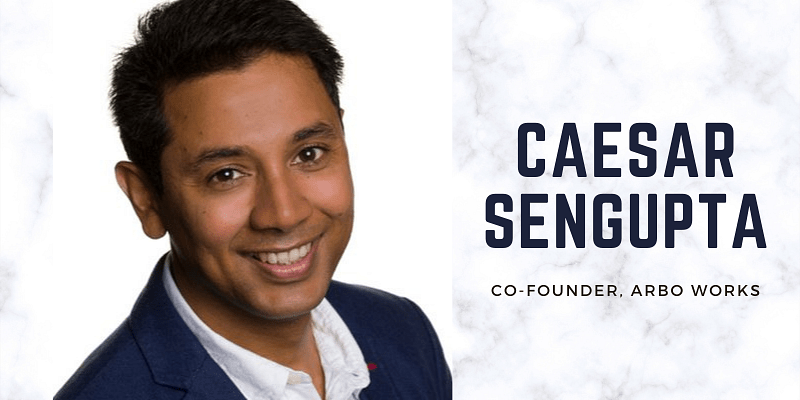 Caesar Sengupta, who stepped down from Google in March after 15 years, has launched his fintech startup within four months of exiting the search giant.

The new venture, Arbo Works, is the handiwork of Caesar and former Googlers David Shapiro, Felix Lin, and Zelidrag Hornung — all of whom held leadership positions at Google’s Payments, Engineering, and Next Billion Users (NBU) divisions.

Caesar took to LinkedIn to reveal the names of his ‘Arbonauts’ (co-founders).

“I’m very excited to share that I’m starting Arbo Works along with a group of amazing people — a set of professionals that I am privileged to work alongside and learn from,” he said.

“Over the next few weeks will share more details on our fellow adventurers and the mission we are embarking on,” he added.

While the Arbo Works website is live, not much is known about its offering. With a motto of ‘the future of finance is technology’, the site states,

“We believe in using technology to make life simpler, easier, and a bit more beautiful. We are a group of product builders, machine learning researchers, and investment professionals who have created products for billions of users and run businesses worth billions of dollars. Our investors include some of the biggest names in tech and finance. Now we’re on a mission to rethink an industry that is primed for change.”

Arbo Works also has a sign-up form, which prospective investors, clients, or team members could fill up to stay abreast of its upcoming products and services.

In his farewell letter to Google employees in March, Caesar wrote, “My time at Google has never been a job for me, and I’ve been very fortunate to have had the opportunity to start and work on products that have positively impacted millions of people’s everyday lives.”

His tenure at Google came to an end on April 30.

Some of the best returns will come from early-stage startups in the next 10 years, says entrepreneur Ashvin Chadha

Why Artha Venture Fund is focusing on D2C, fintech, and B2B after closing debut fund at Rs 220 Cr

The promising future of the Indian wellness industry

Catch them? Yes! But retain them? Why companies are hounding customers