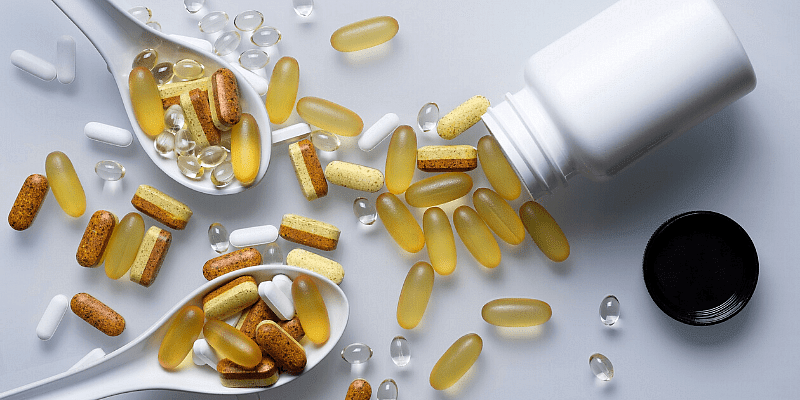 COVID-19 has reiterated the demand for natural immunity-boosting products across the globe. The pandemic has changed people’s perspective on healthcare, and this has only worked in favour of the nutraceutical industry. An active lifestyle, including exercises, nutritious diet and the use of dietary supplements have become a way of life.

Another point to note is that increased consumption of potential nutrients and micronutrients like vitamin C, zinc, vitamin D and vitamin A, has significantly contributed to the pharma industry.

The rise of nutraceuticals

Ever since the pandemic outbreak, urban and semi-urban Indians have become increasingly particular about leading healthier lifestyles. While the healthcare sector in India has seen drastic advancements in the fight against COVID-19, vitamin and mineral supplements have been the go-to as a first defence against the virus.

A progressive hike of 28-30 percent has been seen in the demand for supplements since as recent as April 2021, with a major focus on vitamin C, zinc and protein products as well. People at lower end of the pyramid too are becoming cautious due to awareness, and want to take adequate measures for themselves.

Nutraceuticals – the future of Indian medication

Gone are the times when patients blindly took medications prescribed by their doctors without checking ingredients. Customers research the functioning of every ingredient in a supplement these days.

Increased sales of supplements during the lockdown, especially from core Tier II or Tier III cities show increased awareness from last year. People are aware that Zinc, and Vitamins C and D stand out for having immunomodulatory functions and preserve physical tissue barriers. These nutrients optimise the immunity to prevent or lower the risk of progression or prognosis of coronavirus from becoming serious.

The Indian population is also dependent on Ayurvedic and herbal medicines apart from new-age nutraceuticals.

Around 150 million people in India are actively making nutraceutical consumption a part of their life. This gives the industry an opportunity to make a mark in the international as well as national market.

The private sector can be of great help when it comes to the expansion and growth of the nutraceutical sector. Their participation will not only trigger increased investment but will also make India one of the leading manufacturing hubs for competitors in botanicals and naturals.

To accelerate private sector participation, an extension of the Production Linked Incentive scheme (PLI) scheme will act as a launchpad for the nutraceutical industry.

The Indian market has experienced a shift in consumerism towards nutraceutical products. However, there’s a large section of the population that is still nascent about supplements because of cultural misconceptions. Traditional pills and dietary supplements left a bad taste and did not suit everyone, however with new-age supplements, there is a change in mindset.

The modern nutraceuticals come in the form of chewables, gummies, lozenges, etc., containing vitamins, minerals, proteins, fibres, probiotics, amino acids, etc., and play a vital role in boosting immunity, especially at a time like this.

Challenges and the way out

However, after the FSS Act of 2006, a new set of rules were introduced by the regulatory body in 2011 in an attempt to safeguard and provide support to nutraceutical manufacturers for regulating the licensing, registration, labelling, and other processes.

But, having a structured process for registration is still a central focus with the industry becoming more competitive. FSSAI has hinted at regulations for the nutraceutical industry norms to be at par with international standards allowing new entrepreneurs to enter into the nutraceutical space with a bang. Also, now we have the ministry of Ayush as well as another regulatory body for nutraceutical and FMCG products.

Yet, a few measures were announced in the Union Budget 2021 boost healthcare and infrastructure for a self-reliant India, with schemes and opens doors for new healthcare startups.

Irrespective of all the reforms and measures, the nutraceutical industry needs a separate regulatory body, code structure, and research and clinical studies to give a boost to the segment, and allow it to contribute considerably in the healthcare sector.

Examining the industry’s current scenario, the health industry is expected to leave all other domains behind growing highest in the CAGR because of the growing awareness towards fighting against the second wave.

Even though we have seen a drastic increase in the nutraceutical industry in India, there’s still a long way to go for all of us on the global business front.

Currently, the US, Japan, and some European countries are the market leaders accounting for more than 90 percent of the total global nutraceutical market. It is envisioned that with a compound annual growth rate of 8 percent, the global market should reach $336 billion by 2023.

In 2017, only 2 percent of the market share of the global nutraceutical market was held by the Indian market. However, it is expected to climb up to $11 billion by 2023 with an increased rate of 21 percent. Ultimately holding at least a 3.5 percent share of the global market.

The growing need for nutritional supplements apart from regular pills have made the health and wellness brand a hot cake for all investors to bet on. There has been an increase in spending on functional vitamin gummies followed by a healthy lifestyle.

There is huge demand for nutraceutical players because of increased awareness about health.

India might be a late entrant but the pace at which the nutraceutical industry is growing will lead to substantial growth of the market. It is not without its challenges, but the industry has the potential to withstand every test.

[Funding alert] Pune-based Keito raises seed round from LetsVenture, others

Here are the startups transforming the petcare landscape in India