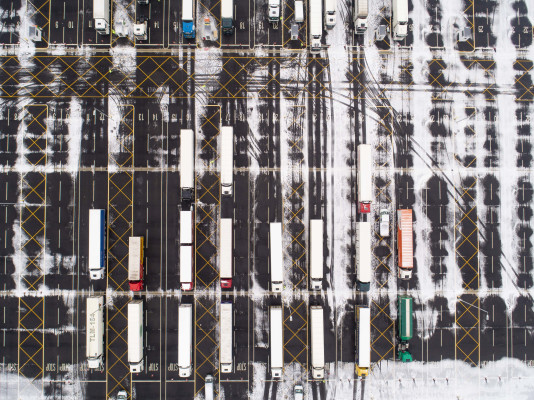 Like “innovation,” machine learning and artificial intelligence are commonplace terms that provide very little context for what they actually signify. AI/ML spans dozens of different fields of research, covering all kinds of different problems and alternative and often incompatible ways to solve them.

One robust area of research here that has antecedents going back to the mid-20th century is what is known as stochastic optimization — decision-making under uncertainty where an entity wants to optimize for a particular objective. A classic problem is how to optimize an airline’s schedule to maximize profit. Airlines need to commit to schedules months in advance without knowing what the weather will be like or what the specific demand for a route will be (or, whether a pandemic will wipe out travel demand entirely). It’s a vibrant field, and these days, basically runs most of modern life.

Warren B. Powell has been exploring this problem for decades as a researcher at Princeton, where he has operated the Castle Lab. He has researched how to bring disparate areas of stochastic optimization together under one framework that he has dubbed “sequential decision analytics” to optimize problems where each decision in a series places constraints on future decisions. Such problems are common in areas like logistics, scheduling and other key areas of business.

The Castle Lab has long had industry partners, and it has raised tens of millions of dollars in grants from industry over its history. But after decades of research, Powell teamed up with his son, Daniel Powell, to spin out his collective body of research and productize it into a startup called Optimal Dynamics. Father Powell has now retired full-time from Princeton to become Chief Analytics Officer, while son Powell became CEO.

The company raised $18.4 million in new funding last week from Bessemer led by Mike Droesch, who recently was promoted to partner earlier this year with the firm’s newest $3.3 billion fundraise. The company now has 25 employees and is centered in New York City.

So what does Optimal Dynamics actually do? CEO Powell said that it’s been a long road since the company’s founding in mid-2017 when it first raised a $450,000 pre-seed round. We were “drunkenly walking in finding product-market fit,” Powell said. This is “not an easy technology to get right.”

What the company ultimately zoomed in on was the trucking industry, which has precisely the kind of sequential decision-making that father Powell had been working on his entire career. “Within truckload, you have a whole series of uncertain variables,” CEO Powell described. “We are the first company that can learn and plan for an uncertain future.”

There’s been a lot of investment in logistics and trucking from VCs in recent years as more and more investors see the potential to completely disrupt the massive and fragmented market. Yet, rather than building a whole new trucking marketplace or approaching it as a vertically-integrated solution, Optimal Dynamics decided to go with the much simpler enterprise SaaS route to offer better optimization to existing companies.

One early customer, which owned 120 power units, saved $4 million using the company’s software, according to Powell. That was a result of better utilization of equipment and more efficient operations. They “sold off about 20 vehicles that they didn’t need anymore due to the underlying efficiency,” he said. In addition, the company was able to replace a team of ten who used to manage trucking logistics down to one, and “they are just managing exceptions” to the normal course of business. As an example of an exception, Powell said that “a guy drove half way and then decided he wanted to quit,” leaving a load stranded. “Trying to train a computer on weird edge events [like that] is hard,” he said.

Better efficiency for equipment usage and then saving money on employee costs by automating their work are the two main ways Optimal Dynamics saves money for customers. Powell says most of the savings come in the former rather than the latter, since utilization is often where the most impact can be felt.

On the technical front, the key improvement the company has devised is how to rapidly solve the ultra-complex optimization problems that logistics companies face. The company does that through value function approximation, which is a field of study where instead of actually computing the full range of stochastic optimization solutions, the program approximates the outcomes of decisions to reduce compute time. We “take in this extraordinary amount of detail while handling it in a computationally efficient way,” Powell said. That’s where we have really “wedged ourselves as a company.”

Early signs of success with customers led to a $4 million seed round led by Homan Yuen of Fusion Fund, which invests in technically-sophisticated startups (i.e. the kind of startups that take decades of optimization research at Princeton to get going). Powell said that raising the round was tough, transpiring during the first weeks of the pandemic last year. One corporate fund pulled out at the last minute, and it was “chaos ensuing with everyone,” he said. This Series A process meanwhile was the opposite. “This round was totally different — closed it in 17 days from round kickoff to closure,” he said.

With new capital in the bank, the company is looking to expand from 25 employees to 75 this year, who will be trickling back to the company’s office in the Flatiron neighborhood of Manhattan in the coming months. Optimal Dynamics targets customers with 75 trucks or more, either fleets for rent or private fleets owned by companies like Walmart who handle their own logistics.

Why you need data-driven insights to back your growth strategy

3 Steps to Improve Your Online Security