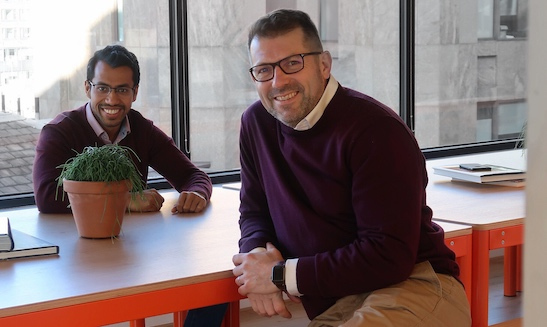 Fintech startup ClearGlass Analytics has closed a £2.6 million ($3.6 million) funding round for its platform, which aims to create greater transparency on fees in the long-term savings market, such as pensions and the wider asset management market.

ClearGlass is targeting the £1.5 trillion mature “Defined Benefit” pension schemes market and claims to now work with more than 500 DB pension funds. It will use the funding to expand into the U.K. Defined Contribution pension market, and consolidate its early footprint in Europe and Africa.

How ClearGlass works is that it acts as a data interface between asset managers and their clients. Pension funds then use the platform to see all of their investment costs in one place, thus getting more data than usual from more asset managers and other suppliers. This helps the funds see the “true cost” of what they are paying for the management of their investments. ClearGlass claims to be able to uncover the kinds of costs of asset management that, in some instances, can be more than double those expected.

The startup recently did an analysis of the cost and performance of more than 400 asset managers. It found that while most U.K. asset managers were meeting minimum standards for data delivery, quality and accuracy, 30 (including some powerful players) did not pass their tests.

The company was founded by Dr. Christopher Sier, a World Bank and FCA expert who previously developed the cost transparency standard at the request of the FCA, and co-founders Ritesh Singhania and Kunal Varma.

Sier, founder and CEO, said: “Finding your costs are so much larger is shocking, but also something to be celebrated. These incremental costs were always there, they just weren’t exposed, and now you can identify those and bring about change. You can’t manage what you don’t measure.”

In an interview with TC, Ritesh Singhania, COO, said getting the data about pension funds is normally “super challenging and complicated. And second of all, even when you got the data, you couldn’t make head nor tail of it because you can’t compare it across funds. What we have done is that we have been the line of communication between the manager and the pension fund. So we have built a piece of technology that helps with the communication between the asset managers, and the pension funds to be able to collect that data, check that data. And finally, give them something that doesn’t require them to spend 20 hours to understand it.”

ClearGlass was incubated by the Founders Factory accelerator.

This new startup is weeding out the weed-out classes, instead of students – TechCrunch

The Startup Magazine A Guide to Jewelry Startup Business History