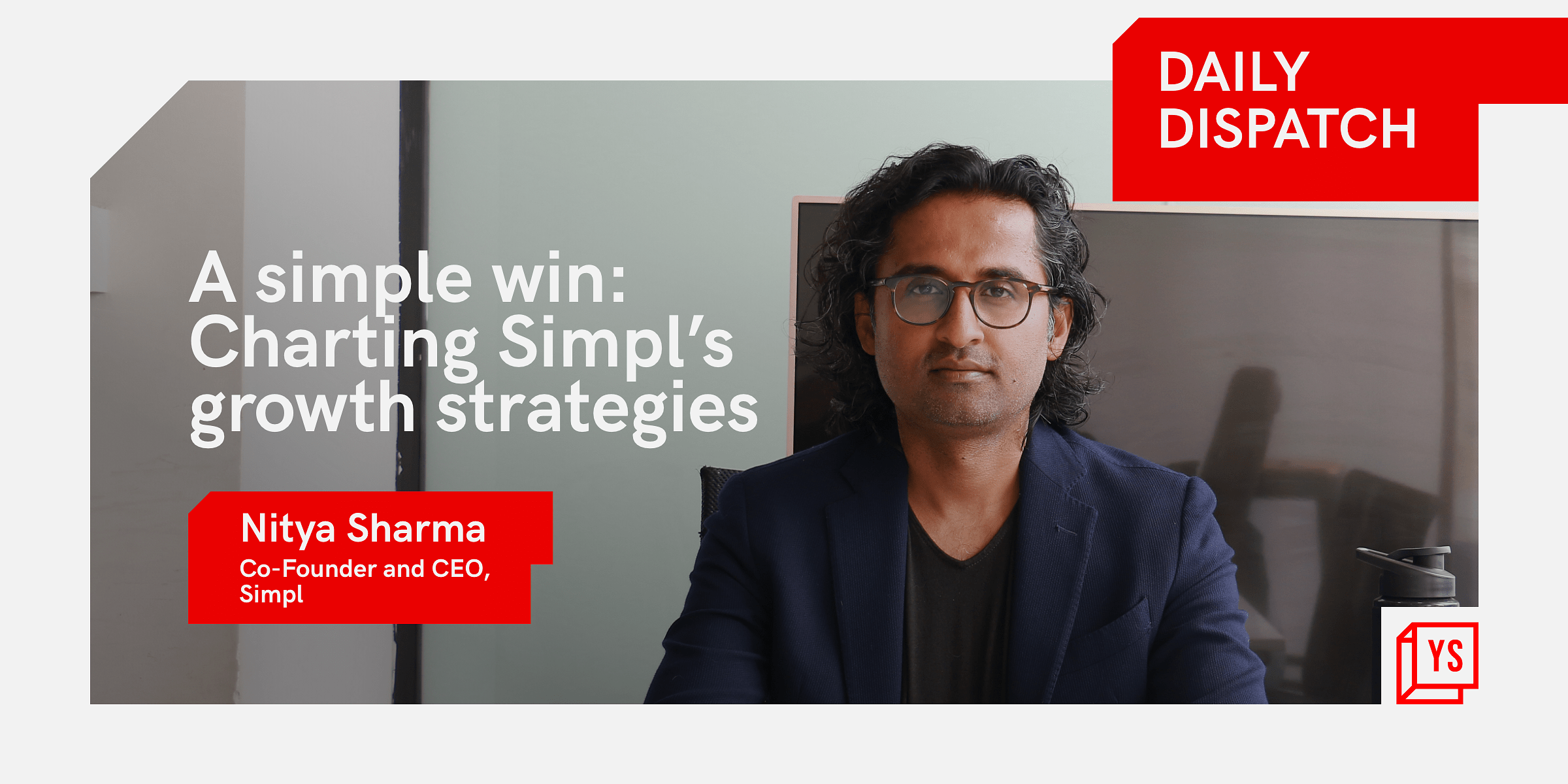 Fintech startup Simpl has recently raised $40 million in a Series B round of funding led by Valar Ventures and IA Ventures, with participation from LFH Ventures and other investors. Founded in 2018, Simpl is designed as a khata or tab on the internet and has made a prominent name in the buy now pay later space.

Commenting on the fundraise, Nitya Sharma, Co-founder and CEO, Simpl says that the company’s focus for the next twelve months will be on developing deeper intellectual property around the platform and building more features on the products. Essentially, Simpl is a technology company and the underlying technology is quite complicated with data science, machine learning, and AI, he shares.

Apart from that, he adds that their investment will be going primarily into people and teams. “We’ll be expanding our team quite significantly over the next six to twelve months,” he says. Additionally, the company’s focus will also be on growing the network slowly and steadily.

Commenting on digitisation, Nitya says that over the last 18 months, everything has been digitised and our online lives have contributed to the growth of ecommerce. According to him, ecommerce retailers have certain major problems, with the first being conversions.

“People come to buy and a lot of people just don’t and don’t finish that purchase. Additionally, it is noticed that 60-70 percent of people usually use cash on delivery as a payment method,” Nitya shares.

He shares that services like Simpl who follow a buy now pay later format are growing rapidly. Simpl helps in improving the user experience which, in turn, helps in increasing conversion rates for retailers. Trust is also an important factor in ecommerce and this is an issue that Simpl has been trying to solve with their buy now pay later service.

“Simpl is really designed as a khata on the internet and it solves those two problems that khata solves: great user experience and builds trust,” says Nitya.

While speaking about expansion metrics, Nitya shares that since the onset of the pandemic, they have increased their merchant network by almost 20x. “We work with some of the largest internet companies in India, the likes of Zomato, Big Basket, MakeMyTrip, Dunzo, Jio, etc,” he says. In addition, they also work with small- and medium-sized sellers online. As a company, Simpl follows a very merchant-first approach.

“The core principle behind Simpl is that it doesn’t matter whether you are a big retailer or a small retailer; you should have access to technology and products that enhance your consumer’s user experience and be able to play at a level playing field with the large platforms,” says Nitya.

In terms of revenue targets, he shares that their key focus is on total payment volume. The company’s target is to become 10 times bigger than what they are at present by October next year.

Black Women Entrepreneurs, Not Banks, Helped Me Keep My Company Going During the Pandemic

Do not make any essential errors when increasing your online business