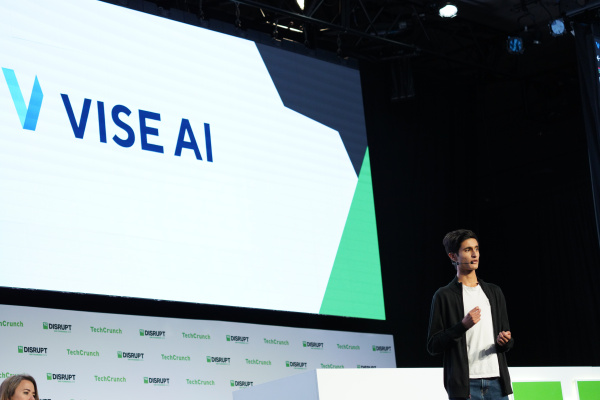 Vise today announced a $65 million Series C financing round led by Ribbit Capital, with participation from existing investors, including Sequoia.

The startup launched on the Disrupt Startup Battlefield stage in 2019 and has since raised upwards of $125 million.

Vise uses an AI-powered platform to give independent financial advisors the same level of data as advisories with their own analyst departments.

The goal, co-founder and CEO Samir Vasavada has told me in the past, is to give indie financial advisors the time and energy to cultivate their client relationships, rather than doing the hard math of building out portfolios. Vise does a lot of heavy lifting where the latter is concerned, freeing up advisors to focus on the former.

The premise behind Vise is to use tech to empower humans, “as opposed to replacing them” by automating an industry that’s very old. The end goal is to “enable financial freedom for everyone.”

“We have to build a platform that will service hundreds of millions, billions, of dollars in assets in an automated way,” said Vasavada. “There is a lot of technical infrastructure that can be built, and systems around trading and around go-to-market so we can attack this industry.”

Since raising the company’s Series B, assets under management have ballooned 4x to $250 million and client accounts have more than doubled, says Vise.

Vise has been scaling its tech, team and the clientele for the past couple of years, but that hit a new gear upon the appointment of Andrew Fong as CTO. Fong hails from Dropbox, where he served as VP of Infrastructure Engineering. He started as a site reliability engineer at Dropbox back in 2012, climbing the ranks to engineering director, and then senior director of engineering with a focus on infrastructure before becoming a vice president.

Fong’s main goal is scaling up the engineering department, something that continues to be a focus for the company. Vasavada explained that expanding a product and a company is all about the foundation.

The company’s round fits inside the generally bullish market for fintech investments that TC has observed globally.

Of note: Vise’s Vasavada and Sequoia’s Shaun Maguire will join us tomorrow afternoon on Extra Crunch Live, where we’ll discuss how they came together for the financing, what made Vise stand out to Sequoia and how they’re finding success in the world of fintech. Maguire and Vasavada will also hear live pitches from startups in the audience and give their feedback.

You can hang out with us tomorrow on Extra Crunch Live at 3pm ET/noon PT by registering here.

A Startups’ Guide To IP Due Diligence: Types, Checklist And More

Shiprocket Picks Up Rival Pickrr In A $200 Mn Deal