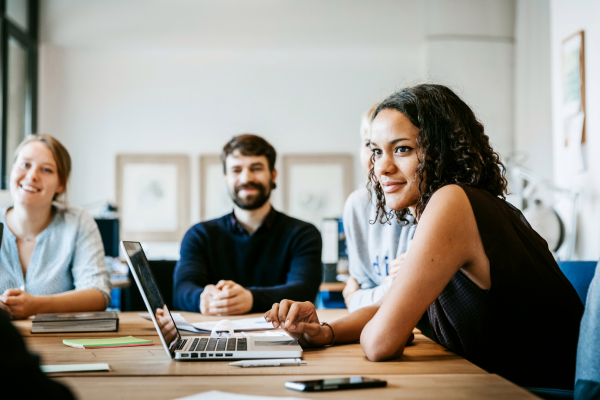 The Fireflies.ai project is a good reminder that not every startup project goes from idea to unicorn-status in 48 minutes. Instead, the startup’s CEO Krish Ramineni told TC about how a period of interest in natural language processing (NLP), tinkering with a friend, a stint at Microsoft, and even working on Slack bots led him to helping found Fireflies.ai (Fireflies), a company that today announced a $14 million raise led by Khosla.

Fireflies is a two-part service. Its first point of business is recording and transcribing voice conversations. Things like video meetings, for example. Next, Fireflies wants to plug your voice data into other applications, helping its customers automate data entry, task creation and more.

Before today’s round, the startup had raised around $5 million, including some micro-rounds, a stint in the Acceleprise accelerator, and a $4.9 million seed round raised in late 2019. That investment included participation from Canaan Partners and well-known angel April Underwood.

That Fireflies has raised more capital is not surprising, given how quickly it has accreted users. According to an interview with Ramineni, more than 10,000 teams use Fireflies today. In individual usage terms, some 35,000 organizations are represented amongst its user base.

As the company launched its product in early 2020, those results sound pretty good.

But TC was curious if revenue tracked with usage at Fireflies, as is sometimes the case. It does, Ramineni said, adding that his company grew its revenues 300% in the last six or seven months.

How did it manage such rapid growth while only having raised $5 million before, and with a team that is around 90% in its product and engineering teams? By pursuing everyone’s favorite: the bottoms-up sales model. In short, you can use Fireflies for free, but if you run out of meeting credits, other usage-based blockers or the need for different, paywalled functionality, you have to cough up for the product.

Folks are, it appears.

Fireflies is in fact an interesting hybrid of SaaS and usage-based pricing. The higher the paid tier that a user selects, the more minutes of transcription they are apportioned per month. But there are caps, limits that users can buy their way out of. TC asked Ramineni about it, with the CEO explaining that some customers want to ingest years of saved meetings. Our read is that despite work done by the startup to keep its infrastructure costs low, building pricing guardrails around product usage just makes sense for the startup.

Looking ahead, Fireflies wants to plug into more and more meeting platforms, and external software. You can currently link your Fireflies account to services like Zapier, Slack and your CRM. Over time, it’s not hard to see how the startup could take more direct commands from meetings, and help users better distribute, file and recall meeting information.

As someone with too many meetings, and too many notes documents spread out across the wasteland that is my Google Drive account, I get why people are using Fireflies today. But if the startup can build a no-code automation platform on top of my note taking? Then I will probably have to buy its service.

Speaking of which, as a final note, working for a Major American Corporation can have its downsides. For example, Ramineni provided TC with a recording of our interview inside of Fireflies. This was nice, as I prefer to write from both my notes and transcripts to ensure that I am not missing things, or making mistakes. Fireflies kept asking me to log in. I tried with my corporate Google account. Which blocks such log-ins. So I kept getting the same prompt again and again.

Annoying? Sure. Lethal? No.

More when we can squeeze more growth data out of the startup.

[Funding Galore] Over $697 Mn Raised By Indian Startups This Week

Thich Nhat Hanh and an enduring legacy of peace, compassion and mindful living that entrepreneurs can imbibe

A confluence of Latin America, the US and Asia – TechCrunch