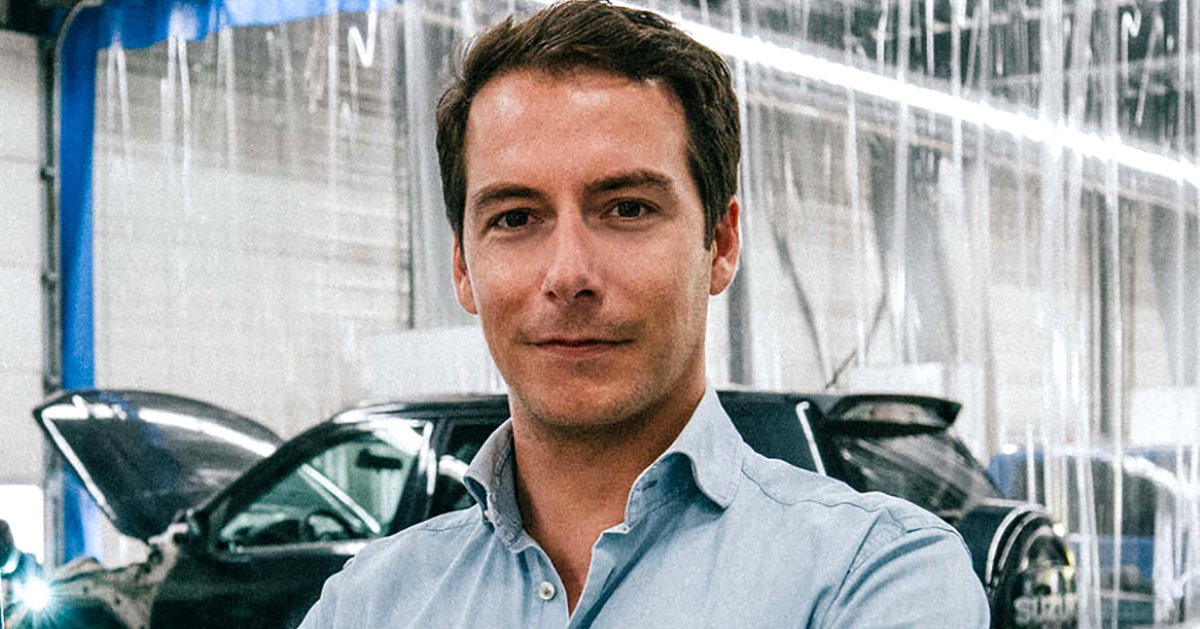 Ever bump into something and think ‘I’m going to solve this for everyone in the world’? It’s what happened to Derk Roodhuyzen de Vries. When he backed his mothers Volkswagen into a pole in 2014, he got the idea for Fixico. The marketplace for car repairs has just rolled out in its seventh country and is growing rapidly. Roodhuyzen de Vries: “It’s been the best damage I’ve ever caused.”

The business that emerged from the dent in his mother’s Golf is an online marketplace where people can find repair shops for their car. Fixico makes it easy to compare prices or sort by quality. All one needs to do is upload some photos, to receive several quotes from relevant car repair specialists. At the same time it helps repair shops to find customers.

The frustration that something like that didn’t exist when he needed it after his fender bender, gave Roodhuyzen de Vries the idea. “I had to pay for the damage myself so I was looking online for a repair shop. It frustrated me that there was no way to select them on price, quality, or whether or not there was a replacement car available. Stuff that had long been the standard when looking for hotels or restaurants. I had to research everything on my own.”

Since then Fixico transformed to a full digital repair management platform. In 2018 they expanded their model to the B2B-market, providing their platform to fleet and insurance companies. Currently they have more than 150 partners, ranging from local rental companies up to large internal insurance and lease organisations.

Roodhuyzen de Vries already possessed the entrepreneurial spirit. So did his friend he met at Nyenrode business study, Mark van Laar. Together they decided to solve the world’s problem of not being able to easily find the most suitable repair shops. “We wanted to crack the black box of repair,” says Roodhuyzen de Vries. “Make the market more transparent. Before us, you had no idea if a quoted price was decent. Or if the shop’s quality was good.”

Long before Fixico, Roodhuyzen de Vries became fascinated by online marketplaces. As a student, he kept a close eye on similar initiatives in Silicon Valley. Marketplaces and network effects shift market dynamics and create comfort, trust and efficiency as Roodhuyzen de Vries says. “When I had the idea for Fixico, I was still working on my master’s degree. But I found out there was a €120 billion market in Europe that wasn’t digitised yet.”

Read also: From a lost phone to raising millions: Brenger’s CEO Derk van der Have is still learning on the job

“We had big plans. We didn’t want to start just a small company. Many people told us to do a traineeship at a big company first. Gain experience, learn the trade. But Mark is a true entrepreneur, he felt it too. So we gave each other six months to build something.”

First order of business: signing up repair shops to their new platform. Roodhuyzen de Vries and Van Laar visited repair shops in Amsterdam to pitch their idea. Reception was lukewarm. “It’s a traditional market. Many of them said they couldn’t provide a quote based on photos alone.” The ones that did sign up though, quickly found themselves with some new customers.

Once the ball started rolling, things moved quickly. Not in part thanks to the growth ambitions of its founders, Fixico spread across the country. The initial 50 repair shops from Amsterdam that joined the platform, became 300 all over the country. Growing rapidly was the plan from the start, says Roodhuyzen de Vries.

“We want to be a front-runner, so we always push for growth, growth, growth. I think there will be two or three platforms that will form the entire ecosystem. Scale is important if you want to be one of them.” So within two years, Fixico made the jump to Germany. Too soon, as they found out. “Yeah, we probably expanded to Germany too early.”

“We were still a very young company, with young people”, says Roodhuyzen de Vries. “You need a certain seniority entering that market.” He took the same approach as they did in their earliest days in Amsterdam: “We just drove to Dusseldorf and started visiting repair shops to pitch them. We barely spoke a word German.”

When they went live with Fixico in Germany, they did so with the same product they had in the Netherlands. “But we saw a huge drop in the funnel. Turns out, privacy is much more important in Germany. People were blurring their license plates in Paint, before uploading them to our platform. It would’ve been good to take a step back and find some experienced people in the German market.”

Roodhuyzen de Vries has no regrets though. Doing nothing will get you nowhere, he says. And Fixico managed to turn their German adventure around quickly and it is now the biggest growth market for Fixico. He argues, the little stumble may have even made later expansions to other countries more smooth. Fixico is currently active in eight different countries, with Italy being the latest addition.

Those eight countries are mostly in Europe, but South Africa is an outlier. “When we started to get media attention, requests from South Africa and other countries started pouring in”, says Roodhuyzen de Vries. So he came up with a model to start a partner model for countries that are not on Fixico’s short term roadmap. “We have an operations team there, but we’re not actively involved in the daily operations.”

“The experiment is a success, as we now have 500 repair shops on our platform there, as well as partnerships with insurers and rental companies.” Their focus remains in Europe. “You have to be careful not to overload yourself and stay focused. Success here is most important, we need to find a balance.”

‘The cool thing about Rise’

That’s also the most important lesson Roodhuyzen de Vries recently learned at Techleap.nl’s Rise programme. As one of the ten participating companies he got the opportunity to learn from seasoned industry veterans, as well as from his peers. “I participated in several of those programme’s, but the cool thing here is the peer-2-peer collaborations. You get inspiration from some big names, but can bring that back to your situation in discussions with other founders in similar growth phases.”

With a regained focus, Roodhuyzen de Vries can look clearly at the future of Fixico. “We want to cover all of Europe in three years”, he says. “It’s a market of €120 billion yearly, we’re currently not even covering one per cent.” After that? The USA makes sense. Especially now that they have AutoTech Ventures, an American investor, on board since their €12 million Series A funding round.

“Our North Star is to bring a revolution to the industry. We want to permanently change and digitise it. Fixico has so much potential. We believe that the automotive after sales industry is on the verge of major breakthroughs. Disruptive market trends and an increased need for centralization and digitisation create the perfect conditions to reshape this virtually untapped part of the automotive market. We’ve only just begun.”

Can India’s Clubhouse Alternative Leher Break In To The Mainstream?