Fashion, online grocery and last-mile delivery will be a key priority for the company 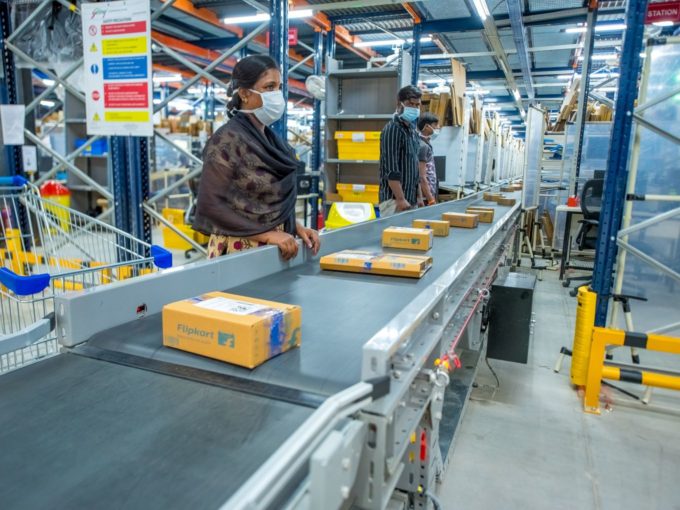 After weeks of speculation about a new funding round, Walmart-owned ecommerce giant Flipkart has raised $3.6 Bn from a slew of investors, including the parent company. Besides Walmart, Singapore-based GIC, Canada Pension Plan Investment Board (CPPIB), SoftBank through the Vision Fund II have also participated in the round, which takes Flipkart’s post-money valuation to $37.6 Bn.

Flipkart Group CEO Kalyan Krishnamurthy said the company will focus on accelerating growth for small and medium businesses, including kirana stores. “We will continue to invest in new categories and leverage made-in-India technology to transform consumer experiences and develop a world-class supply chain,” he added.

Flipkart will also make deeper investments across people, technology, supply chain and infrastructure to address the requirements of a rapidly growing consumer base in India. A key focus area would be informal commerce segments such as its social commerce initiative Shopsy, fashion category on Myntra and Flipkart, online grocery and last-mile delivery business where it works with kirana stores.

In the past weeks, in addition to the funding round, the company has been reported to be planning a $125 Mn ESOP buyback, but no details of such a buyback were announced by Flipkart.

The return of SoftBank as an investor is particularly interesting, given that SoftBank had a significant stake in Flipkart till three years ago, which it exited when Walmart acquired Flipkart. Masayoshi Son led SoftBank exited Flipkart after selling its entire stake of 23.6% to US-based Walmart Inc.

“SoftBank’s reinvestment in Flipkart is driven by our experience with and conviction in the company’s management team to continue addressing the needs of the Indian consumer in the decades to come,” said Lydia Jett, partner at the Japanese venture investor.

SoftBank Vision Fund 2 has made aggressive bets in India this year. It is now set to invest in food delivery unicorn Swiggy, which would be its first bet in the foodtech space. SoftBank’s investments in fintech firm Zeta last month valued the firm at more than $1 Bn. In April, Facebook-backed Meesho became the first Indian social commerce startup to enter the unicorn club, after raising $300 Mn in a funding round led by Japanese conglomerate SoftBank. Gurugram-based B2B marketplace OfBusiness is reportedly in talks with Japanese venture capital giant SoftBank to raise $100-150 Mn at a valuation of $1.2 Bn, which would make the company the latest unicorn in India.

What to expect at YourStory’s premiere BFSI Leadership Summit

How to Create a Winning Sales Team

Ecommerce trends to watch out for in 2022