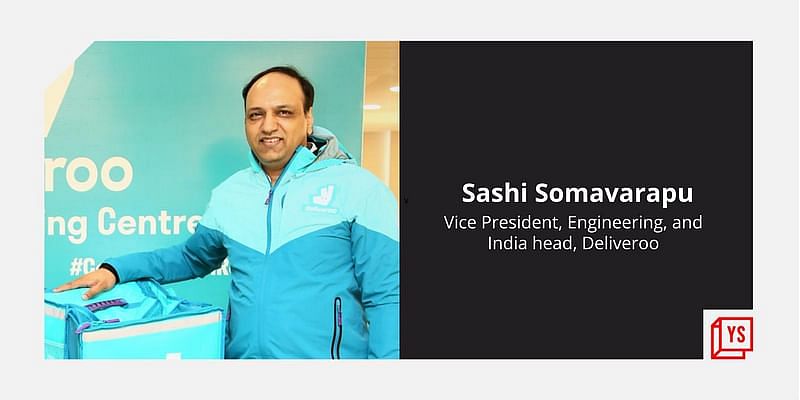 London-based food delivery aggregator ﻿Deliveroo﻿ is in the process of making India its second development hub outside of London. The company said it plans to develop products and pilot services from India for 11 other locations, including Singapore, Hong Kong, and Australia.

Deliveroo has operations in the Netherlands and France, among other European locations, as well as Kuwait and the United Arab Emirates in West Asia, at present.

Founded in 2013 by former investment banker William Shu and Greg Orlowski, Deliveroo announced its India entry in March this year. The food delivery startup will set up its new engineering centre in Hyderabad, and plans to hire about 150 people.

Sashi Somavarapu, Vice President, Engineering, and India head, told YourStory, “If you look at our operational locations, India is in the middle of these places, making it a hub. Apart from hiring engineers to develop products, we can also service countries, which are not in the UK time zone.”

For instance, the peak ordering time is high in Australia, so it would be early for the London team to respond. But the team sitting in India can service products as the Indian time zone is only 4.30 hours behind Australia compared to the 9 hour time difference with the UK.

Sashi also hinted at taking lessons from the booming quick commerce sector in India and applying it to other markets.

“Getting something delivered in 10 minutes is new not just in India, but also in other markets where we operate,” he said.

A former supply chain engineer at AJIO, Sashi made a couple of food deliveries himself in London using the firm’s rider app to understand how to develop their product.

India’s food delivery and quick commerce market has boomed in the last two years, pushed by pandemic-led lockdowns. While Swiggy and Zomato’s delivery stats shot up, the latter’s blockbuster listing has only created more buzz in the delivery sector.

New entrant Zepto is only adding fuel to the quick commerce competition. The grocery delivery player raised $360 million in less than five months since inception at a total valuation of $900 million.

[Tech50] How Bengaluru-based Neokred is offering ‘bank in a box’

How to Avoid Marketing Fatigue with Richard Wall