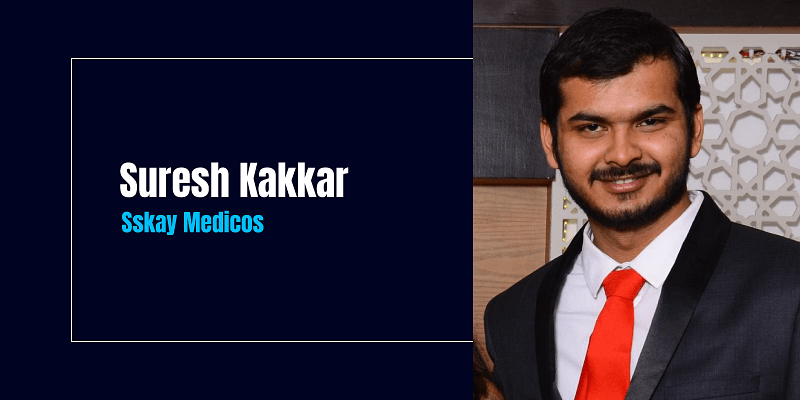 Suresh Kakkar’s role model is his uncle who lives in England and the best advice he’s given him is to try and learn as much as you can. And, that’s exactly what he’s doing at his current job at Sskay Medicos. “My father started this MSME 30 years ago and I’m currently focusing on solving inefficiencies within the organisation,” he says.

Growing up in Punjab, Suresh says he’s proud of the rich cultural heritage of the state. When he was young, he dreamt of becoming a cricketer but decided to venture into entrepreneurship instead as he felt that it gave him more control and was a respectable position. He adds that he loves managing the company and most importantly, supporting his father.

If given the opportunity to have dinner with four famous people, he would like to invite former Prime Minister Atal Bihari Vajpayee, Ratan Tata, Azim Premji and the first Prime Minister of Bangladesh Sheikh Mujibur Rahman. If his house was on fire, the three things he would immediately grab after rescuing his family are his laptop, books and personal diary.

The one subject he would teach in school, if given the chance, is sociology and one of his favourite movies is the 1994 Hindi film Aag. Suresh considers clearing the UPSC Mains exams his greatest achievement and according to him, success is when you are able to balance your professional, personal and social life.

He’s a coffee-loving night owl whose favourite day of the week is Saturday. “That’s the only day I can sleep till late and not worry about getting up early the next day.”

In his free time, Suresh reads news articles and listens to Pakistani Indie pop music. He also loves conversing with people with some of his favourite aloo paratha on the side. He is into Hindi poetry and is currently reading a collection by Sparsh. Someday, he wishes to explore south India and experience the culture as it’s quite different from that of the northern part of the country.

Suresh Kakkar is a member of Xcelerator Ludhiana Class of 2021. Learn more here.

Azure Machine Learning Webinar recap: A sneak peek at the process and possibilities of AML

Will India’s startup ecosystem strive or thrive after the JPC’s Report on the PDP Bill?