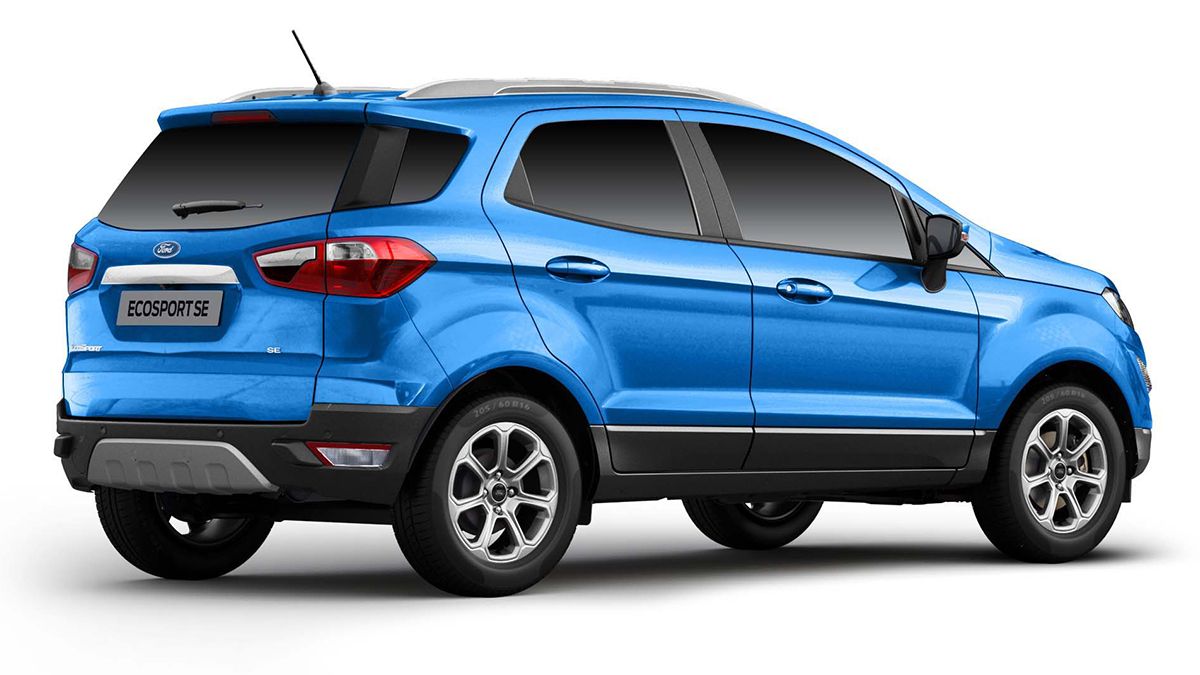 Ford India has expanded the EcoSport line-up with the launch of the Ford EcoSport SE. The SE features a revised rear section and is priced at Rs 10.49 lakh for the petrol version and Rs 10.99 lakh for the diesel variant (ex-showroom). This places it below the Titanium Plus in the EcoSport variant line-up. The big change with the EcoSport SE is the redesigned rear-end. The tailgate-mounted spare wheel has been dropped with the number plate taking its place and the silver faux skid-plate being added to the rear bumper.

This is a similar arrangement to what is seen on the international-spec EcoSport exported from India. Ford will offer a puncture repair kit with the spare wheel now gone. The company says owners will be able to repair a flat tyre quickly with this, without having to remove the tyre from its housing. As per a ruling in 2020 from the Ministry of Road Transport and Highways, passenger vehicles don’t need to be sold with a spare tyre as long as they are fitted with tubeless tyres and a tyre pressure monitoring system (TPMS). With the spare wheel gone, the registration plate housing moves to the tailgate of the Ford EcoSport SE. Image: Ford

Other than this, the EcoSport SE remains unchanged from the standard EcoSport that remains on sale alongside. The Ford EcoSport is paired with the 1.5-litre naturally aspirated petrol engine that makes 122 hp and 149 Nm. A diesel version is also on offer that uses a 1.5-litre motor to make 100 hp and 215 Nm. The EcoSport SE is only available with a five-speed manual with both engine options.

4K camcorders for the filmmaker in you- Technology News, FP