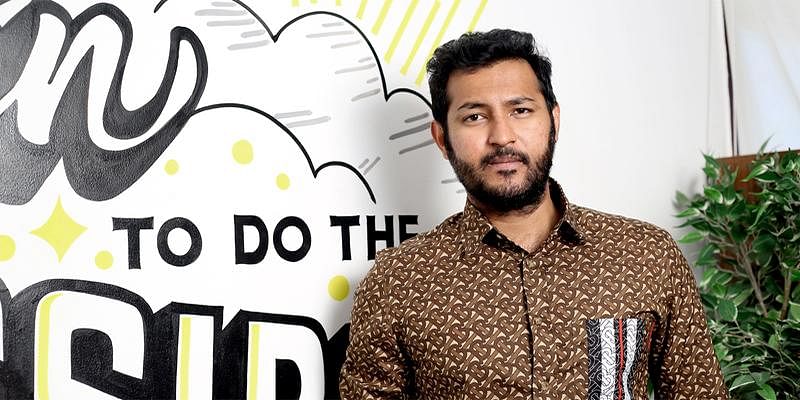 New technologies have a lot of potential to improve government infrastructure and transform lives around the world. It is crucial for governments to embrace technology as it intrinsically enhances traditional ways of interaction with the public by improving collaboration and security. Even in India, government offices have come a long way as technology empowered them to serve the public with more transparency and efficiency. Hyderabad-based smart governance startup Pixelvide is an important part of similar success stories in several state governments across the country.

Pixelvide was launched in 2011 when its founder Prathyush Jeereddy was still studying in BITS Pilani’ Hyderabad campus. Over time Pixelvide has brought about efficiencies at scale for various government departments with its unique tech solutions. For Prathyush, his journey started while he was tinkering with tech-based products with a team of five people. “It was then that we got introduced to the government sector. We developed a few products for various government departments and realised the potential of technology products in governance. We then started building more products, especially in the fintech space, and started to automate different processes for a couple of state governments,” says Prathyush. Since then, there has been no looking back for the Pixelvide team as they came up with niche tech-based solutions to help governments tackle major problems that have existed for decades.

Some of Pixelvide’s major contributions in the past five years were primarily in the fintech sector. They started by building applications that digitalised many processes for state finance departments in the past three years. Their flagship product the Integrated Financial Management and Information System (IFMIS) is one of India’s finest financial management solutions and can help governments manage their expenditure, revenue, budget, commitments and debt from one place.

Pixelvide’s IFMIS has been helping state governments in enhancing the effectiveness and transparency of public resource management, managing ways and means, regulating built up arrears and analyzing the state’s finances more effectively. “Organizations such as the International Monetary Fund have continually recognized the importance of a good financial management information system (FMIS). It is considered to be an important benchmark for the country’s budget reform agenda and growth prospects,” says Rohith, AVP Projects at Pixelvide.

The long road ahead

Since the past one year, the GovTech startup has been foraying into domains like smart metering infrastructure, land digitalisation and traffic automation systems in the government space.

A tool that is an example of Pixelvide’s vision for smart governance is the ‘DCT Box’ which is an IoT-based product that enables remote reading, monitoring and control of energy meters. It is an external device that when connected to an electric energy meter can collect data according to configured frequency or demand. Apart from the accurate calculation of costs, the DCT box ensures transparent insights into energy usage.

The DCT box exemplifies how Advanced Metering Infrastructure (AMI) can be implemented to offer real-time data for different types of stakeholders for various purposes. The DCT box can be used to bring in operational efficiency of power distribution companies and improve forecasting of electricity demand. Pixelvide believes that a pan-India implementation of AMI would help in paving the way for future power sector solutions such as automated billing, consumption pattern analysis, power demand forecasting and effective monitoring for free power supply, among others.

Pixelvide has brought in innovation with its unique solutions in the area of land digitalisation as well. According to a report, an estimated 7.7 million people in India are affected by conflict over 2.5 million hectares of land, threatening investments worth millions. The lack of transparency in land ownership records not only delays production but also adds to the pendency of cases in legal courts. Another report claims that about 66% of all civil cases in India are related to land/property disputes and this in turn leads to log-jammed courts which is wiping almost 0.5% off India’s GDP.

The startup plans to store the collected data using blockchain technology providing a highly secure record of ownership that cannot be manipulated. On a central server or a central archive if data is lost, it leads to the end of all claims, whereas blockchain allows information to survive any disaster. It extends beyond a pure database, leveraging the opportunity to create a permanent, unbreakable record of ownership for land.

The startup aims to come up with tech solutions that would boost efficiency and transferability in government services. The Pixelvide team truly thinks that through convergence of technology with governance one can spearhead substantial changes with far reaching consequences. Although the work in the government sector can be challenging at times, it is equally gratifying to solve problems that have a deep social impact. In future, the startup aims to benefit millions of people with its tech solutions that can help governments take governance to the last mile.

Is the remote working model here to stay?

Clubhouse Strategy: How Your Business Can Benefit

Learn how to build a fast, scalable data system on Azure Hyperscale (Citus) and Cosmos DB

Crypto and the Future of Business: A Primer