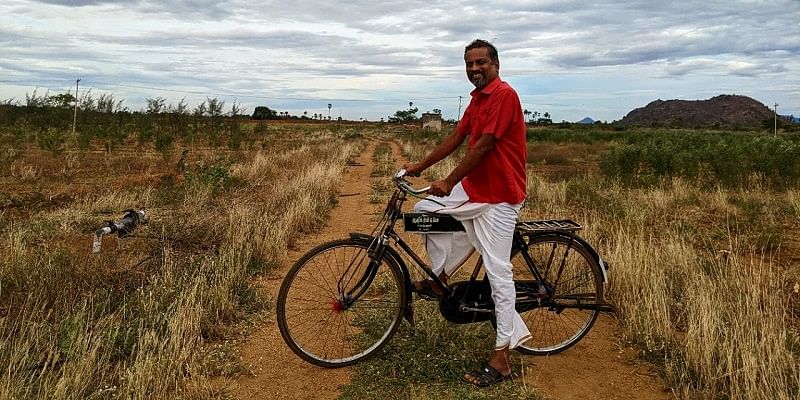 Zoho Corporation has completed 25 years of being a global technology provider, and in his inimitable unassuming style, Founder and CEO Sridhar Vembu, in a blogpost on the company’s website, plays down the milestone by saying,

“All we know about Zoho Corp is that we were born sometime between late 1995 and early 1996 and we acquired the Zoho.com domain sometime in 2002 and changed ourselves to Zoho Corp in 2009. We have definitely completed 25 years in business, but we cannot be sure when we were exactly born!”

It’s no great surprise that Sridhar Vembu, famously known as the man who turned down venture capital money, and who believes that Indian engineering talent from small towns can build world class software products, has a huge fan following from inside the startup industry and beyond.

Here’s an interesting anecdote – the domain name Zoho originally belonged to a US-based hospitality startup that had raised $53 million in 1999 to scale up. Unfortunately, the fairy tale story of great valuations turned out to be a nightmare for this hotel aggregator, which went into liquidation around the years 2000-2001. Sridhar and his team loved the domain name, and picked it up from the court that was handling the liquidation process.

The domain cost Sridhar an expensive $5000 in the year 2002, but it turned out to be the best decision his team had made.

They used the domain to launch a suite of office products for the parent company, AdventNet Technologies, and rebranded the company as Zoho Corp by 2010. By then the SaaS business had already crossed $100 million in revenue, inspiring the likes of Freshworks, and all the other SaaS-based startups to rise from India to make global impact.

Sridhar has been known to build great teams. His experience stems from the 1999-2000 dotcom bust, when a VC that offered him a $10 million cheque, and a valuation of $140 million, was disappointed that Sridhar declined the offer.

“The philosophy of taking somebody’s money and promising them what they want looks like a gamble to me. So, like a good man, I said no to the money. But, at the time, I was termed arrogant by the VC, and he left the office fuming,” Sridhar Vembu told YourStory in an earlier interview.

“It was a good decision because today I can experiment with technology, and invest 50 percent of my money in R&D without having someone telling me where I should put my money,” he added.

Sridhar saw many such VC firms come and go, and also witnessed many companies fail to scale up during the 1999 and 2008 financial crises.

Reminiscing those days, Sridhar, who also pays tribute to the company’s co-founders in his blog post, says, “Then the dotcom/telecom bust of 2001 arrived, followed by September 11. Business pretty much dried up. It was obvious to me that the telecom market was not going to come back, and all our revenue was from that market. We had cash in the bank and had young and eager engineers. I figured out a reinvention strategy, and that involved ManageEngine and our cloud division Zoho.com which were born in 2002 and 2005 respectively.”

Fast forward to 2020, as he watched another crisis unfold with the COVID-19 pandemic outbreak taking down several businesses, Sridhar made sure Zoho had stable cash flows whilst enabling its 6000 plus employees build quality products for the world from their homes in Tier III and IV towns.

Sridhar now lives in a village somewhere near Tenkasi and Tirunelveli, from where ﻿he has been trying to pull off the unexpected for the last ten months. He has been ardently pushing for social impact by trying to make villages a coding hub, whilst mixing creativity, commerce and productivity.

In his blogpost, Sridhar says, “We invested heavily in R&D for such a young company even in 1998 with $1 million in sales, and we invested heavily again in 2003-05 to bootstrap our next business. This company’s history is essentially powered by R&D and with committed people.”

As someone who truly believes that ‘village offices’ would be the ‘future of work,’ as village economies begin to prosper, Sridhar concludes in his blog, “We hope to stay humble and true to our roots, no matter what our age is.”

the story of Indusface’s Ashish Tandon

Lionel Messi is BYJU’S Global Brand Ambassador for its social initiative, Education for All

Revenge travel and the opportunities in effortless Cross Border Transactions

Lata Mangeshkar passes away at 92