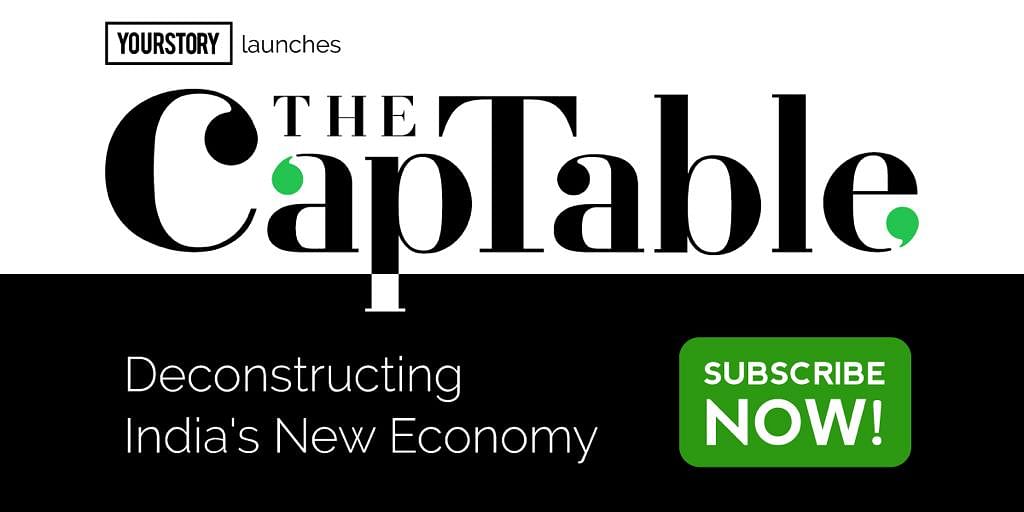 “Around 2013, while managing my traditional family business in Nashik, I was introduced to the world of tech startups and their impact creation stories via YS. For people like and around me, YS was a single point gateway to learn all things about startups in the early days of India’s venture ecosystem. Those stories (eventually) inspired me to start my logistics startup SENDIT in 2015,” writes Darpan Jain, Co-founder of SENDIT.

Everyday my team and I receive such messages from young entrepreneurs on how YS was the inspiration for them to start up. How the stories of the trials and triumphs of entrepreneurs gave them the much-needed impetus to take the plunge, if you will, into the wild wild world of entrepreneurship, with all its adventures and wins and risks and rewards.

To be honest, in an ideal world, these are the messages by which one would measure the success of YS’s mission. And even the impact of what we’ve done for the past 13 years and what we continue to do — stand for the entrepreneur, for the underdogs, for the changemakers, for the innovators, for the problem-solvers… for those who refuse to accept the status quo. To tell their stories. And to tell it well.

Indeed, YS has been privileged to have a front-row seat to the rapid evolution and growth of the Indian startup ecosystem. We’ve also been widely recognised for our role in shaping the narrative of the Indian startup ecosystem, having been the very first media platform that began writing about startups at a time when the word ‘startups’ was unheard of in India and entrepreneurship as an occupation looked upon with great peril.

But over the years, the rapid transformation and growth of India’s tech startup ecosystem and its digital economy have captured the world’s attention, as companies and decision-makers around the world seek to understand the new wave of innovation arising from here. And with that:

Led by a team of experienced and informed editors and reporters who are obsessed with the new economy, The CapTable will provide an inside view of the strategic trends and shifts taking place in and impacting fast-growing technology companies by digging deep to provide a holistic view of trends and events impacting all stakeholders of a company as detailed in its capitalisation table (the cap table).

I am happy to welcome Madhav Chanchani as the founding editor of The CapTable, along with the core team comprising Aditi Shrivastava, Feroze Jamal, and Pratik Bhakta to build out YS’s premium subscription-based editorial platform.  The team comes with over 50 years of collective reporting experience, which includes covering India’s tech and startup ecosystem in leading global and national media houses such as the Economic Times, Reuters, Times of India, MoneyControl, among others.

As a team, they have broken some of the most important stories on India’s largest internet companies at The Economic Times, The Times of India, and Moneycontrol. At The CapTable, you can trust that they will continue to break important news, provide actionable news and insights, and deliver objective, incisive, fact-based analysis on India’s new economy.

Already during the pre-launch phase, the team was the first to report that Freshworks Founder Girish Mathrubootham and Eka’s Manav Garg are setting up a $80 million SaaS fund and also published deeply reported data-driven stories on Zomato’s turnaround in 12 months as it rushes for an IPO, Amazon’s big fintech play in India, now featuring a neobank and an interview with entrepreneur and investor Balaji Srinivasan on why India should not ban crypto, among many others.

In deconstructing India’s new economy, The CapTable will uphold the YS values of telling authentic stories and listening to all sides of the story to deliver the closest version of the truth to you. In addition, The CapTable will be an optimistic critic of India’s tech and innovation-led ecosystem at a crucial time in its history.

Undoubtedly, startups and digital companies have become strategically important to the Indian economy as it aims to reach $5 trillion in GDP by 2025. These companies have attracted anywhere from 25-50 percent of FDI coming into the country for the last two years, with billions in investments from some of the world’s largest technology companies such as Amazon, Google, Facebook, Softbank, Tencent, and Alibaba.

To be clear, India’s startup ecosystem has now become as mainstream as it can get on the back of various initiatives to promote entrepreneurship in the country, including Prime Minister Narendra Modi’s Startup India, Standup India, and Digital India campaigns. We now have over 40 unicorns in India, and rank only behind China and the US in terms of new company formation and new billion-dollar companies.

Looking ahead, the Indian tech and entrepreneurial ecosystem is only poised to grow rapidly from here and with the launch of The CapTable, YS will be able to deliver meaningful impact by enabling decision-makers at leading firms to make the right strategic decisions today to stay ahead tomorrow.

With that, I’m convinced that YS’s impact will extend beyond enabling startup discovery and empowering a new wave of Indian entrepreneurs and changemakers, to providing holistic news and insights impacting all the stakeholders of these fast-growing companies that will, in turn, fuel the decisions that will shape the future.

The team behind The CapTable launch

I’m very proud of my entire team who came together to bring you yet another new YS offering that will further bolster the ecosystem. As a founder, it’s a proud moment to have a team that believes in and shares your vision, and I’m very happy to have Madhav, Aditi, Feroze, and Pratik join us to further this vision with The CapTable.

It’s also very motivating as a founder to have strong cross-functional team collaboration, as teams across the company worked closely with Madhav and team to bring out YS’s premium subscription product.

For realising the design vision of The CapTable, the stellar graphics, and the video messaging, my thanks to our Design and Video Head Aditya Ranade and the team including Avinash Ramanath, Amith Ediga, Manash Pratim, and Winona Laisram. My thanks also to the digital marketing, community, and communications team — Aaron Karthik, Harish Vadde, Tamil Maran, Aiyappa Somayanda, Anagh Ajmire, and Tenzin Pema.

And of course, I would be remiss if I didn’t thank the entire YS team and our community of readers, partners, and well-wishers — for consistently believing in and supporting our long-term vision and embracing our every offering with so much love and enthusiasm. I trust you will do the same with The CapTable too.

The articles on YS will remain free and we will continue to come up with new innovations to serve you. The CapTable by YS is another step in our mission to do everything we can to power entrepreneurs and the India story.

Creativity is a journey, not a destination – success tips from three Chitra Santhe artists