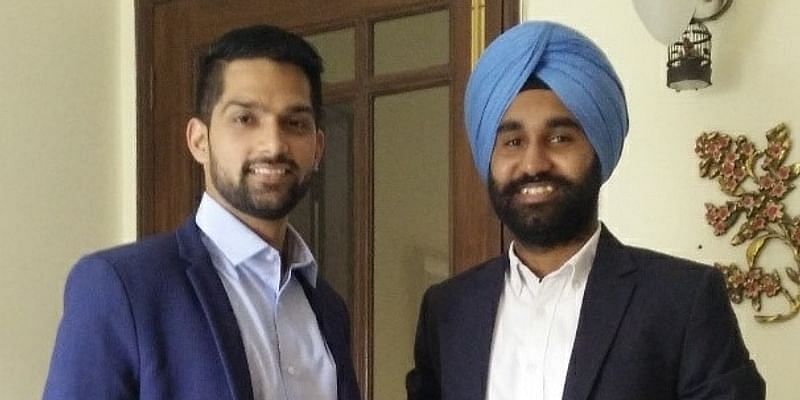 Gurugram-based FarMart, a mobile-based agritech platform, has announced that it has raised $2.4 million (approx Rs 17.7 crore) in pre-series A round led by Omidyar Network India and Avaana Capital. Existing investors Indian Angel Network and LetsVenture also participated in this round.

According to the press statement, the funding will be used by FarMart to focus on product development, user base expansion, and to scale its market linkage capabilities.

Founded in 2016 by Alekh Sanghera and Mehtab Singh Hans, FarMart helps agri-retailers serve farmers better by providing them with access to information, market linkages, and input.

The company said it aims to make the entire value chain – from input to output – streamlined and remunerative. It does so by leveraging technology, the trust of the agri-business communities, and optimising under-utilised assets of the retailers.

“Through our product-first approach, we have been able to create a scalable, trust-based distribution network that helps us gain access to farmers at the first mile. With this funding round, we seek to further our mission to become the largest online platform connecting food businesses with over 10 million farmers through our nationwide retailer network by 2025.”

Within nine months of launch, FarMart said it has onboarded 10,000 retailers and has access to 400,000+ farmers across 15 states in the country.

Commenting on the investment, Madhav Tandan, Director, Omidyar Network India, stated, “With its innovative tech-led, merchant-centric, and distribution-first model, FarMart has set out on a journey to create an agri platform that helps increase value realisation and income for farmers. They enable better access to markets, aggregate produce using existing infrastructure, and are using data at the core of their decision-making.”

Shruti Srivastava, Principal, Investments, Avaana Capital stated, “Alekh and Mehtab have created a business model that encapsulates our view on how technology can connect various stakeholders to improve realisations for farmers and offerings for buyers, while also building a scalable, defensible, and profitable business model. We are encouraged by the traction of their micro-entrepreneur-led market linkage platform and are confident in the team’s ability and knowledge to take this business to great heights.”

Can $100 million get Wildtype’s cell-grown ‘sushi-grade’ salmon into the wild? – TechCrunch

Can Groww Charge Up Its Banking Play With IndiaBulls AMC Acquisition?