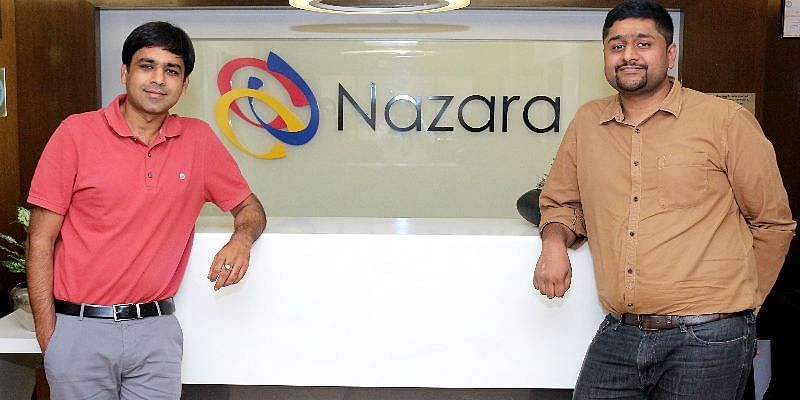 Gaming firm Nazara Technologies on Tuesday said it has mopped up a little over Rs 261 crore from anchor investors ahead of its initial public offer, which opens for subscription on Wednesday.

The company’s initial public offer (IPO) committee has decided to allocate 23,73,395 shares to 43 anchor investors at Rs 1,101 per piece. At this price, the firm has raised Rs 261.31 crore, Nazara Technologies informed BSE.

Nazara’s public issue will see sale of 52,94,392 equity shares by the promoters and existing shareholders.

The offer includes a reservation aggregating up to Rs 2 crore for purchase by the company’s employees.

At the upper end of the price band, the IPO is expected to fetch Rs 583 crore.

Explaining the rational behind the IPO, the company said that listing of equity shares will enhance its brand name and provide liquidity to the existing shareholders.

The listing will also provide a public market for equity shares in India. The equity shares are proposed to be listed on BSE and NSE.

In January, WestBridge Ventures II Investment Holdings, a fund managed by WestBridge Capital, exited from Nazara by selling shares worth over Rs 500 crore to Plutus Wealth Management LLP and its associates.

Apart from the latest transaction, WestBridge had sold shares to IIFL Special Opportunities Fund and Rakesh Jhunjhunwala, who had invested Rs 327 crore and Rs 182 crore, respectively, in Nazara during 2017.

The company has undertaken investments and acquisitions in various gaming categories, including e-sports, edutainment, infotainment, fantasy sports, multiplayer games like carrom and mobile cricket games, among others to strengthen its position in the gaming and sports media space.

Nazara owns IPs, including WCC and CarromClash in mobile games, Kiddopia in gamified early learning, NODWIN and Sportskeeda in esports and esports media, and Halaplay and Qunami in skill-based, fantasy and trivia games.

The company had earlier filed preliminary papers with Sebi in February 2018, and had received approval from the market regulator to float the IPO but the firm did not launch its public issue.

3 Interesting Design Elements to Consider for Your Commercial Business

Amid funding boom in Indian startup ecosystem, how VCs can help beyond capital contribution